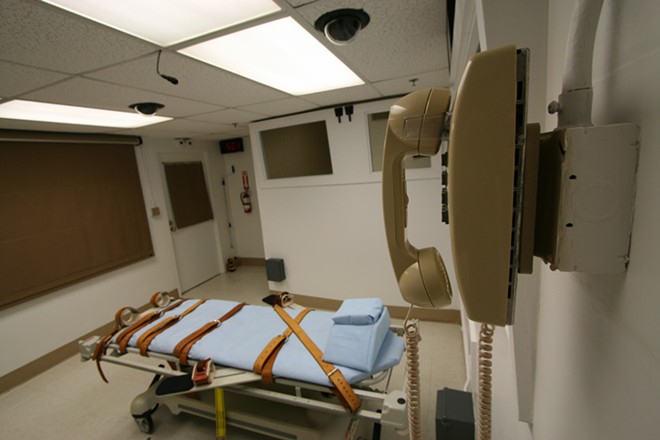 Photo via Florida Department of Corrections
The Florida Senate on Monday passed a measure that would more broadly cloak information about people and businesses involved with state executions and the drugs used for lethal injection, positioning the proposal for action by Gov. Ron DeSantis.

Current law includes a public-records exemption to shield information about people such as executioners and the prescribers of drugs for lethal injections. The proposal would broaden that to cover people or entities involved in any step in the execution process.

Department of Corrections officials contend the additional secrecy is needed so they can continue executing Death Row inmates by lethal injection, as drug manufacturers and distributors refuse to allow their pharmaceuticals to be used in putting people to death.

The bill, which passed the House last week, would ensure that the corrections department “will be able to obtain the drugs necessary to carry out executions in the future,” Senate sponsor Doug Broxson, R-Gulf Breeze, said before the Senate passed the measure in a 28-10 vote Monday.

Brandes, who is in his final year in the Senate and has crusaded for criminal justice changes, argued that information about the death penalty in Florida, which has one of the nation’s broadest open records laws, should be open to the public.

“If there’s one place, one place where the state should be transparent in everything that it does, it’s the process of putting somebody to death,” Brandes argued before Monday’s vote. “We should provide transparency in the drugs that we use, the cocktail that we use, how we purchased those drugs, the distributor that we got them from, so that everybody understands everything that we can about the process by which Florida uses to exercise the highest penalty that we have. This bill puts that in the shadows.”

If the state has a difficult time purchasing the drugs used for executions, “that’s part of the process,” Brandes continued.

Florida, one of 27 states that allow the death penalty, added lethal injection as a form of execution after a botched electrocution of Death Row inmate Allen Lee Davis in 1999.

In 2006, Florida Gov. Jeb Bush put a temporary hold on executions in the wake of the botched death by lethal injection of Angel Diaz, who took more than 30 minutes to die after being injected with the drug cocktail then used by corrections officials.


Proponents of the bill Monday argued that the state could have to resume the use of the electric chair if it is unable to purchase the drugs used in the three-drug lethal injection cocktail.

“The fact is that if you vote against this bill, you’re insisting on DOC (Department of Corrections) using a method that we went away from … and I don’t want to see that happen. I want to see us do something that’s right, humane,” Broxson said.

But some critics of the bill say it’s unlikely the state will return to using the electric chair.

Amid difficulty obtaining drugs used in lethal injections, some states have switched their execution methods, while a growing number have done away with the death penalty altogether.

Florida changed its lethal injection protocol in 2017, after the Department of Corrections ran out of the sedative midazolam hydrochloride, ran low on potassium chloride – the final drug in the triple-drug cocktail – and began stockpiling three new drugs.

“Historically, once FDC’s (Florida Department of Corrections’) source of protocol drugs is publicly known, the department is no longer able to purchase drugs from that source, leading to a potential inability to obtain drugs used in lethal injection and therefore an inability to carry out its statutory mandate,” an agency analysis of the bill said. 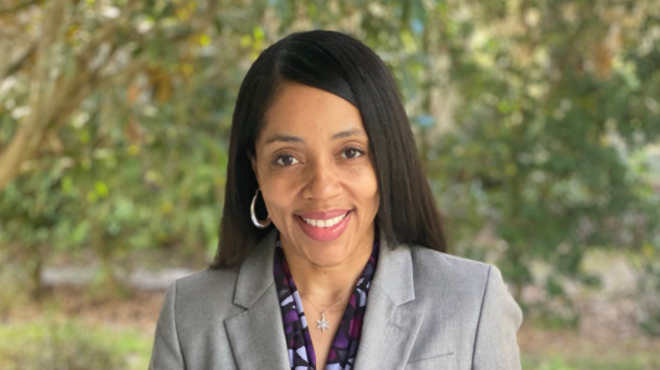 “If Florida wants to execute people, the state of Florida should be honest and upfront about how it’s going to happen. If there is no way to do it that is not cruel and unusual, then we shouldn’t have a death penalty,” he said. “Hiding information won’t make the punishment or process better. Hiding information will make things worse.”

The legislation is “wrong headed,” First Amendment Foundation president Pamela Marsh said in a phone interview Monday. (Disclosure: The News Service of Florida is a member of the foundation.)