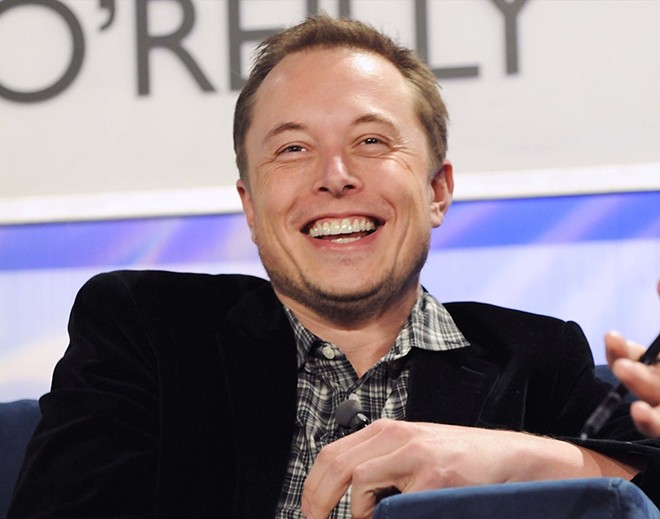 I took a break from Twitter this week. It wasn’t intentional. I didn’t do it for my mental health or as an act of protest, nor did I delete my account. Elon Musk might be doing his best to make Twitter the next MySpace, but its fate doesn’t depend on whether I stick around not paying $8 a month to share a blue check with neo-Nazis.

I’ve set up accounts on Mastodon, Post and Hive for future use, but the former is inscrutable, and the latter two are … I’m not sure. (I do not have a Truth Social account for the same reason I don’t drive a pickup with Truck Nutz on the back.) In any event, whenever the bird app crashes and burns, something will take its place as a hub for journalists and academics to trade information. As long as that thing isn’t TikTok, I’ll be fine.

In any event, the exercise was relaxing. And on Friday night, when Musk and his pal Matt Taibbi released the ”Twitter Files” — internal documents about Twitter’s handling of the Hunter Biden laptop story before the 2020 election — I thought maybe I’d take Twitter vacations more often.

Despite a lot of hype, the documents themselves were … less than revelatory. We knew already that Twitter, like Facebook, had removed links to the New York Post’s scoop about Hunter’s laptop, a weird story that popped up just before the election with all the markers of a disinformation, which didn’t stop the Post from jumping in with both feet.

In short, a guy who runs a laptop repair store in Delaware said that someone dropped off Hunter’s damaged Macbook Pro but never picked it up. So the store owner shopped the hard drive, which had thousands of Hunter’s emails about business deals, to Rudy Giuliani and Steve Bannon — very credible people, those two — who gave it to the Post after other media outlets, being unable to verify the hard drive’s legitimacy, passed.

Over the last few months, experts hired by The New York Times, The Washington Post and CBS News have confirmed that the emails appear to be real, so the Post is taking a victory lap.

Musk — having spent a fortune to buy a company he has no idea how to run, then fired everyone who knew what they were doing — decided now would be an opportune moment to own the libs by leaking internal documents to Taibbi, which included a congressman’s personal email and the names of some Twitter employees (who were immediately targeted by the redpill mafia).

And those documents revealed that, uh, no one really pressured Twitter executives to do anything. They thought the story was sus and decided to squash it on their own, citing an internal policy against promulgating hacked materials — which pretty much everyone who lived through the 2016 campaign thought the Post story was.

The only feedback they got was from Rep. Ro Khanna, D-California, who told them they shouldn’t restrict the story even if it was bullshit.

Amid blowback, Twitter reversed its censorship of the New York Post’s laptop story within 24 hours.

Taibbi also reported — sitting down? — that the Trump White House and the Biden campaign sometimes flagged posts to Twitter execs, and sometimes Twitter execs removed the content. One set of tweets the Biden campaign apparently asked Twitter to delete apparently contained Hunter’s dick pics, pulled from his laptop without his permission. Another was of Hunter smoking crack and getting a foot job (I don’t mean a pedicure).

Musk deemed this worthy of a fire emoji.

In a Truth Social post, Trump deemed this worthy of doing away with the Constitution: “So, with the revelation of MASSIVE & WIDESPREAD FRAUD & DECEPTION in working closely with Big Tech Companies, the DNC, & the Democrat Party, do you throw the Presidential Election Results of 2020 OUT and declare the RIGHTFUL WINNER, or do you have a NEW ELECTION? A Massive Fraud of this type and magnitude allows for the termination of all rules, regulations, and articles, even those found in the Constitution.”

It’s probably bigger news that an announced candidate for president who is under federal investigation for inciting an insurrection to install himself as president thinks he should be anointed president now because a private company didn’t promote oppo about his rival’s son.

This was enough to give Tucker Carlson frothing at the mouth: He said the documents “show a systemic violation of the First Amendment, the largest example of that in modern history.”

If you don’t like the way Twitter made content decisions, you could always buy the company for $44 billion, welcome back white supremacists, and watch your advertisers run for the hills and your users try to figure out what the fuck Mastodon is.