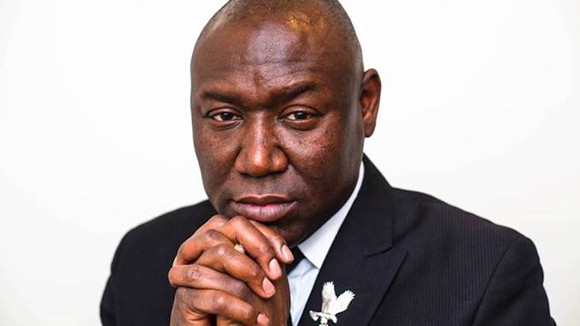 Photo via Ben Crump/UTA
Prolific civil rights attorney Ben Crump is filing a civil lawsuit against Walt Disney World and the Orange County Sheriff's Office over the "wrongful and traumatic" arrest of Hester Burkhalter, a then-69-year-old great-grandmother visiting the Magic Kingdom with her family in April 2019.

The arrest led to a felony charge and a 12-hour stay in jail, before a $2,000 bond was posted, despite a note from her doctor that Burkhalter had in her purse at the time of the arrest. The charges were later dropped by Orange-Osceola State Attorney Aramis Ayala.

The glass bottle Burkhalter carried into the park in her purse said it contained a peppermint CBD tincture with zero milligrams of THC, the chemical contained within cannabis that induces a euphoric feeling. She suffers from severe arthritis and was recommended the oil by her doctor.

Burkhalter hired Crump soon after the incident, announcing her intention to sue in May 2019. Crump is joined by co-counsels Mark Marderosian and Michele Rayner-Goolsby in the suit, brought by all five members of the North Carolina family, including their two minor children and adult daughter with disabilities.

The defendants in the suit include Disney executive chairman Robert Iger and CEO Bob Chapek, both individually and in their work capacities, along with the board members of the Reedy Creek Improvement District, as well as Disney chiefs of resorts and security.

CBD-infused products are supposedly legal to sell, ever since a 2018 federal law legalized the industrial hemp from which CBD is extracted, though Florida law remains unclear, leaving it technically illegal but mostly unenforced. Agriculture Commissioner Nikki Fried has advocated for making state laws consistent with federal. In the meantime, most enforcement crackdowns are against sellers, not consumers.

"At the Magic Kingdom security checkpoint, Disney employees found the CBD oil, separated Ms. Burkhalter from her family, and alerted local law enforcement," said Crump in a news release. "Upon receiving a negative field result for THC, local authorities tested the substance again instead of letting Ms. Burkhalter into the park. The second field test was positive for THC, and Ms. Burkhalter was detained, processed as a narcotics felon, and given a body cavity strip search."

Crump added that while Burkhalter was being transported to the station by sheriff deputies, she suffered a mild panic attack and vomited.

You can read the full lawsuit above.

Crump, the 73rd president of the National Bar Association, was the first African American to chair the Florida State University College of Law Board of Directors. He has won many awards, including the NAACP Thurgood Marshall Award.

"Disney's stated mission is to make everyone's dreams come true. Instead, they turned a harmless grandmother's expensive Disney vacation into a nightmare by treating her like a criminal with the full participation of the Orange County Sheriff’s Office," said Crump. "We have given Disney and Orange County several chances to own their mistakes and make this right. The arrogance, complacency and lack of corporate responsibility demonstrated by these organizations demand correction and justice."

This is an ongoing story. Disney has not yet returned a request for comment, but we will update this story if they do.