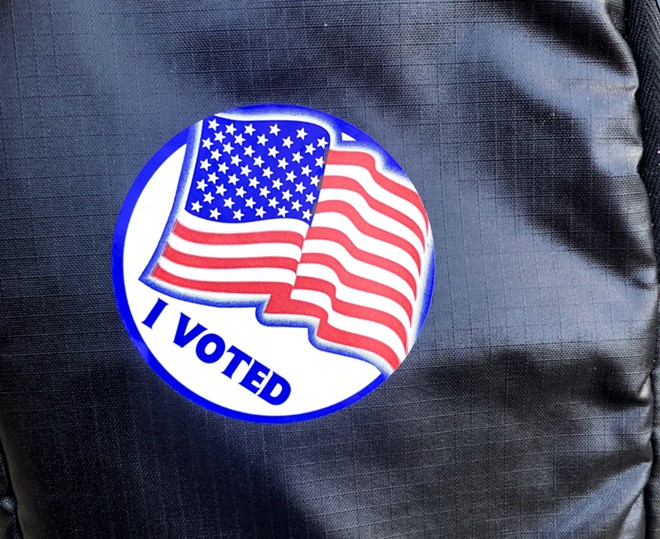 Photo by Monivette Cordeiro
Statewide Democratic candidates have tiptoed into an early, albeit slim, lead, as more than 5 million early voters have already cast their ballots prior to Tuesday's general election, breaking turnout records in the process.

As of Monday afternoon, 5,111,452 – almost 40 percent of the Sunshine State electorate – had turned out to vote early or by mail, according to the Florida Division of Elections. Early voting ended Sunday.

See those numbers above? There's a slight lead among Democrats, right?

That's a good thing for the favorite blue-hued jackasses, who are up by roughly a half-point. In Florida's statewide races, that could be an even better thing for Democratic gubernatorial candidate and Tallahassee Mayor Andrew Gillum, who's facing off against Republican U.S. Rep. Ron DeSantis, and incumbent Democratic U.S. Sen. Bill Nelson, who's getting a run for his money from Republican Gov. Rick Scott, who's term-limited.

It gets better for Dems (well, if you still give a damn about polls): A Quinnipiac University poll found Gillum is ahead of DeSantis by 50-43 percent, while Nelson leads Scott by 51-44 percent. The poll has an error margin of plus or minus 3.5 percentage points, so do with that as you will.

Meanwhile, an NBC/Marist poll found both Gillum and Nelson to have identical leads of 50-46 percent over their respective GOP challengers. That poll has an error margin or plus or minus 5 points, so make of that what you will, too.

In other words, none of the above is written in stone. This is Florida, after all – so it's probably for the best to expect the unexpected.

And if you haven't already, go fucking vote.