Alexandria Ocasio-Cortez has sealed her legacy, no matter where her political career goes from here

The politics of dancing 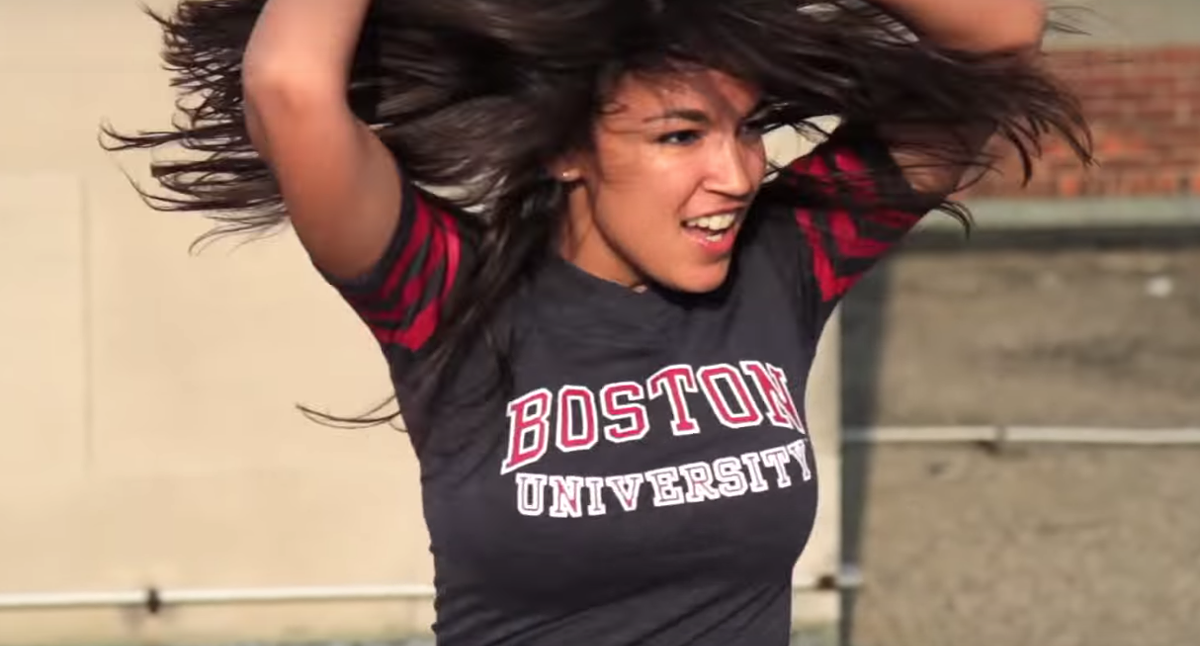 So often in the Trump era, the dominant news event is so mind-numbingly stupid that it barely warrants comment. Case in point: the government shutdown over the border wall, now entering its third idiotic week and apparently destined to continue until the president's temper tantrum runs its course and his handlers put him down for a nap. So we're going to set that aside for now. (Programming note: If Democrats agree to pay for one brick or steel slat, expect my next column to be an 800-word string of profanities.)

There were some amusing side plots to week one of the 116th Congress: Sen. Mitt Romney asserting himself as the GOP's moral compass and being reprimanded by his niece, the party's chairwoman; North Carolina preacher Mark Harris trying to sue his way to Congress after hiring a political operative who might have committed massive absentee ballot fraud in a now-disputed election; and freshman Rep. Rashida Tlaib of Michigan, whose declaration that she was going to "impeach the motherfucker" was met with a wave of performative pearl-clutching – from media scolds to Republican opportunists, from weak-kneed Dems to the motherfucker himself.

But the most interesting story has been the spectacle surrounding Alexandria Ocasio-Cortez, the 29-year-old Democratic Socialist from New York City who, as everyone learned this week, did a Breakfast Club dance homage while she was in college. Her unexpected primary victory in June made her an overnight sensation on the left and a creepy obsession of right-wing bro-trolls. The media elevated her as a charismatic and unscripted avatar for her generation, a potentially disruptive force. Republicans sought to paint her as a flighty, know-nothing commie, emblematic of a party headed hard left. Democrats, meanwhile, haven't quite been sure what to do with her.

For all the attention paid Ocasio-Cortez, however, she's just a backbencher, as her first days in office illustrated. Her efforts to rally Democrats – even progressives – against a pay-as-you-go provision that critics feared would impede initiatives like Medicare for All (it's complicated, but not really) failed badly. And while Pelosi created a climate change committee, it's weaker than a similar committee Pelosi established in 2007 and probably won't generate the sweeping proposals progressives want.

While AOC (she's famous enough for just initials, right?) has proven herself adept at working the limelight, the labyrinthine machinery of Congress, with its ingrained power structures and arcane rules, will take much longer to master. There, she'll be but one of 435, and most of the others will have seniority and the egos that come with it.

Yet AOC has already accomplished what most of them haven't, and never will. By thrusting the so-called Green New Deal into the mainstream and pushing for a war-like mobilization toward all-renewable energy – even if that means raising top marginal tax rates to 70 percent, which, while significantly higher than what we have now, is pretty moderate compared to that hippie Dwight Eisenhower's 91 percent top rates – she and her fellow young progressives are reshaping America's climate debate in ways that could reverberate for decades, something made all the more urgent by an October U.N. Intergovernmental Panel on Climate Change report that says the world has only a dozen years to limit global warming's catastrophic effects.

In other words, it's now or never. The Republican Party, with head firmly inserted into ass, has entrenched in the never camp. Which means if America's going to act, it's going to be the Democratic Party – a party that has spent much of the last half-century quivering at the sight of its own shadow – that does it.

With Trump in the White House and Republicans controlling the Senate, nothing like the Green New Deal will become law in the next two years. But that's not the play. The play is to empower the left to demand that the next Democratic candidate embrace an unapologetically green agenda, and it's working: Sen. Elizabeth Warren, the first top-tier Dem to declare her presidential intentions, has endorsed the GND; so have likely contenders Cory Booker and Beto O'Rourke, who recently came under lefty fire for violating a pledge not to take fossil fuel money. Jay Inslee, the governor of Washington, is preparing a presidential campaign centered on climate change. By summer, expect every viable candidate to have an audacious climate change plan, most modeled off the GND.

At minimum, winning the primary will mean acknowledging climate change as an existential threat requiring an immediate response. At best, the U.S. could be on the cusp of a long-overdue green revolution.

To be sure, AOC won't deserve all the credit if that happens; Al Gore was banging this drum while she was in high school. But, even before she cast her first vote, she helped light a fire that focused the left's attention on the dominant news event of our time, Trump antics be damned. And no matter where her political career goes from here, that's one hell of a legacy.