What's new on Netflix, Hulu, Amazon Prime and the rest of the streamers 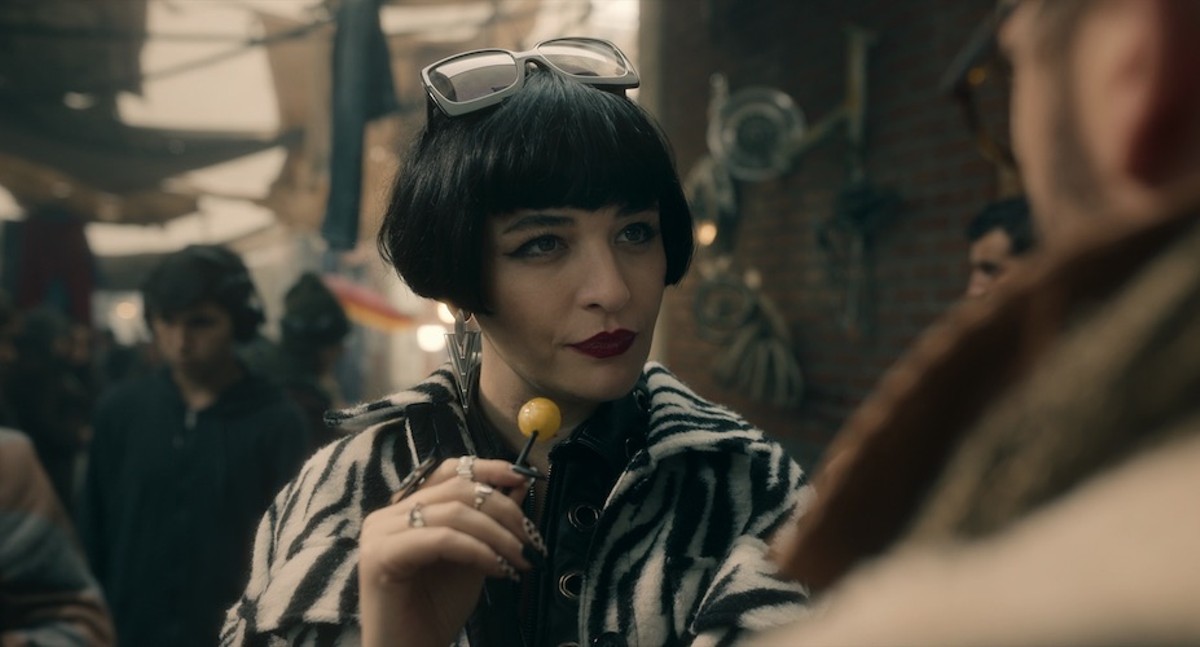 Premieres Wednesday: Christmas Full of Grace — Have the Brazilians actually found a new angle on the storytelling cliché of a loser hiring an imposter to pose as the object of his affections? If they have, it might make for a good Christmas romcom ... and a way for Bolsonaro to contest the election. (Netflix)

The Creature Cases — Your preschooler’s favorite fox and snow leopard return for a second season of solving the greatest mysteries in the animal kingdom. You know, like “Where on the food chain do we put Machine Gun Kelly?” (Netflix)

Irreverent — Arrow's Colin Donnell takes on the role of a Chicago gangster masquerading as a minister in a small Australian town. Sure, because if you want to go somewhere nobody would expect to see a criminal, your two top choices are Australia and the church. (Peacock)

A Man of Action — True events inspired this Spanish drama series about an anarchist who committed high-stakes bank fraud in order to advance his political agenda. That's pretty risky when the next-best option only costs $8 per month. (Netflix)

My Name Is Vendetta — A former Mafia hit man conscripts his daughter into his plans to get even with his enemies. No, I don't think the DCF would approve either, but it's still better than taking her to a Purity Ball. (Netflix)

Snack vs. Chef — Cooking competitions go all populist on us, as competitors vie to simulate the classic snacks of yore and whip up new ones "inspired" by them. Whoever remakes the $100,000 Bar out of crypto might have just stumbled across the world's new diet sensation. (Netflix)

Take Your Pills: Xanax — Learn if the famous mood-stabilizing medication is right for you via documentary sit-downs with pharmaceutical experts. Or if you want the same effect, you could just binge Planet Earth again. (Netflix)

Willow — Disney lets Warwick Davis back out of the closet to play the title role in a sequel series to his 1988 fantasy flop. Speaking of little people and '80s genre bombs, what's the over/under on Tom Cruise revisiting Legend? (I know, I know: Not much over, lots of under.) (Disney+)

Premieres Thursday: Gossip Girl — Season 2 of the sequel series shows us what's become of Michelle Trachtenberg's bitch-on-wheels character Georgina Sparks since the original show. Given that Georgina was once named one of the 21 Most Annoying TV Characters Ever by Entertainment Weekly, she has a lot to live up to. Maybe she's become a regional sales rep for Peloton? (HBO Max)

Jojo's Bizarre Adventure: Stone Ocean Part 3 — As the manga adaptation wraps up its fifth season, our heroine Jolyne is busting out of a Florida prison in the year 2011 to thwart a plot by Father Pucci to throw all of time into a permanent loop. And if you've been living in Florida since 2011, you may well suspect he succeeded. (Netflix)

Sort Of — The Canadian series about a gender-fluid Pakistani bartender at an LGBTQ establishment gets a second season and introduces a brand-new character: a driven young relative who tries to save the bar from extinction. Listen, if what went on at the Copper Rocket a few years ago had been nearly this interesting, I would have worked in a reference to it every week. (HBO Max)

Troll — Netflix says: A fantasy monster movie about an ancient creature that emerges from the pages of Norwegian folklore and slouches toward present-day Oslo. I say: A biopic on Kevin Sorbo. Tune in and find out which of us was right! (Netflix)

A Wounded Fawn — Jakob's Wife director Travis Stevens and star Sarah Lind reunite to tell the story of an art-gallery director whose new boyfriend is a serial killer. Hey, there's one excuse the Orlando Museum of Art hasn't tried yet. (Shudder) 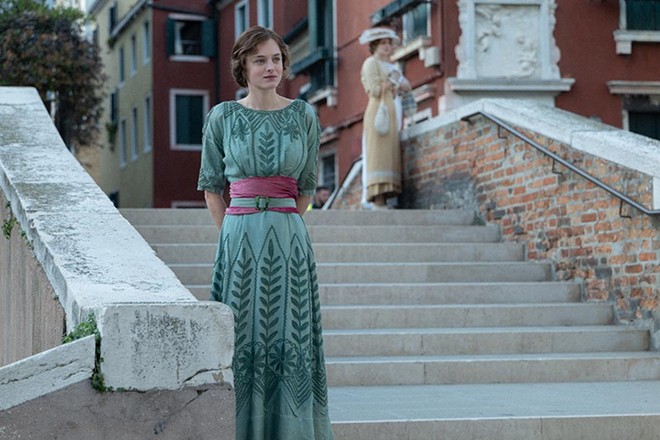 Premieres Friday: Diary of a Wimpy Kid 2: Rodrick Rules — The exploits of wimpy Greg's older brother are the focus of this animated kidlit adaptation, which was previously brought to the screen in live action in 2011. Know what else was live in 2011? Your mom. (Disney+)

Darby and the Dead — A high-school loner who talks to ghosts helps a recently deceased Regina George type have a happy 17th birthday after all. “After all?” When I was 17 in New Jersey, being dead was the birthday present everybody wanted but only the lucky kids got. (Hulu)

Firefly Lane — This second season is the last for the Katherine Heigl/Sarah Chalke drama that follows a best friendship from the teenage years to middle age. Drat, and I was hoping the show would last long enough that I could see Imelda Staunton take over. Both roles. (Netflix)

Hot Skull — A dystopian sci-fi series takes us to the Istanbul of the future, where an epidemic of insanity is transmitted via human language. Listen, folks, William Burroughs meant some things purely as a metaphor. Now take that copy of Aja out of your ass. (Netflix)

Lady Chatterley's Lover — Last year's Princess Di, Emma Corrin, takes the lead in the umpteenth adaptation of D.H. Lawrence's controversial novel. On TV at least, Corrin clearly now owns the character type of Upper-Class Adulteress You Root For. In the movies, meanwhile, they're Wife Who Gets Fucked Around on by Closeted Harry Styles. Can we still call that a helluva range? Or do we have to say "non-binary?" (Netflix)

My Unorthodox Life — In Season 2, ultra-Orthodox-Jew-cum-fashion-mogul Julia Haart and her family continue to adapt to their new situation as secular Manhattanites. "Y'all need to watch this too, I guess," shrugs respected critic Kyrie Irving. (Netflix)

Pentatonix: Around the World for the Holidays — The popular a cappella group stars in a winter fantasy that takes them across the globe in search of inspiration. But first, they have to escape from a "magic mailroom" their manager has trapped them in. Listen, Queens of the Stone Age couldn't come up with something this hallucinogenic. (Disney+)

Riches — This British drama series about the struggle for control of a cosmetics empire is premiering here three weeks before it makes its debut in the U.K. Which is only fair, since they got utter economic collapse first. (Amazon Prime)

Sean Patton: Number One — The comedian returns to his home town of New Orleans for a 90-minute set that covers his OCD and myriad other personal issues. Ninety minutes? That's a heck of a long time to be on stage without rushing home to check the stove. (Peacock)

Slow Horses — The six episodes of Season 2 find Gary Oldman and his crew of intelligence-community underachievers regretting their dealings with Russia's criminal element. As opposed to the real world, where that never seems to turn out badly for anybody. (Apple TV+)

"Sr." — Robert Downey Jr. pays tribute to the man who made him what he is today: his father and namesake. Partial credit if you thought the answer was either Kevin Feige or El Chapo. (Netflix)

Your Christmas or Mine? — British paramours inadvertently have to spend Christmas in each other's home town in a holiday romcom that capitalizes on the pronounced differences between Gloucester and Macclesfield. Ah, I can see it now: knowing grins lighting up every house in Little Rock. (Amazon Prime)

Premieres Monday: Back in the Groove — Taye Diggs hosts a reality series that subverts ageist stereotypes by sending three 40-something women to the Dominican Republic to find love with guys in their 20s. Meanwhile, you know that stereotype about women only being able to conduct successful relationships with underdeveloped man-children they can control like babies? Alive and well! (Hulu)

Premieres Tuesday: Sebastian Maniscalco: Is It Me? — As you approach another holiday season feeling crippled by personal loneliness, here comes comic Maniscalco to remind you that having date night with your wife and dropping your kids off at school is actually the unholiest of drags. It's like A Christmas Carol in reverse! Keep on doin' what you're doin', and remember: Those bed curtains held their value a lot longer than Belle would have. (Netflix)