Trump is still fixated on Florida, and it's probably Crazytown behind the scenes for campaign staff 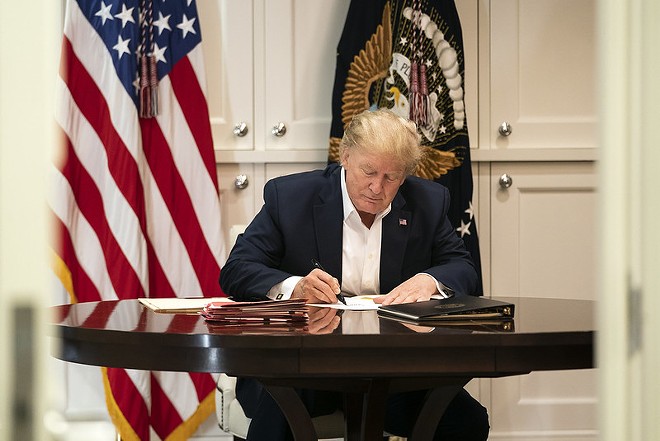 Official White House Photo by Joyce N. Boghosian
President Trump hard at work signing blank pieces of paper. They say this home-schooling thing is hardest on the parents, who have to keep the kids occupied
In yet another turnabout, President Trump now plans to come to Florida on Monday.

According to the News Service of Florida, President Donald Trump will hold a rally Monday evening in Sanford. This could be seen as a replacement for the rally that was scheduled there for Oct. 2, which had to be canceled when the president was diagnosed with COVID-19 and being admitted to Walter Reed Medical Center. (There he is "working" at Walter Reed, above.) 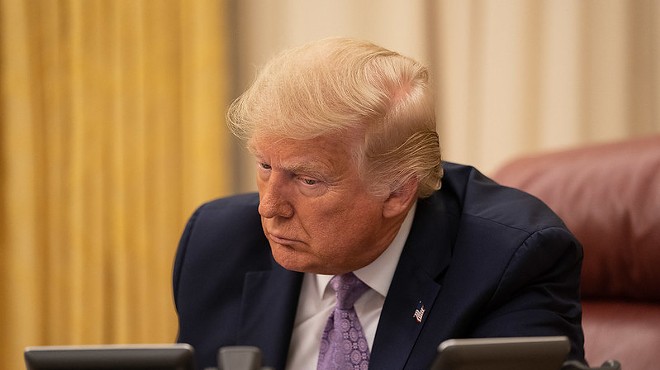 Our coughing, steroid-riddled president wants to hold a rally in Florida on Saturday


Or it could be seen as another toddler-in-chief meltdown over not getting his way. On Thursday night, Trump called in to Sean Hannity's show and announced he would hold a rally in Florida on Saturday. Apparently, literally cooler heads prevailed, the baby got a St. Joseph's and some gingie ale for his fever, and was put to bed until he stopped fussing.

But he popped back up this afternoon and announced he'd come to Florida Monday instead.

All we can say (besides "people who are sick and contagious should stay in bed") is that we feel so, so sorry for whoever is in charge of ordering the catering and setting up the hotel rooms.

As the News Service of Florida points out, Monday’s rally will come a little more than three weeks before the Nov. 3 election, and Trump is widely viewed as needing to win Florida if he is going to defeat Joe Biden. Sanford is smack in the I-4 corridor, which is typically a fiercely contested region of the state.

The president has not as yet disclosed a negative test for the coronavirus.