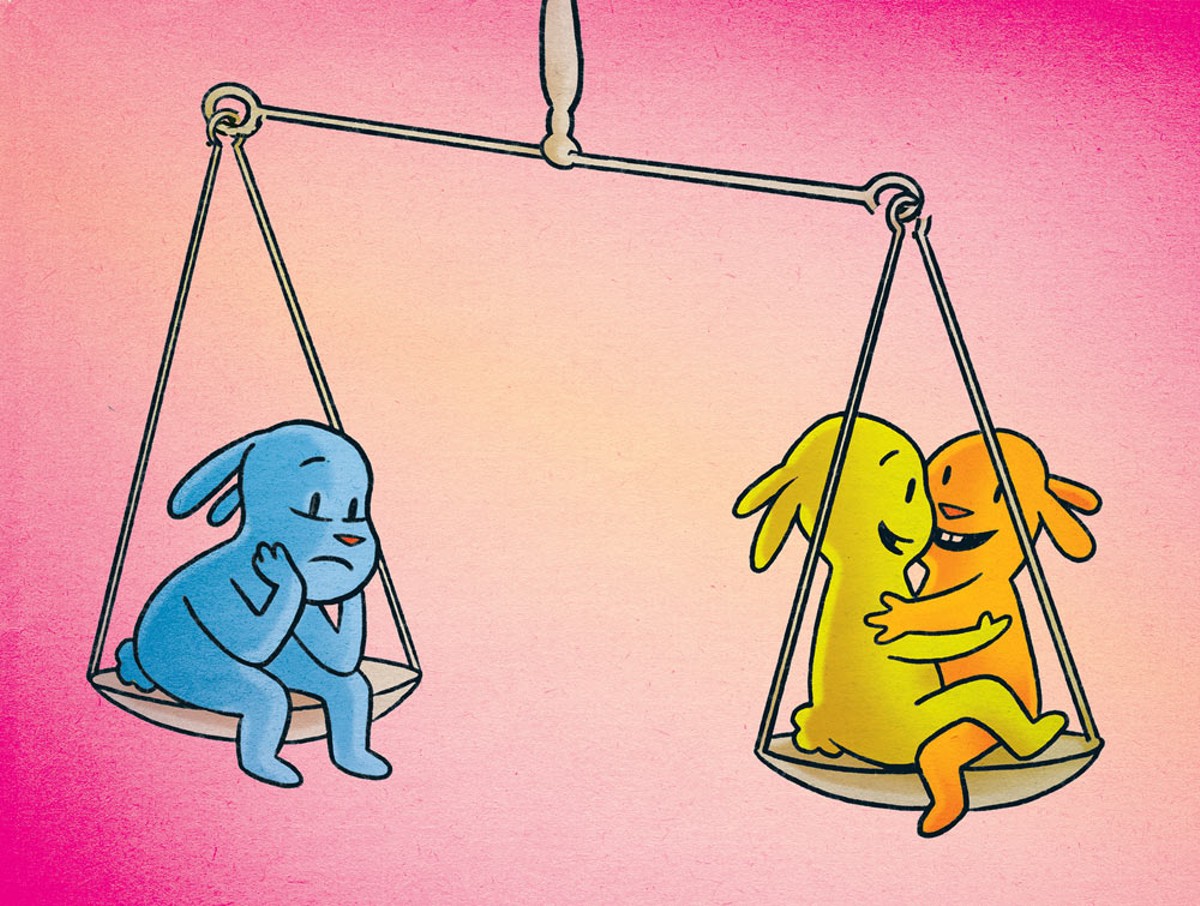 Dear Dan: Straight guy here in a one-sided open relationship. My wife and I opened our relationship just for her and to female partners only, so she could explore her bisexual side. I'm super proud of her for coming out and wanted her to feel fulfilled. When we agreed to this, I was naive and figured anything she experienced would be purely sexual and nothing more. She recently caught feelings and now has a girlfriend. She stays at her girlfriend's place one to two nights a week. I get jealous and sick to my stomach when she is over there. She has that "new relationship energy" going and talks about her girlfriend all the time. Aside from the jealousy, I feel like I am not a priority. I'm hoping my feelings get better with time.

Besides this, our marriage is great. I love my wife very much and want to support her in this. Are one-sided open relationships something that can work? Are my feelings unjustified and what can I do to better deal with them? — Home Alone

Dear HA: Your wife isn't the first person to come out as bisexual after making a monogamous commitment to an opposite-sex partner and then ask for permission to sleep with other people — without wanting to extend the same permission to their straight spouse. Since she's bi and can't get pussy at home, the reasoning goes, she should be allowed to get pussy elsewhere. Since you're straight and can get pussy at home (when that pussy is at home), you're not entitled to the same allowance.

But as your wife is demonstrating, HA, it's not just pussy she's getting elsewhere. While she's getting one very specific need met outside your relationship — admittedly a need you can't meet — she's getting a lot more than that. In addition to pussy, she's getting variety, adventure, unique experiences, new relationship energy and two overnights a week. Why shouldn't you have some of that too? Not to even the score, but to feel like you're an equal partner in this marriage and, as such, entitled to equal terms, equal treatment and equal benefits.

And it doesn't sound like you two were on the same page when it came to what opening your relationship entailed. Agreeing to a one-sided open relationship is not the same thing as agreeing to one-sided polyamory. If you didn't agree to that, HA, your wife had no right to expect that from you or impose that on you.

Dear Dan: I'm a straight man who has been married to a wonderful woman for 35 years. I'm the only person she has ever been with. Over the years she has evolved into a wonderful giving partner open to things that turn me on. I take pride in being able to give her multiple orgasms although she only wants to do this about once per month. She has been happy to give me pleasure multiple times per month even, but she talks of it like it's a chore ("wifely duties") and is always asking me why I want it so much. I tell her it is more normal for men to want it more, and I wish she would want it more as well! I have used porn to get off since my teens. She accepts this because it means fewer chores for her, but she doesn't like it. Recently I started using my phone to take videos of her performing oral on me as I enjoy watching this and it cuts down on the porn. She checked my phone and was upset at what she saw. I told her I was sorry, but she says I should've asked for permission. I told her I would have asked for permission, but I knew the answer would be no! She said of course it would be no and she called it sick and gross! I tried to explain again that it is quite normal behavior for most men to want to watch and it is for my eyes only! Any words of advice on this sexy-for-me, not-so-much-for-her activity? — Sincerely Appreciate Your Advice, Sweet Savage

Dear Dan: We hear so much about the all-important commitment to monogamy in marriage. What about the less emphasized but clearly important commitment to a healthy sex life? I'm a straight man. I've been married for about 20 years. I've never cheated on my wife, although I've come close in recent years. My wife and I had a healthy sex life for the first 10 years. For the last 10 years, we haven't had sex at all. We are both in our late 40s, athletic and attractive, and neither of us has any overwhelming physical or mental problems. My wife is just so engrossed in her work and personal identity that she has stopped caring about sex. It's all well and good to say, "You need to talk about this with her," but I know from years of experience that would be futile. She refuses to discuss it. And she has made it clear that if I were to do anything outside the marriage, it would amount to an unforgivable betrayal.

I vacillate between acceptance, frustration, bitterness and deep anger. Yes, I signed on for monogamy. But what did she sign on for? Can a woman or man in a monogamous marriage unilaterally cut off sex for no reason and still expect or demand monogamy, as my wife does? What do I owe her? And what does she owe me? Despite this issue, we are good partners, good friends and good parents to our two teenage children. Protecting them from the trauma of divorce and not hurting my wife — these are the reasons I stay in the marriage. But it doesn't feel right or fair that I have to be monogamous, that I will never experience physical intimacy again, not so much as a kiss or a touch, for the rest of my life, because my wife decided she is finished with that part of her life. What do other people think? — Saddened Over Love's Omissions

Dear SOLO: People in the comment threads at savage.love have been taking me to task recently for being too quick to give my blessing to cheating ... so, instead of answering this one myself, I'm going to open it to the commenters: What do you guys think SOLO should do? Personally, I don't think a person can insist on monogamy while refusing to meet their partner's reasonable sexual needs. (Well, a person can insist on it, but they shouldn't expect it.) Please don't tell SOLO to talk with his wife. He's tried talking about it — he's tried again and again for 10 years — and his wife refuses to discuss it. So, gang, what should he do? Should he do the "right thing" and get a divorce? Or should he do what he needs to do to stay married and stay sane? I'll see you in the comments.