This was a year when third-culture cooking really made an impression in restaurants around the city. A new generation of chefs not only found their place amid the pull of competing cultures and traditions, but celebrated their personal journeys through food, and in the process redefined “authenticity” of cuisine.

Unlike the fusion fare of yore devised by white chefs charmed by “ethnic” and “exotic” ingredients and flavors, third-culture cooking is deeply personal, sincere and, yes, authentic. It’s made by those with intimate ties and roots to the heritage of the cuisine.

In embracing their third-culture identities, chefs and restaurateurs like Lordfer Lalicon, Jamilyn Bailey, Lewis Lin, John Zhao, Gene Kim, and Johnny and Jimmy Tung continue to evolve and cultivate Orlando’s dining landscape by spotlighting diasporic foodways. This is the future of food, after all, and if the list below is any indication, the future is now. Here, then, are the very best restaurants that opened in 2022. 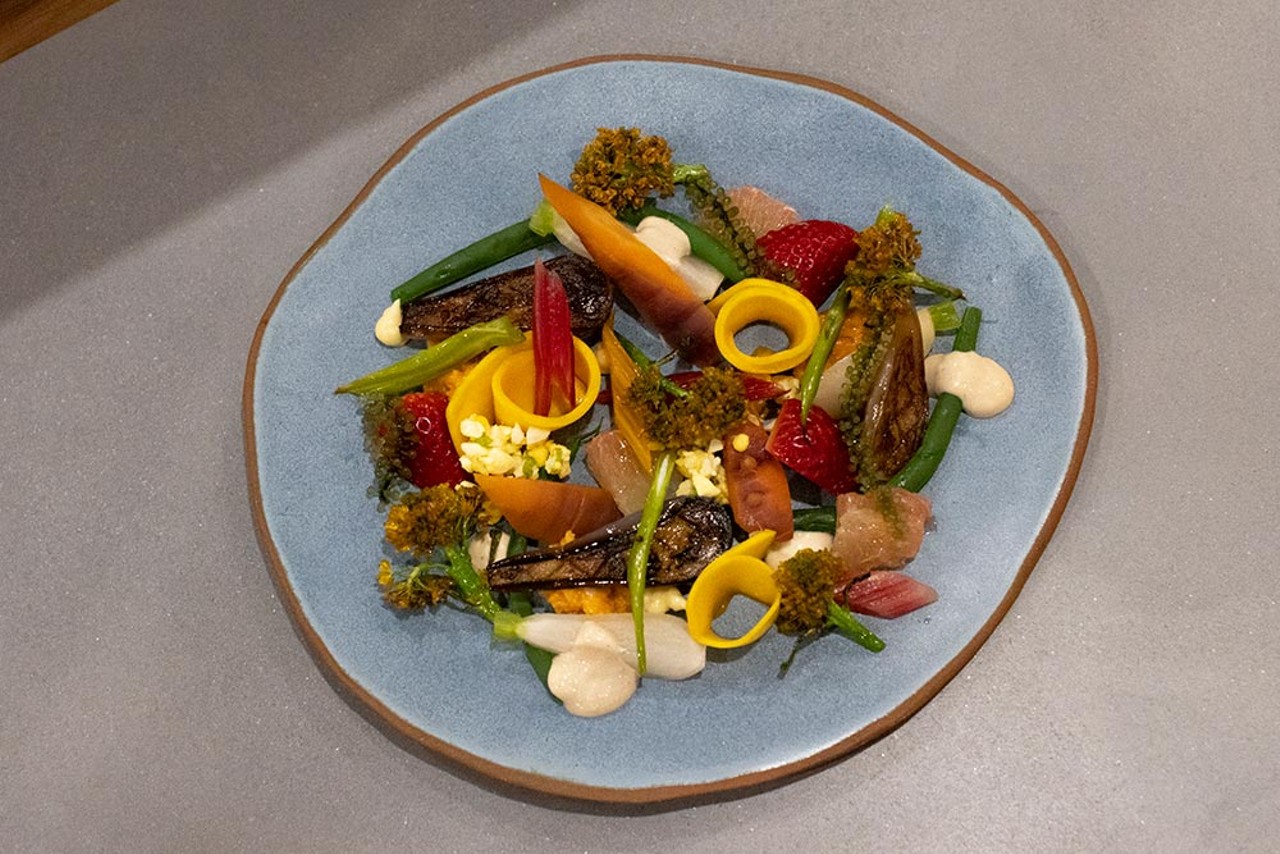 618 N. Thornton Ave.
This latecomer by Kadence founding partner Lordfer Lalicon and Jamilyn Bailey was the most hotly anticipated restaurant opening of the year, and just a month into Kaya’s existence, it’s lived up to the hype. From the unfeigned hospitality and memento-steeped interior to the seafood- and veg-forward tasting menu and staunch focus on sustainability and local sourcing, the restaurant is an intimate reflection of the path Lalicon and Bailey have taken as first- and second-generation Americans. The techniques and flavor combinations Lalicon employs in five “waves” of dishes, be they raw (kombu-cured flounder from Ponce Inlet with chili salad and coconut kinilaw foam) or cooked (Seminole squash simmered in coconut milk, garlic, ginger and bagoong), firmly establish the 37-year-old as one of the city’s finest chefs. 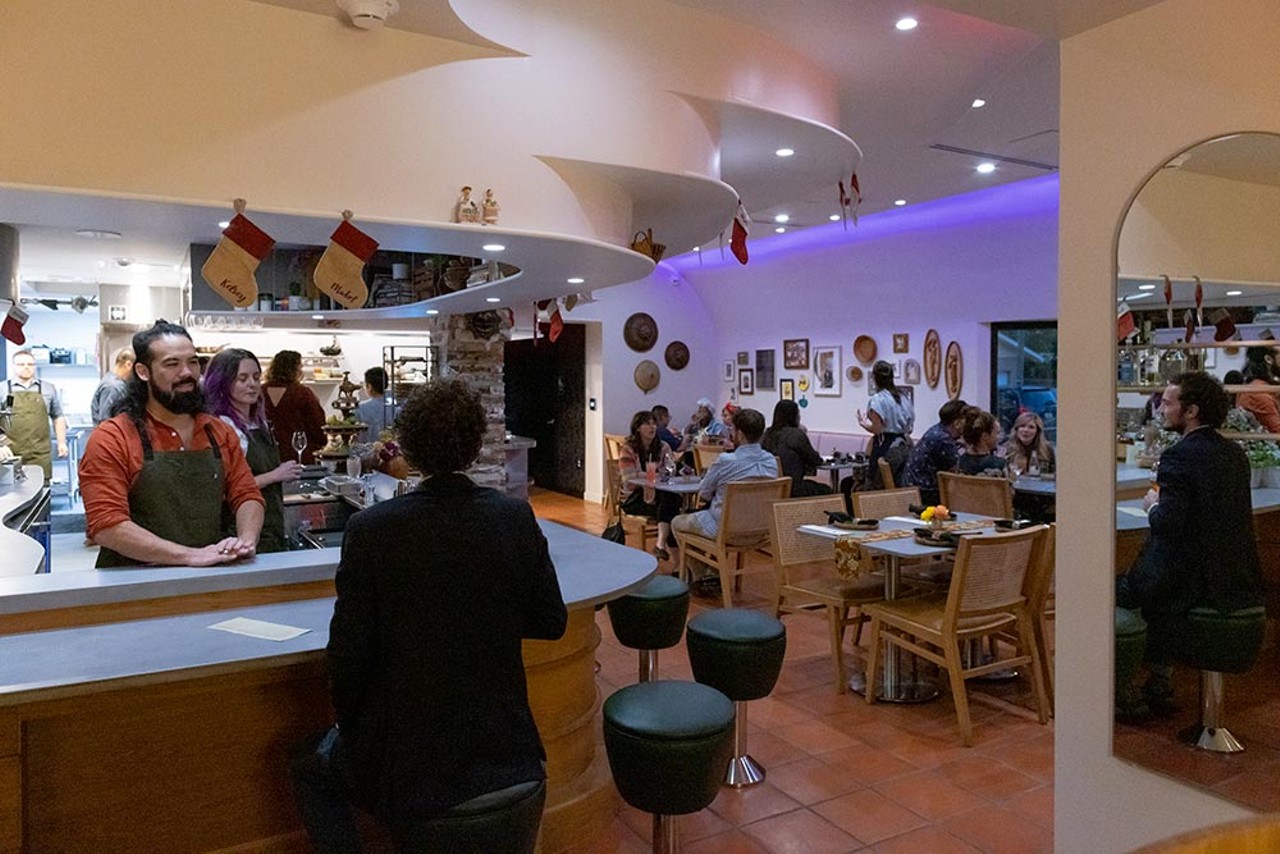 photo by Rob Bartlett
“Kaya is so much more than pancit, lumpia and lechon,” Bailey says, and she’s right. Kaya is also so much more than just a restaurant. It’s a window into the cross-generational immigrant experience and the role it plays in creating a new food language. (opened in November) 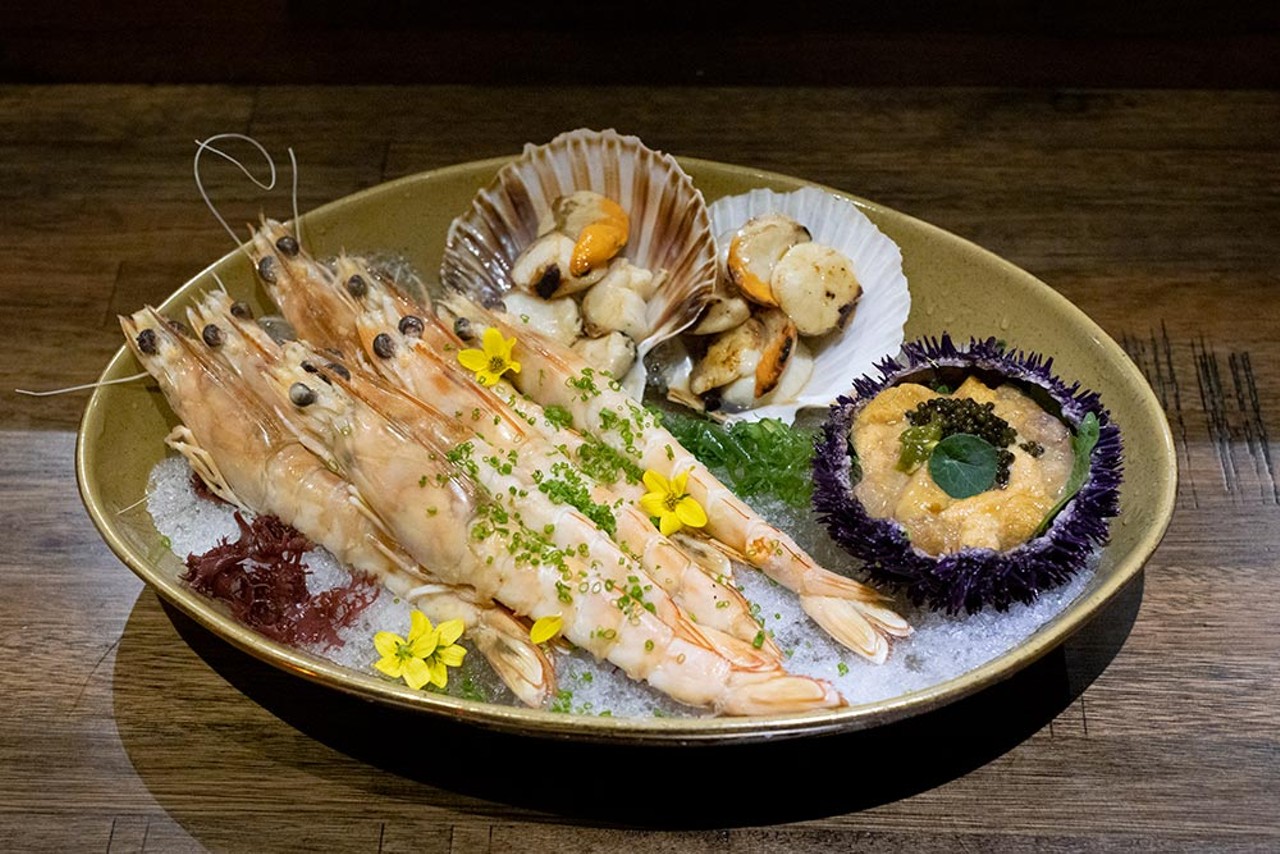 700 Maguire Blvd.
No other restaurant in the city quite captures the pulse and spirit of an izakaya than this eye-catching Colonialtown stunner by Susuru’s Lewis Lin. Juju’s interior, in all its revivalist Shōwa-era glory, is as captivating as the dishes coming out of the converted Pizza Hut kitchen. Lin has become equally adept at grilling meats and veg over binchotan coals as he has at dry-aging fish like yellowtail amberjack (14 days) and fatty tuna belly (45 days). However, Lin’s most noteworthy feat is that he’s managed to generate the kind of buzzy conviviality at Juju that money just can’t buy. Money, however, will buy a place at the six-seat kappo bar, where creative 10-course omakases are served for a mere $160. 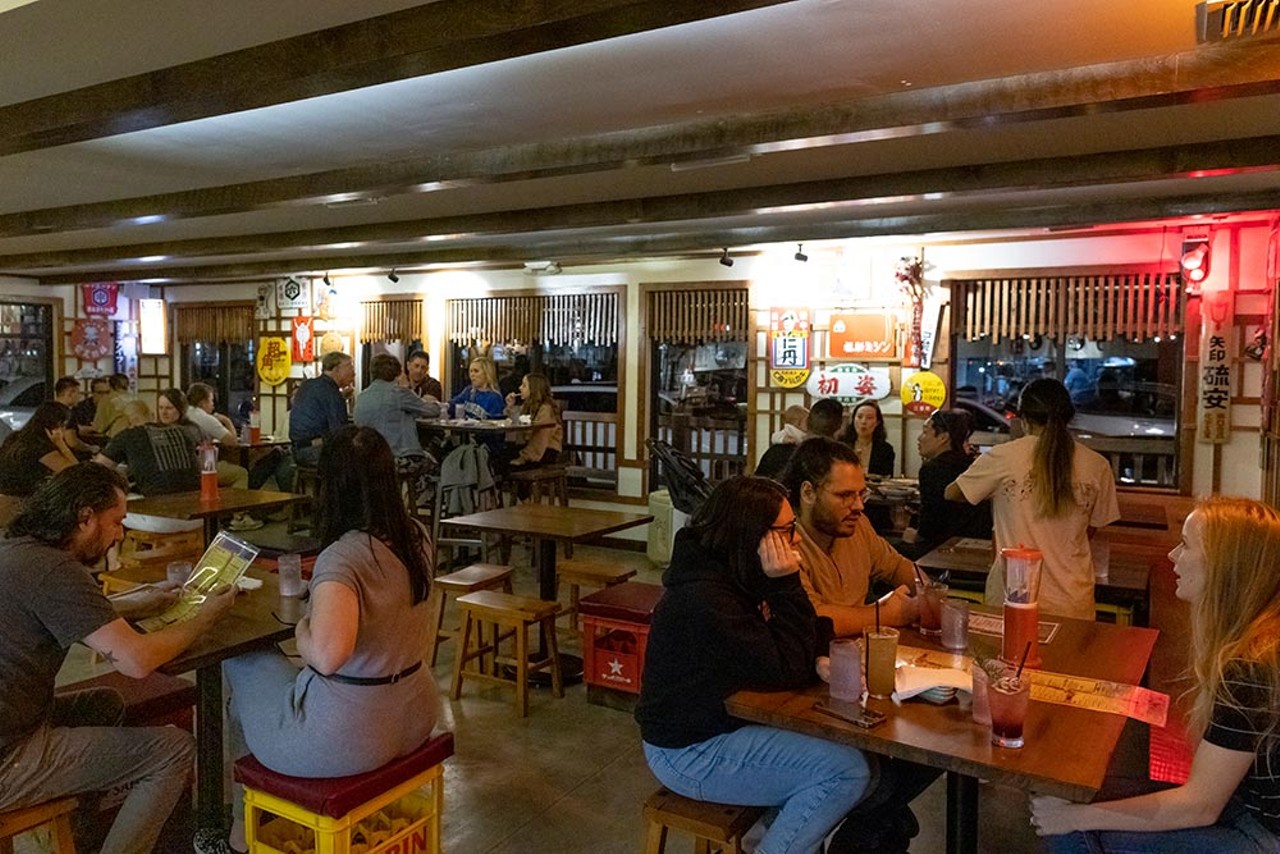 Photo by Rob Bartlett
But the real sizzle resides in Juju’s main dining room where beer and cocktails flow, yakitori skewers are scarfed and good times are a foregone conclusion. (opened in August) 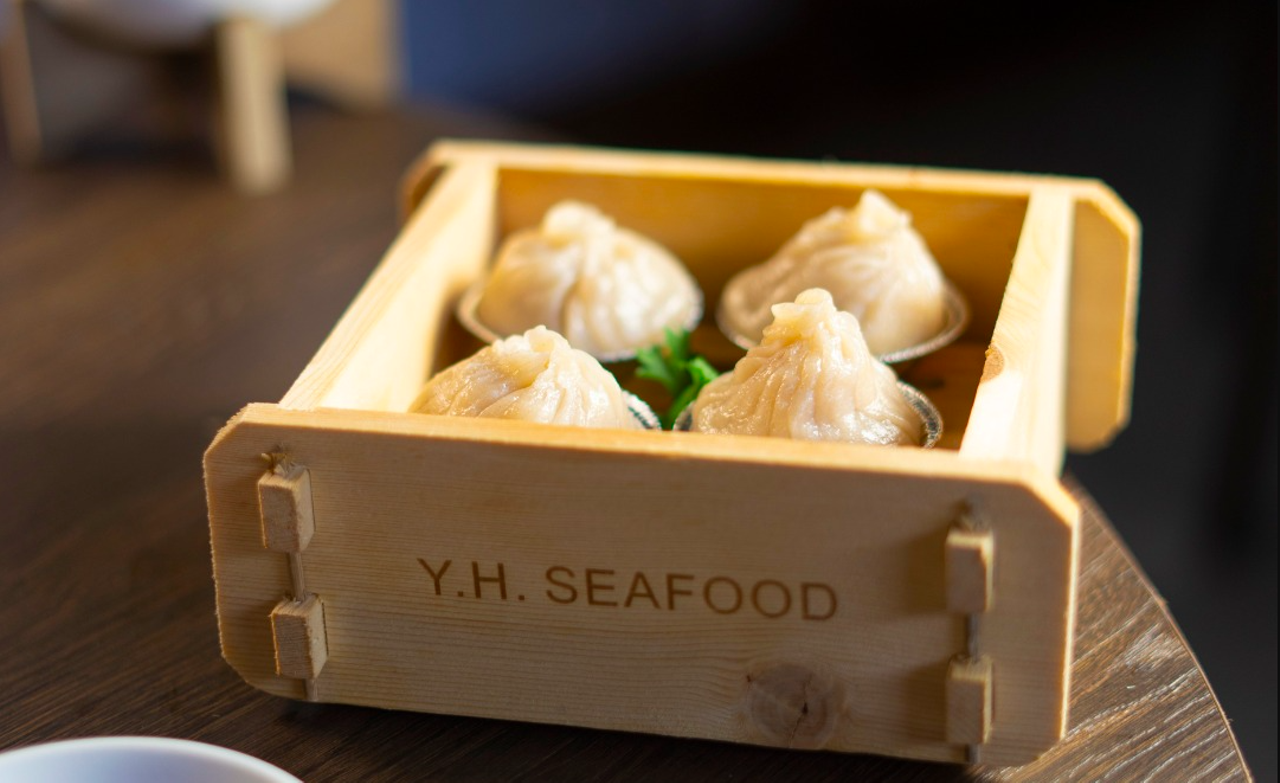 Tampa Bay restaurateur John Zhao expressed his enthusiasm for Orlando’s restaurant scene by investing $1.75 million into this sprawling and handsomely appointed restaurant specializing in soaring salvers of Hong Kong-style seafood à la Toronto’s Fishman Lobster Clubhouse. But the real draw at YH is the team of experienced chefs Zhao lured from New York City. Their exceptional skills at firing and plating an ambitious style of Cantonese cuisine, be it dramatically presented Mandarin bass or salt-and-pepper flounder, or showstopping platters of fried lobster piled high with French fries, fried scallions, chilies and garlic, is unmatched. Same goes for the dim sum menu — it may very well be the best in the city. (opened in April) 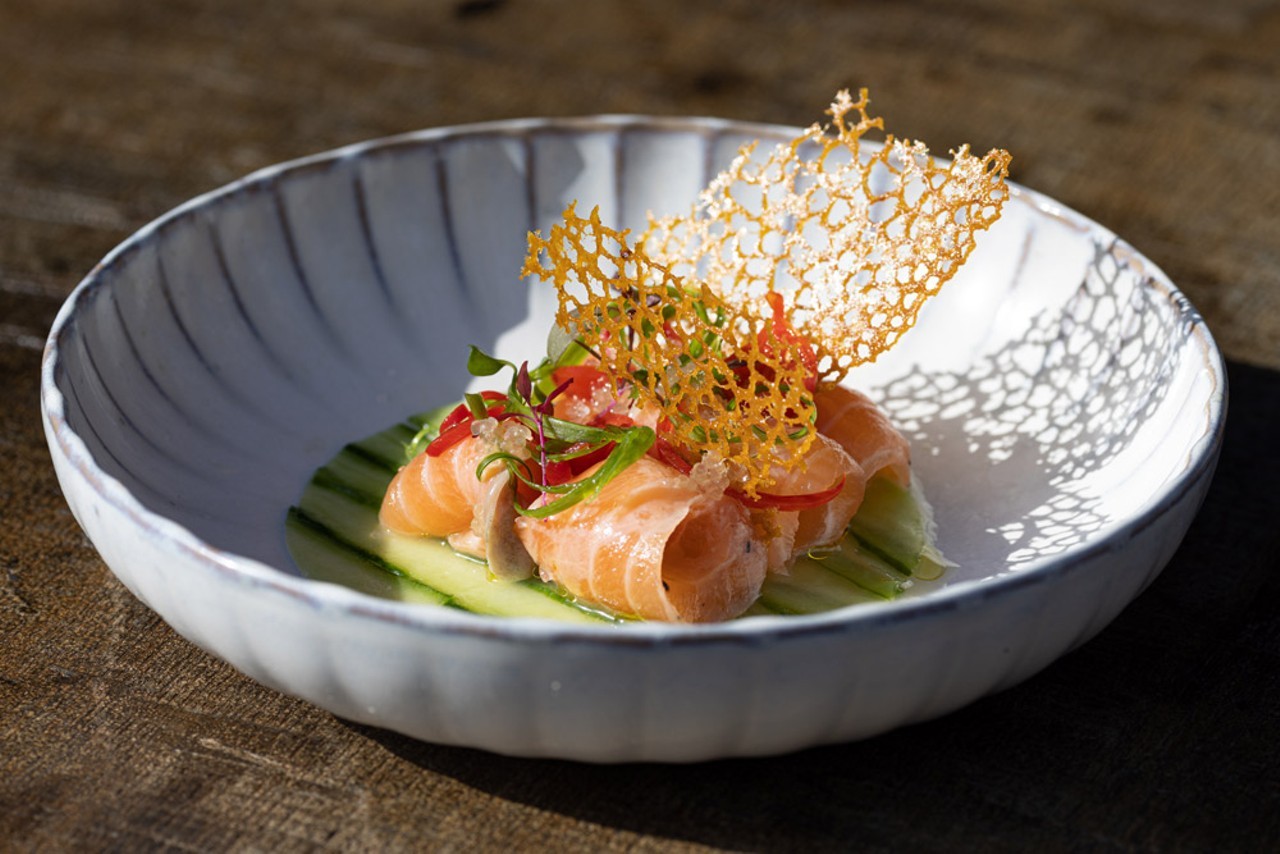 290 S. Park Ave., Winter Park
The trendy Mediterranean hotspot in the heart of Park Avenue may be saturated in SoBe swank, but its menu packs the sort of substance that only makes people-watching at Ava all the more enjoyable. The Riviera Dining Group out of Miami poured a pretty penny into redesigning the old Luma space, and pretty it is. And while there’s a propensity for pyrotechnics in both food and drink, consider the offerings here a foray into Greek “lit.” Indeed, the signature block of potato mille-feuille is absolute fire and worth the trip alone, though bracing dorade tartare and salt-baked branzino also merit consideration. Perhaps most notably, Ava has made many a Winter Parker forget about the space’s much-loved former tenant. (opened in February) 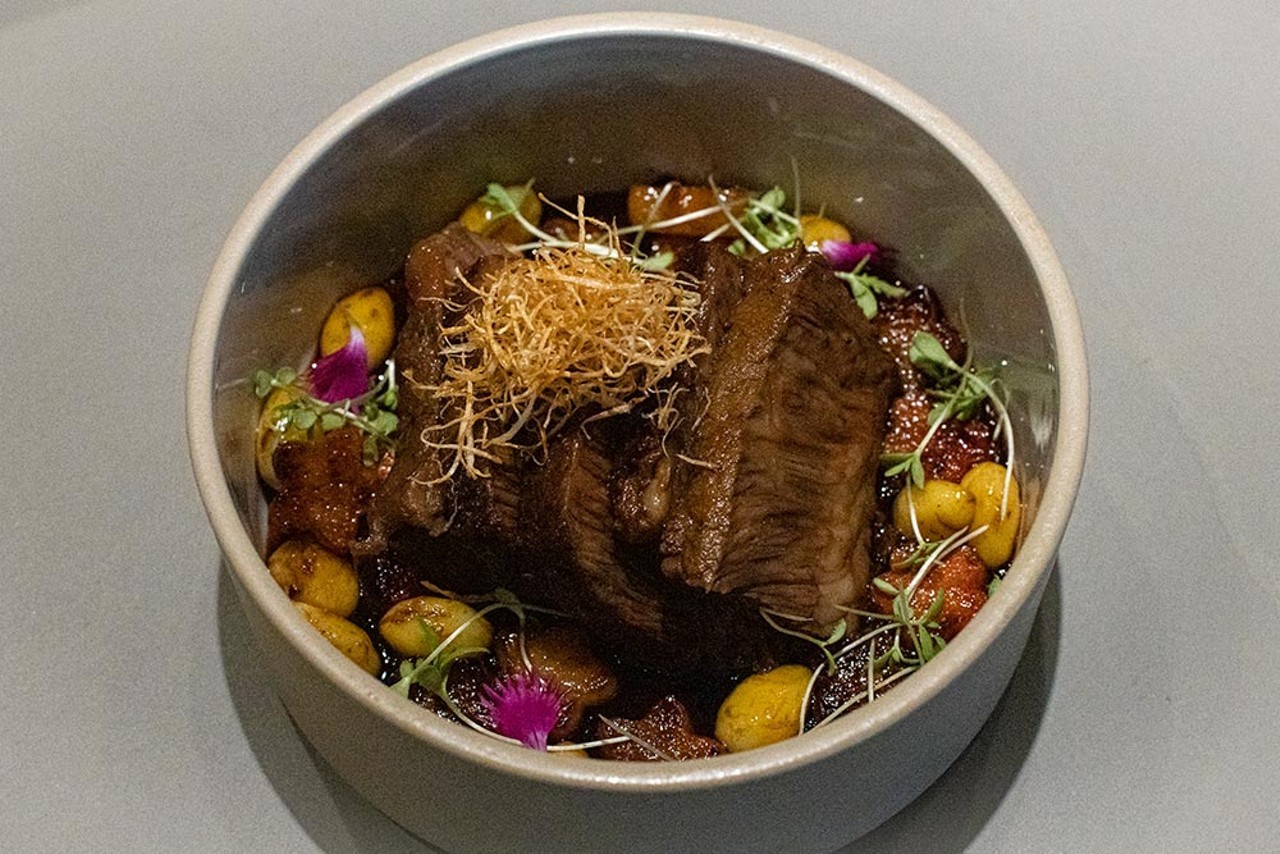 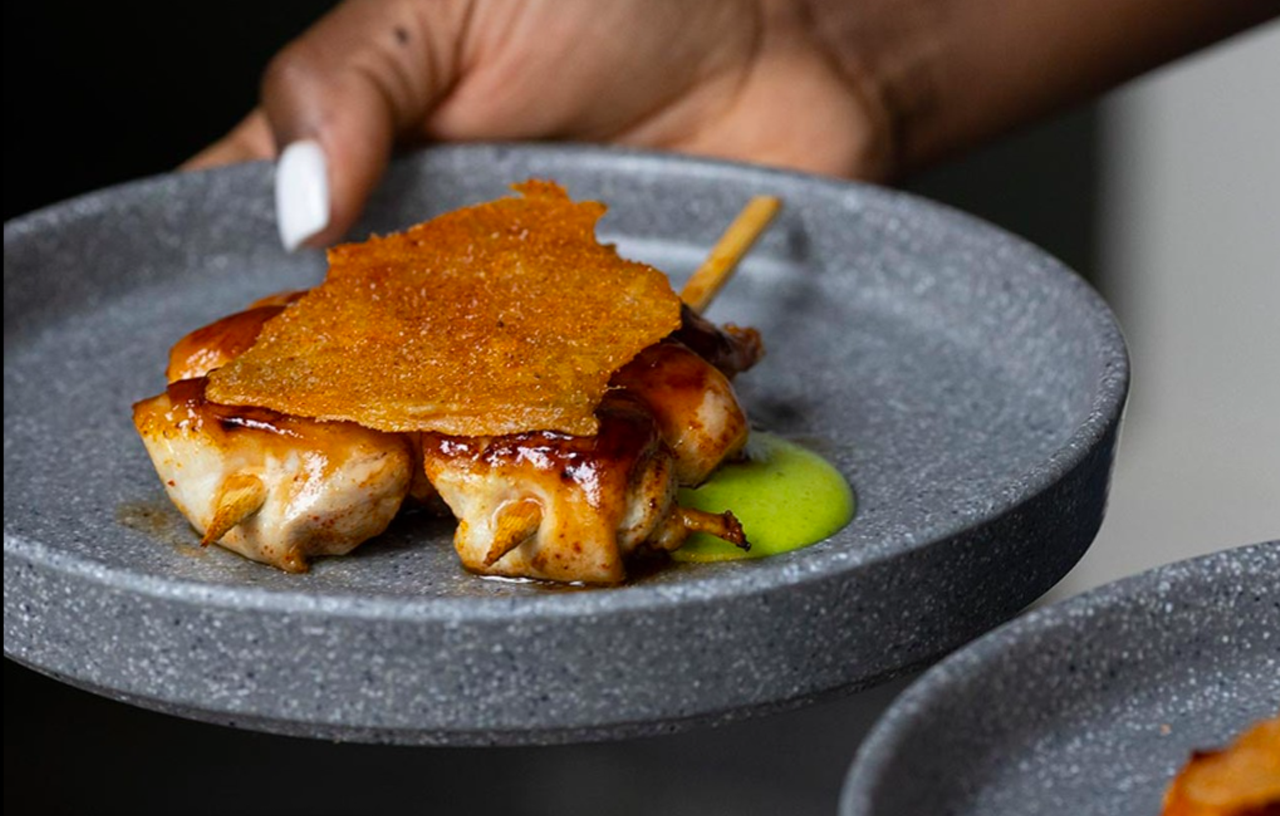 211 N. Lucerne Circle East
Team Market Group (Mathers Social Gathering, Robinson Room, Plantees, Taco Kat) took over the historic Wellborn property in 2019, and in just three COVID-era years, they spiffed up the property, cleaned up the grounds and con- temporized the aesthetics. This August, under the charge of culinary director Nick Grecco and executive chef Ivesant Geigel, the Wellborn’s menu was completely modernized with an offering of Floribbean-focused small plates that absolutely floor. Of note: brie grilled-cheese brioche stuffed with duck confit and white truffle oil over mango jam, and grilled prawns slicked in chili-lime butter. Noted pastry chef Amanda McFall (Ravenous Pig, Urbain 40) oversees the dessert menu. Best of all, meals can be enjoyed in any of the Wellborn’s inviting and intimate spaces. (opened in August) 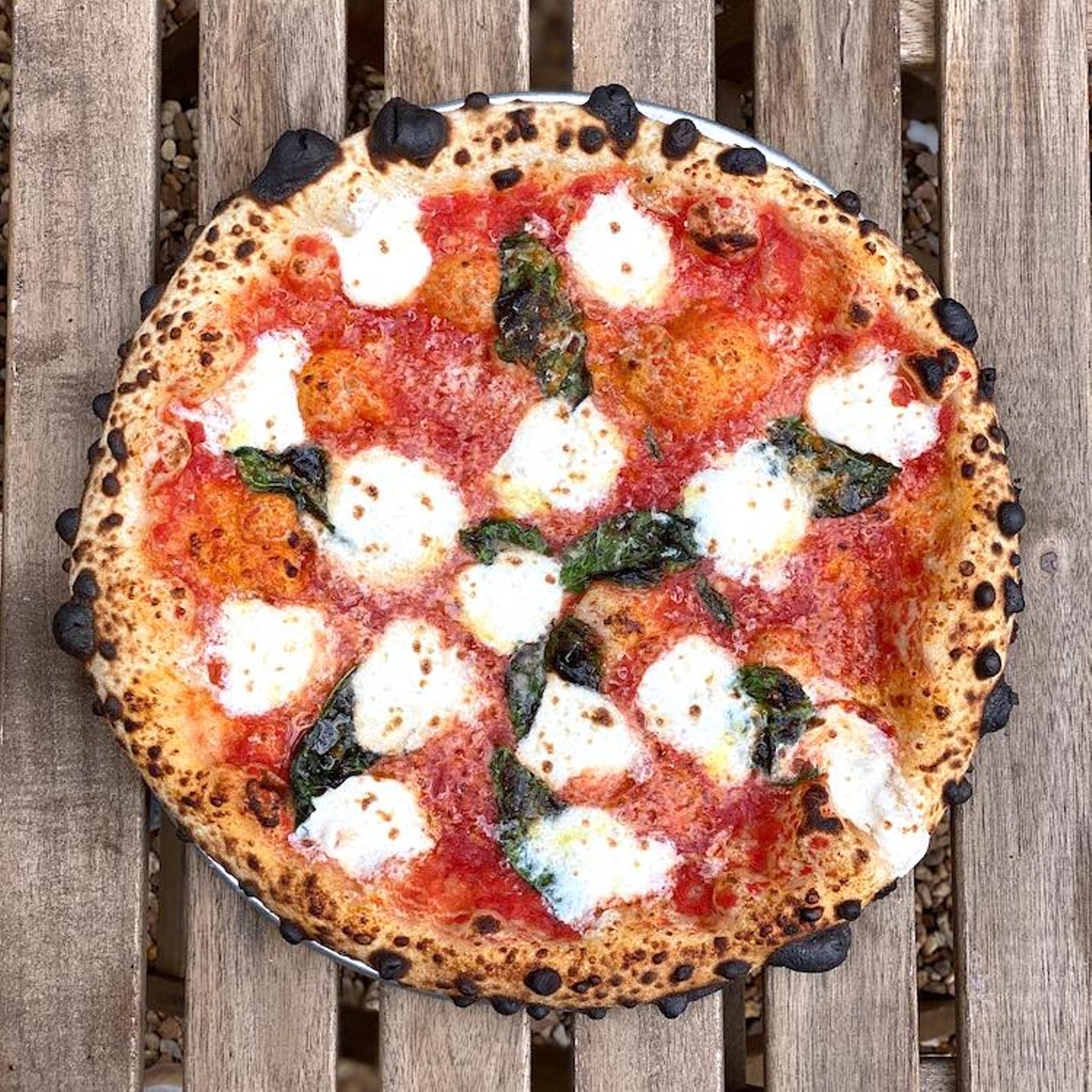 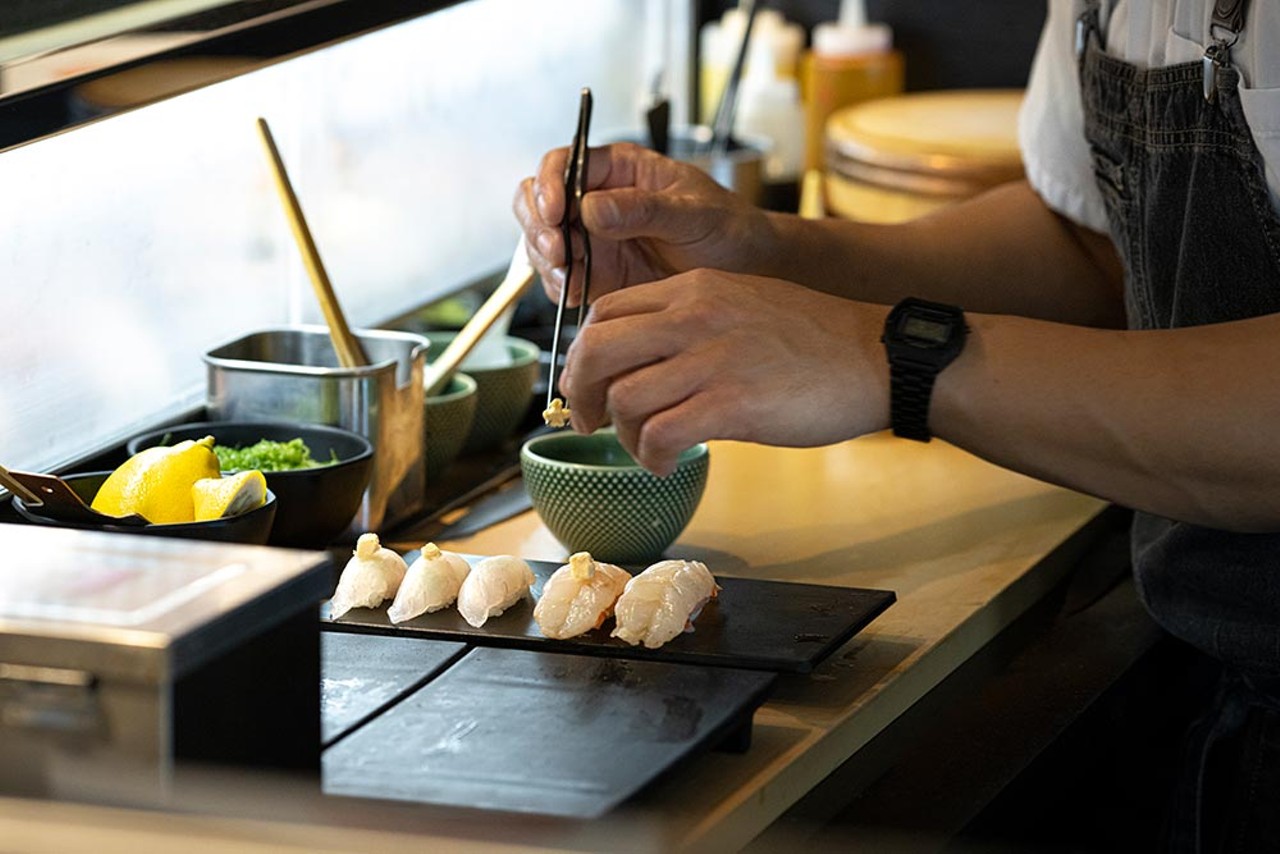 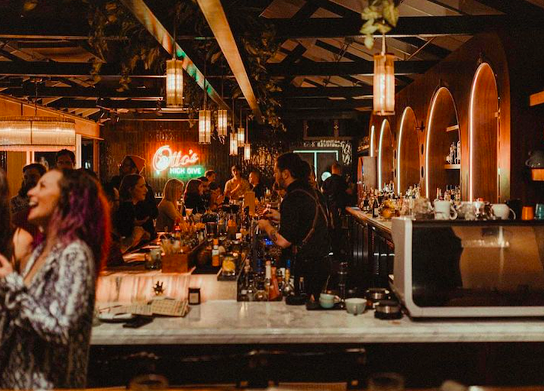 In 2022, third-culture cooking really made an impression in restaurants around this city. A new generation of chefs, influenced by the culture… 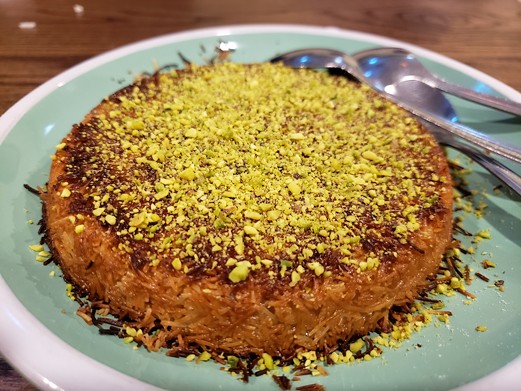 All the Orlando restaurants that closed in 2022

We loved them. We miss them. But in the end, it wasn't enough to save these Orlando area restaurants from the brutal… 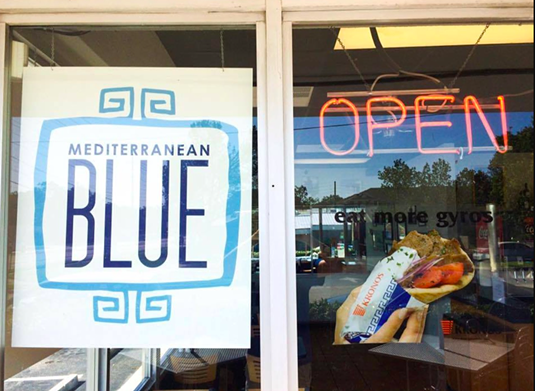 Orlando's hot and new restaurants of fall 2022, according to Yelp [PHOTOS]

It's been a year. Between the November election, larger national stories (pour one out for Roe) and even globally, you can't deny… 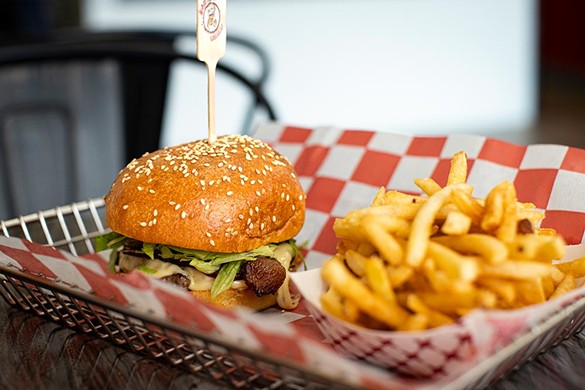 The best Orlando restaurants when you're broke AF

Times change, tastes change, but bills remain a constant. As we've done before, we'd like to share some of our favorite places… 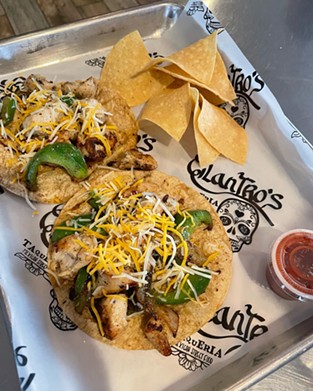