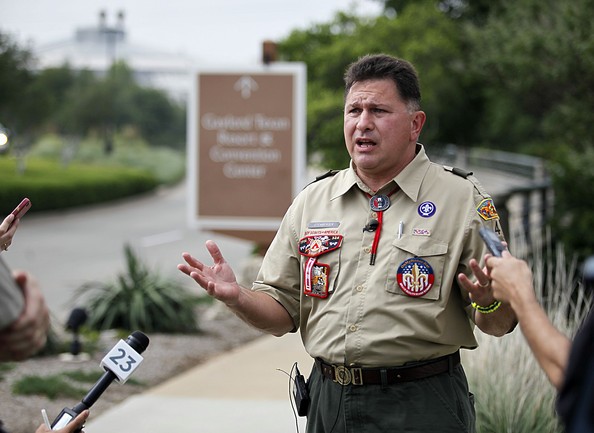 WHICH MASTER ARE YOU SERVING? THE FLORIDA RETAIL FEDERATION OR THE AILING PEOPLE OF YOUR STATE, LEGISLATURE? “The head of the drive to legalize medical pot in Florida is blasting lawmakers for proposing to expand the “sale of hard liquor to grocery stores” while opposing marijuana as medicine. Ben Pollara, campaign manager for United for Care, sent out an email Tuesday, taking the Legislature to task for its ‘warped priorities.’ Bills filed in the House and Senate would allow retailers like Wal-Mart, Publix and Sweetbay to sell spirits without a separate liquor store with an outside entrance.  Proponents cite it as helping businesses to cut costs and being more convenient to shoppers. Neither bill, though, has yet been heard by a committee. The legislative session starts next Tuesday. ‘And these are the same people who say that marijuana is too dangerous to be used with a doctor’s recommendation?’ Pollara wrote. ‘What are they thinking? This failure in leadership is exactly why we had to put this on the ballot ourselves.’” (via Tampa Tribune)

DRILL BABY DRILL! OR NOT? THE CONFUSION OF WHETHER OR NOT THE EVERGLADES ARE IN FACT THE EVERGLADES, AND IF SO CAN WE DRILL AND FRACK THERE, PLEASE?: “No permits have been issued for oil and gas exploration or drilling in the Florida Everglades, the Florida Department of Environmental Protection said Tuesday in response to a senator's letter. Sen. Darren Soto, D-Kissimmee, wrote to DEP Secretary Herschel T. Vinyard on Monday requesting that the department suspend approved oil exploration permits in the Everglades to allow the House and Senate to review the risks and effects. The letter followed a report Saturday in the Orlando Sentinel saying that the search for oil on the western edge of the Everglades is raising hopes and fears of an emerging oil boom. ‘In addition, please clarify whether any of these permits relate to fracking or other similar methods,’ Soto wrote.  ‘These permits were issued without meaningful dialogue with your legislative partners and represent a major change in policy without our approval.’ In response, Vinyard wrote that there are 162 oil and gas wells operating in six counties. But he said no exploration or drilling permits have been issued for The Everglades. ‘While there are challenges to restoration efforts in The Everglades, oil and gas exploration is not one of them,’ Vinyard said.” (via The Florida Current)

FINALLY, THE REAL REASON THAT TEACHERS ARE PAID SO POORLY. THEY’RE “VALUELESS,” ACCORDING TO STATE EVALUATION NUMBERS: Florida is not posting the teacher data on its website; it is releasing scores upon request after being sued by the Florida Times-Union newspaper in Jacksonville.  Florida adopted a model similar to Georgia’s to evaluate its teachers.  The complex method attempts to predict how a student should have fared on the annual Florida exams and figure out the value a teacher added to the student's learning. This value added measure or VAM entails looking at student test scores -- scores count for half of a teacher’s annual evaluation – along with principals’ observations and grades on classroom management and lesson planning. The raw score is not easy for parents to decipher. For example, the average teacher VAM at one school profiled by the Florida Times-Union was 0.163661012. National teacher groups condemned both the evaluation protocol in Florida and the court decision that the data can be accessed now by the media and public. ‘With more and more evidence showing that VAM is not an accurate or reliable assessment tool, Florida does a grave disservice to students, parents, the broader community and its educators by pretending it is and releasing the results publicly. Rather than doing what’s needed to help kids apply knowledge, problem solve, think critically and build trusting relationships, Florida wants to reduce students and teachers to data points. Floridians deserve more,’ said Randi Weingarten, president of the American Federation of Teachers.” (via Atlanta Journal-Constitution)

THAT PART WHERE RICK SCOTT HAS NO IDEA WHAT HE’S TALKING ABOUT, AND MAKES THE ONLY BIPARTISAN THING ALL PARTISAN AGAIN. “Gov. Rick Scott, who has been trying to raise his profile on the burning issue of flood insurance, got a prime opportunity Monday in a meeting with President Barack Obama. Flood insurance rates have sharply increased for many Floridians due to a 2012 law that some members of Congress are now trying to reverse. But Scott, a Republican running for re-election, has for weeks tried to pin blame and responsibility on Obama. ‘We've been asking the president to use his pen and stop these unreasonable, unfair increases,’ Scott told reporters on a windy street corner a few blocks from the White House, after the governors met with the president. Obama, Scott said, replied that he expects a bill to pass Congress, which returns to the issue this week. ‘There's a lot of talk in Washington, there's not enough action,’ Scott told reporters. ‘They've been talking about this for months. They haven't passed anything.’ Scott's call for Obama to use executive action comes as Republicans have blistered the president for acting alone in other areas and injects fresh partisanship into an issue that has gotten bipartisan support on Capitol Hill.” (via Tampa Bay Times)

STEMBERGER AND STAVER WILL NOT SIT IDLY BY AS THEIR VISION OF MARRIAGE – DON’T THEY SHARE A POLITICAL BED? – FALLS APART. (YOU CAN READ THE DOCUMENTS PERTAINING TO THE LAWSUIT HERE): The motion claims that if marriage equality is granted in Florida, it ‘will infringe upon the constitutional and statutory rights of Intervenors and their members to free speech, free exercise of religion, and other rights attendant to operating businesses and non-profit organizations in accordance with the definition of marriage as currently memorialized in the Florida Constitution.’ The original lawsuit was filed in January against Miami Dade County Clerk of Courts Harvey Ruvin after Ruvin refused to grant the six plaintiff couples marriage licenses. The Feb. 25 motion claims that as a plaintiff, Ruvin does not adequately represent the interests of the parties attempting to intervene. ‘Accordingly, the Clerk has no stake in preserving and protecting the underlying societal norms and social good attendant to the definition of marriage, nor does the Clerk have any stake in safeguarding the citizens’ voting rights,’ the motion reads. Finally, the motion argues that the requested intervention would not unduly delay the lawsuit proceedings. ‘This lawsuit threatens to disenfranchise millions of Floridians who voted to affirm natural marriage and to supplant the clearly expressed will of a supermajority of Florida’s voters with the radical vision of homosexual activists who cannot win at the ballot box,’ said Horatio Mihet, Liberty Counsel’s Senior Litigation Counsel, in a media release. (via Watermark)