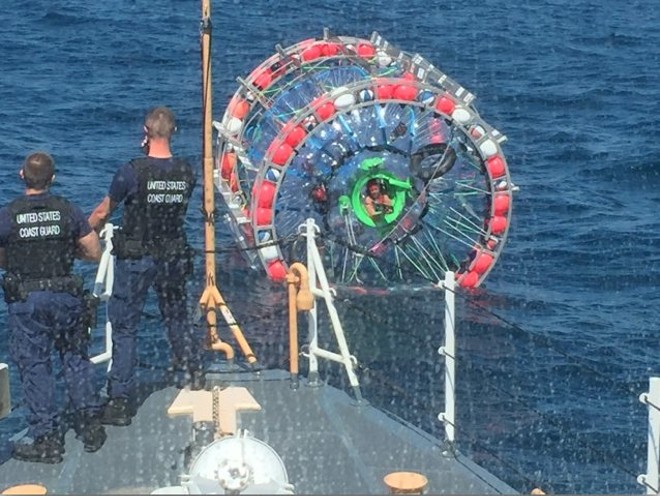 Photo via USCGSoutheast/Twitter
A Florida man was rescued last weekend by the U. S. Coast Guard after trying to ride a hamster ball, or inflatable bubble, to the Bermuda Triangle.

The U.S. Coast Guard voluntarily rescued and took Reza Baluchi back to land this Sunday, says the Washington Post. His journey started in Pompano Beach and ended near Fort Pierce.

If the past is any indicator, this rescue mission could end up costing close to $144,000.

"Additionally, the Coast Guard is obligated to ensure taxpayer money and resources are used efficiently and appropriately."

This isn't the first time Baluchi's actions have taken a chunk out of taxpayer money. The endurance runner took his homemade contraption out on the water in October 2014, but ended up having to be rescued after losing his GPS system, reports WPLG. And, on April 13, he again attempt the quest only to be pushed back to shore because it was a little bit windy.

A letter from the Coast Guard shows that Baluchi was warned to not go on his most recent trip, stating that doing so would result in a possible seven-year confinement and up to a $40,000 fine.

"I view your current planned voyage without use of an escort/support vessel or an equivalent safety precaution that would allow for self-rescue as unsafe," the letter says. "I encourage you to work with my staff to develop a voyage plan meeting the requirements I have set forth previously."

Baluchi has not made a statement on whether there'll be a fourth (probably unsuccessful) attempt. 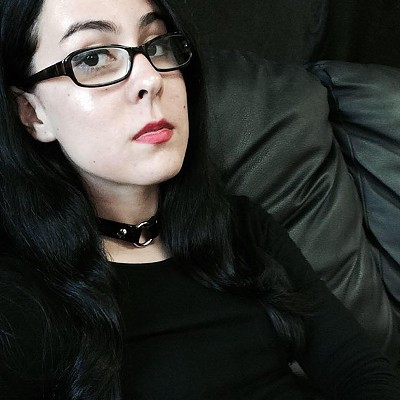