Universal closes one of its oldest restaurants, hopes for new synergy 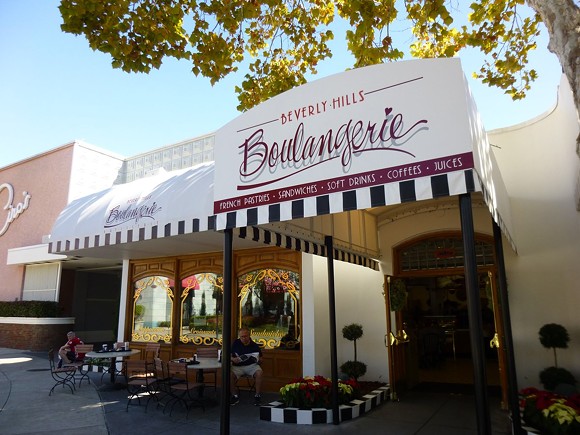 Image via Alicia Stella | Twitter
Earlier this month Universal quietly and surprisingly shuttered its popular Beverly Hills Boulangerie, which was located just inside the main entrance to Universal Studios Florida.

With its vast array of baked goods, cheesecake and coffee drinks, the bakery  was a must-visit for many guests. Sitting nearly untouched since opening with the park in 1990, the Boulangerie got large crowds both first thing in the morning and later in the evening, since it was one of the closest dining options inside the front gates.

Rumors of the bakery’s demise have been around for decades, but the park didn’t confirm its closure until after the fact when local blogger Alicia Stella, known for her impressive insider details, asked Universal publicly on Twitter about the closure. Only then did the company confirm that it was in fact closed.

Universal has shared no details beyond the ones found in the original tweet regarding their plans for the prime spot in the park. but numerous insiders, including the aforementioned Alicia Stella, are pointing to the Today Show as the future theme for the new breakfast-focused bakery.

Permits confirm that internally the update is known as Project 633. 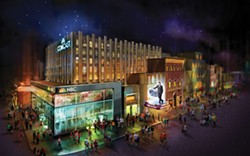 Photo via Universal Orlando
In recent years, Comcast, the parent company of NBCUniversal, has been focused on bringing more synergy to their theme parks. A simulator ride featuring The Tonight Show host Jimmy Fallon opened in 2017. That attraction also included an NBC and Tonight Show-themed gift shop, The Tonight Shop, and is housed in a building that looks like the famed 30 Rockefeller Plaza, NBC’s New York home.

A rumored Saturday Night Live lounge was planned as part of an update to CityWalk that now looks to have been shelved. That update also included a Today Show-themed café, an In-N-Out, and a Nintendo-themed family entertainment center. This new Today Show cafe looks like a smaller version of that previously rumored CityWalk concept.

Few details on what exactly the rumored Today-themed bakery will entail have been leaked, but most of the current menu is expected to return along with a substantial refresh to the look of the dated bakery, which hadn’t received a major update since it first opened nearly 29 years ago. A complete remodel of both the inside and outside of the building are expected.

A small retail area with The Today Show merchandise is also possible. Much like The Tonight Shop in the Jimmy Fallon attraction, the Today Show bakery will also likely have small displays celebrating the long history of the morning news and talk show.

No timeline on when the new dining option will open or any other details regarding the “exciting, new dining concept” have been shared by Universal.