Florida man ticketed after eating pancakes in middle of intersection 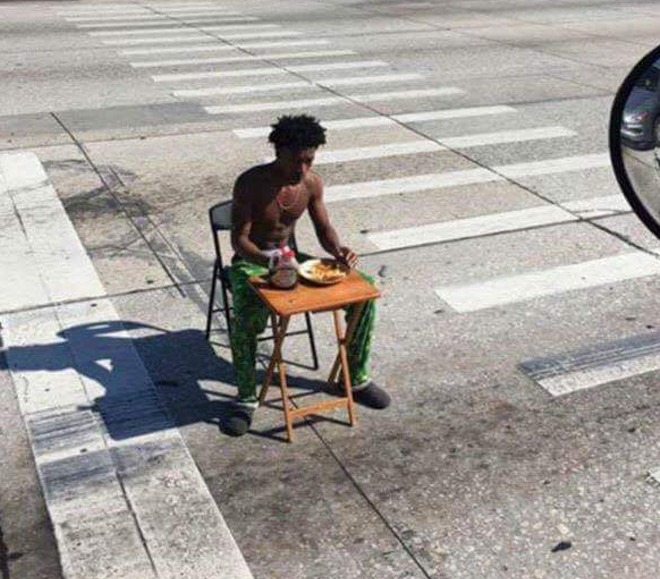 Photo via Lakeland PD/Facebook
A Florida man was ticketed this week for eating the most important meal of the day in arguably the worst place possible.

On March 21, officers with the Lakeland Police Department were notified of a man eating pancakes in the middle of the intersection of Memorial Boulevard and Brunnell Parkway.

According to LPD, "the caller stated the subject was sitting in a chair with a small “TV” table in front of him eating what appeared to be pancakes."

Officers were able to locate the man after he was tagged in a video that later surfaced on Facebook. The pancake eater, 21-year-old Kiaron Thomas, was found in his residence, which was only about 100 yards from the intersection.

Though Thomas told officers it was a prank, he was charged with placing an obstruction in the roadway and disrupting the free flow of traffic.