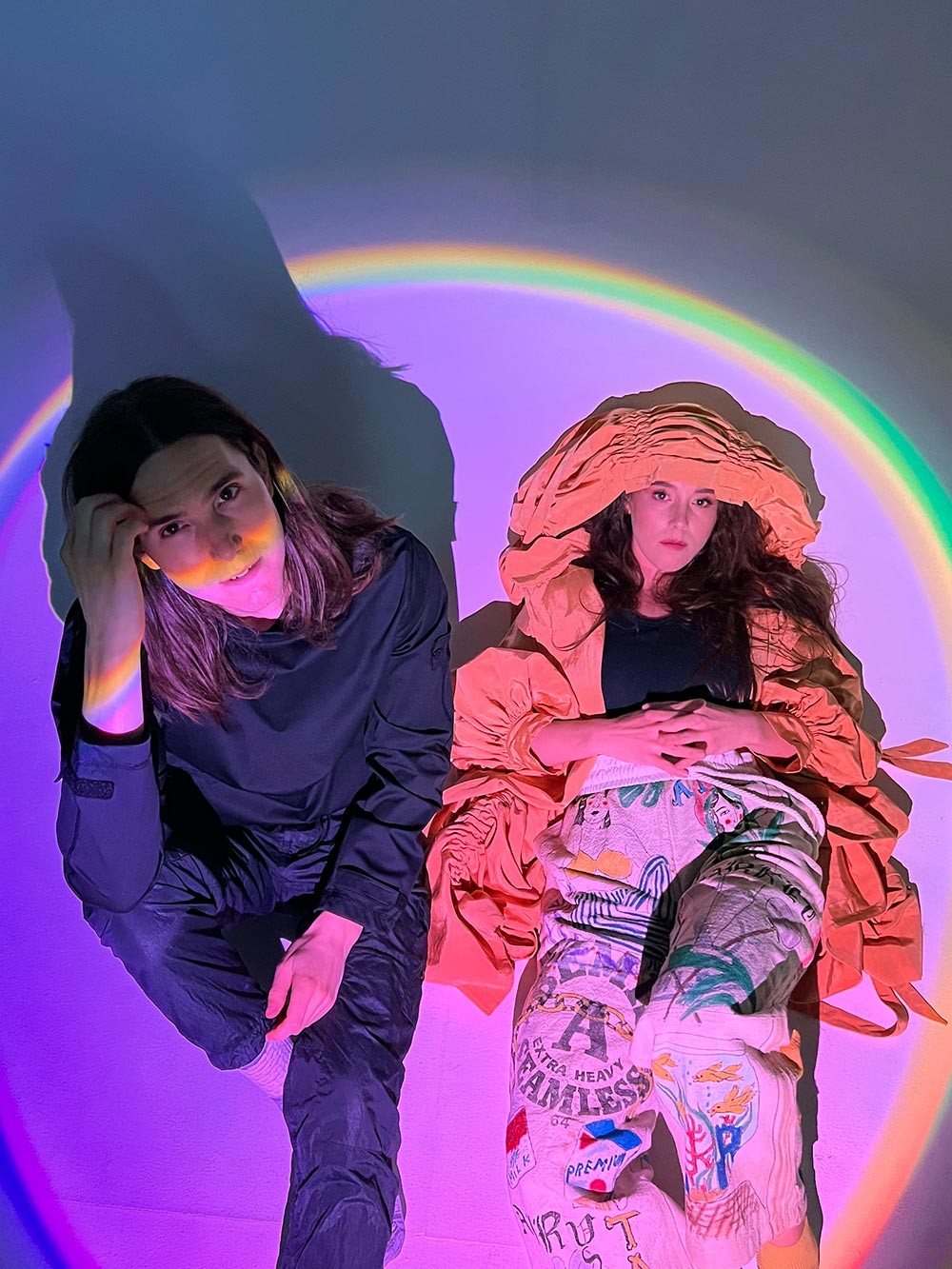 Purity Ring — the duo of Megan James and Corin Roddick — are midway through their Land Voyage 2022 tour, and nightly they're performing tracks from their first three albums and the new Graves mini-album, which was released on their new record label, The Fellowship.

Graves has been years in the making; the band had been sitting on the title track alone for eight years. The track was originally supposed to go on their second album, 2015's Another Eternity, but it just didn't feel right for the time.

In October 2020, James headed over to Roddick's place to work on music, and he pulled up the first version of "Graves" that they had made. She had forgotten about the track after not hearing it in years, but something clicked when James heard it again. That's when the duo decided to build an entire EP around it.

"I don't know what happened, but all of the sudden it felt ready. We've changed. Music has changed," says James. "It felt like a better time now to put it out than it did then for whatever reason."

As their fall 2021 tour was postponed due to the pandemic, Purity Ring decided to delay the release of Graves so that they could tour with these new tracks. They opted for a mini-album over a full-length record, because they didn't want the pressure of trying to make it extremely cohesive.

"It was sort of like each song was its own self, rather than trying to make them each other," says James.

As Purity Ring were making Graves, they had no idea how they would release it. Though they had released three albums with storied indie imprint 4AD, they decided to release it themselves. (This is very on-brand for the duo. Prior to their stint with 4AD, Purity Ring's first songs were self-released, and they've always had their own studio.)

"It's very true to the nature of Purity Ring. We really want our art to be as 'from us' as we can," James says. "That's always been really important to us — to be self-sufficient and to be independent in whatever ways we can."

This includes sewing her own costumes for shows. One of James' favorites outfits of this tour is a curtain jacket filled with ruffles from head to toe, inspired by her dream bedroom. She's already made a second one for the tour.

"This is what I do. I love to sew. I love to make clothes," says James. "It was one of those things where I didn't know how it would turn out, and it looked better than I thought it would."

One piece, called simply "the dress," is an ethereal, voluminous white dress with cloud-like sleeves, complete with lights tucked under the skirt. It's made from 65 yards of taffeta and took four days to make.

The dress was inspired by lyrics for the track "Rubyinsides" off Purity Ring's 2020 album WOMB: "If I could, I would let you see through me." James explains that she wanted something that would light up and be transparent.

"Aside from that, most of the clothes I make for stage are like 'Will I be comfortable? Does it look good when danced in? Can I wear it every day and wash it?' Because it's summer, and there's a lot of sweating," James laughs.

As they finish up their Land Voyage tour, Purity Ring are asking fans attending shows to wear masks to ensure the duo can finish the tour safely alongside their team — and their audience.

"Let's take care of each other," James says. "You have gotten something from this music that's important to you, and I care a lot about finishing this tour safely."