OPENINGS: Less than three months after debuting in College Park, Bagel Bruno (subject of this week's review) has opened its second outpost inside the Foxtail Coffee in Altamonte Springs ... Cheba Hut, a weed-themed sub shop, will open this July at 12100 East Colonial Drive. Food and drink options have names like Acapulco Gold, Kush, Dank and Dirty Hippie. This is the first of three planned Orlando locations – another will be situated closer to UCF (duh) and another either downtown or in SoDo ... Brix & Mortar Urban Winery has opened next to the Old Jailhouse on South Palmetto Avenue in Sanford ... San Julian's Coffee has opened in the old Brownierie space at Lakeside Crossing in Winter Park ... Look for Brick & Spoon, a breakfast and lunch chain out of Lafayette, Louisiana, to open any day now on the corner of 17-92 and Lake Avenue in the Village at Lake Lily in Maitland ... Tabla Winter Park plans on soft-opening this weekend ...

Osphere Neighborhood Grill & Bar has opened downtown in the old Tre Bambine/Spice Modern Steakhouse space at 407 E. Central Ave. The menu offers a mishmash from lump crab rangoon to crispy chicken sandwiches to pan-fried snapper ... Cavo's Pizza (from the same folks behind Cavo's Bar & Kitchen in Thornton Park), will open at the Gatlin Food Hall this spring ... Looks like a Twistee Treat will open in the Lucky's Corner shopping center in SoDo ... Speaking of, the Lucky's Market there will be replaced by a Publix; Aldi will move into the Lucky's in Colonial Landing ... Build-your-own-bowl concept Fresh Kitchen will open its third area location, this one on Lake Emma Road in Lake Mary, on Feb. 24 ... Mr. Puffs, a Montreal-based confectioner specializing in Greek loukoumades (think doughnut holes slathered in syrup) will open its first U.S. location inside the Florida Mall this spring ... Another Canadian chain, Crêpe Delicious, will also open in the Florida Mall. This will be their second crêperie in the area (the first opened downtown on Church Street a few months back) ... An outpost of Brazilian-style steakhouse chain Rodizio Grill is now open at Pointe Orlando. 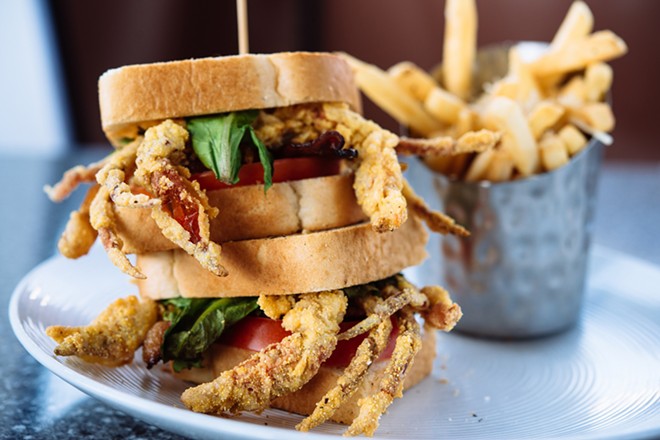 – This story appears in the Feb. 5, 2020, print issue of Orlando Weekly. Stay on top of Central Florida news and views with our weekly Headlines newsletter.