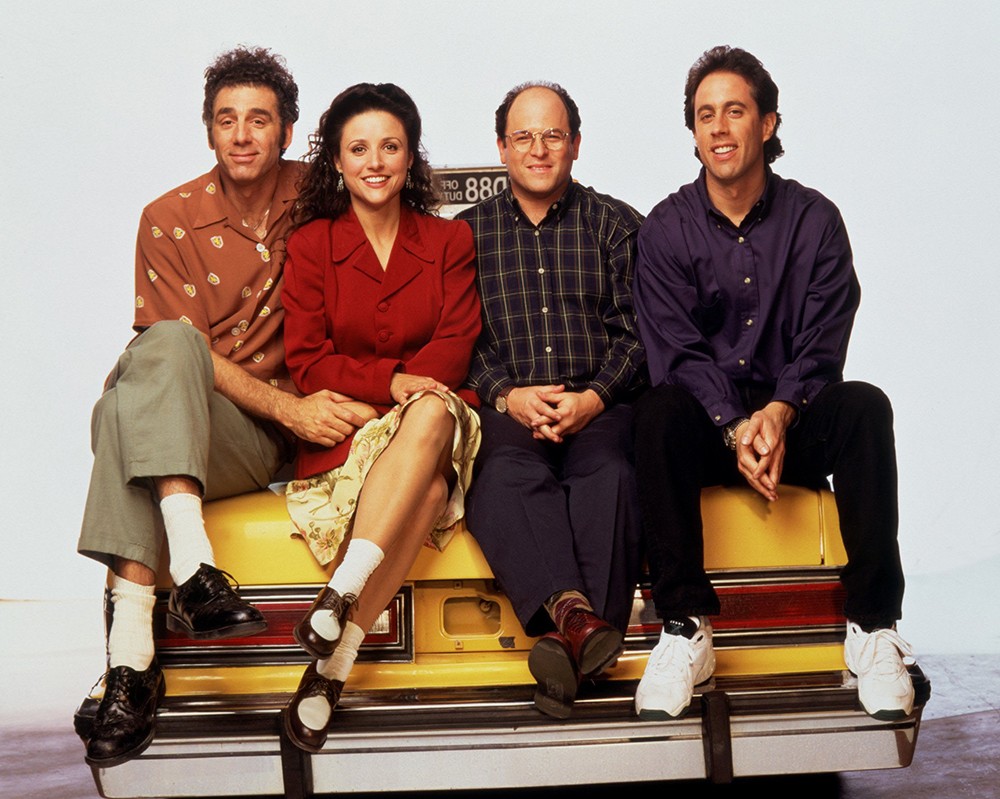 For stream-savvy fans of '90s network television, there's been a huge hole in the weave of Must-See TV spread out over the major services: Seinfeld. The sitcom, often called one of the greatest television shows ever, has only had a handful of episodes available on Sony's little-used Crackle service. Now Hulu, which has reportedly paid about $160 million for exclusive streaming rights to all nine seasons of the show, has every episode ready for your slack-jawed binge-watching pleasure, from "The Seinfeld Chronicles" (the pilot episode, not to be confused with "The Pilot") to "The Finale."

With a show that premiered over a quarter-century ago, it's interesting to watch it from the beginning and see how it's aged. And while there are some cringe-inducing moments, either from setups that wouldn't play well in today's cultural landscape (Jerry drugs a woman so that he can play with her toy collection in "The Merv Griffin Show") or from simple oh-man-I'm-old-ness (Elaine's pursuit of now-deceased JFK Jr. in "The Contest," the fact that so many problems in the show could have been solved with a text message or Google Maps), Seinfeld holds up better than pretty much every other sitcom of the era.

Most of that has to do with the central cast. Jerry (Seinfeld), Elaine (Julia Louis-Dreyfus), Kramer (Michael Richards) and George (Jason Alexander) turned the stock characters of most sitcoms on their heads. Everyone operates out of his or her own self-interest, no one feels bad about this and no one learns a lesson. These characters, though they would be despicable individuals in real life, often speak or act how we want to in situations that call for forced nicety. They tell someone their baby's ugly. They break up with people for superficial reasons. They steal marble ryes from old ladies.

While Seinfeld has been imitated since its run to varying degrees of success, its influence can be seen in the self-absorption of the characters in It's Always Sunny in Philadelphia, the show-within-a-show of 30 Rock or pretty much any comedy that's been described as "postmodern" or "critically acclaimed" since it aired. With that kind of influence, Seinfeld is worth a double-dip 26 years later.