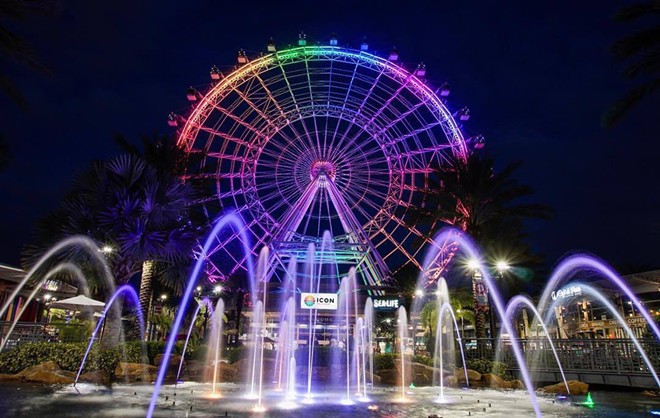 Photo via ICON Park/Facebook
A protestor at Icon Park widely reported to be Tyre Sampson's cousin is entirely unknown to Sampson's family.

The woman who identified herself as Shay Johnson was quoted in news reports of a protest at the park where 14-year-old Sampson fell off of the Orlando FreeFall thrill ride last week. Sampson was taken to the hospital where he later died of his injuries.

Orange County Sheriff's Office reps shared that Sampson's mother has no connection to Johnson, who gave quotes to reporters and held signs demanding justice at the park while wearing a shirt bearing Sampson's likeness.

“She does not know who Shay Johnson is,” a spokesperson told the Orlando Sentinel.

Via attorneys, Sampson's father shared that he also doesn't know Johnson. Reports from WFTV claim the woman has been terminated by her employer, Flash Dancers Topless Go-Go.


On a more official front, Icon Park released a statement commending the ongoing investigation into the Free Fall and its operator, Slingshot Group. Icon Park has asked the operator to close their other ride within the park, the Orlando SlingShot. The FreeFall has been closed since the incident.

"We commend the diligence and thoroughness that Commissioner Fried and the team at the Florida Department of Agriculture have shown as they investigate the operation of the Slingshot Group’s Orlando FreeFall ride," the park shared.  "ICON Park looks forward to working with elected officials, regulators, and the amusement industry to ensure that a tragedy like this never happens again. "