Joel Greenberg will be sentenced this morning. The former Seminole County Tax Collector has pleaded guilty to fraud, sex trafficking and stalking, but his sentencing has been delayed several times as he cooperated with federal investigations into his associates.

Greenberg famously was at the center of an investigation into Florida congressman Matt Gaetz. It was widely rumored that Gaetz and Greenberg both paid for the services of a then-underage sex worker, coaxing her across state lines and meeting the federal statute for sex trafficking. Greenberg's charge for sex trafficking, which he pled guilty to, stems from this interaction. The case against Gaetz seemingly fell apart because of prosecutors' questions about the credibility of Greenberg and the woman in question. 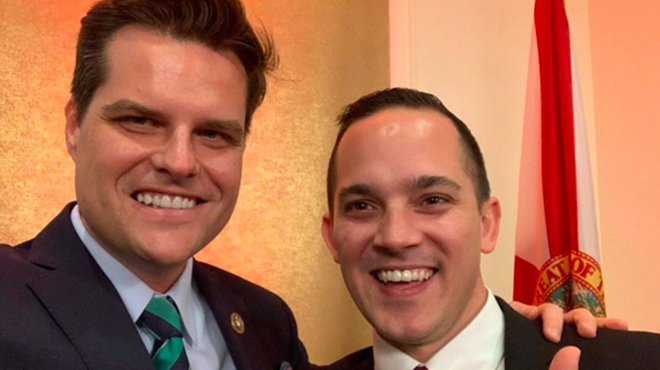 
In seeking a more lenient sentence for cooperation, Greenberg's lawyer noted on Wednesday that the ex-collector helped with 24 investigations. He noted that five people had been convicted based in part on Greenberg's cooperation and two more cases are likely to be revealed next month.