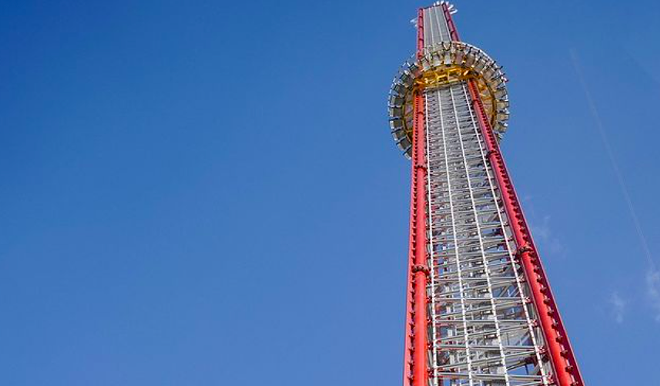 Florida Commissioner of Agriculture Nikki Fried has hired a forensic engineering firm to get to the bottom of what went wrong with the Orlando FreeFall last month.

14-year-old Tyre Sampson fell from the tower ride at Icon Park last month. Sampson was in Orlando on a spring break trip from Missouri with his football team. The teen was taken to a hospital where he later died of his injuries. The terrifying moment that he fell was captured in a widely shared video.

Fried told reporters that her department, which oversees the inspection of carnival rides, were working hard to make sure that nothing like Sampson's death will be repeated.

“We are going to do everything in our power, including potentially increasing our power, to make sure that something like this never happens again,” Fried said, per WESH.

Fried hired Quest Engineering and Failure Analysis of Tallahassee to examine what led to the ride's failure. The manual for the ride operated by SlingShot Group set a weight limit well below Sampson's and the rides lack of seatbelts was noted by riders before the FreeFall left the ground in the aforementioned video.

The notable lack of a lap belt led at least one area legislator to float the idea of requiring stricter safety standards for theme park attractions. State House Rep. Geraldine Thompson shared last week that she plans to propose a bill in Sampson's name acting on the results of the investigation.

“You and I drive cars that have seat belts and airbags. So I think redundancy is a good thing… And it may be that the investigation will point out that not only the harness but an additional safeguard which would have been a seat belt could have saved Tyre's life,” Thompson said.

The ride operator told the Orlando Sentinel that they welcomed any changes in oversight and standards across the industry.

“Friday’s pledge by Florida lawmakers to effectuate change in our industry is welcome,” said Trevor Arnold, attorney for the ride ownership group. “We are committed to working with those in charge to make a difference, as the safety of the public remains Orlando Eagle Drop’s top priority.”