Sixty years ago, Winter Park's mall was a retail revelation. A revamp looks to make it a 'mall of the future' again 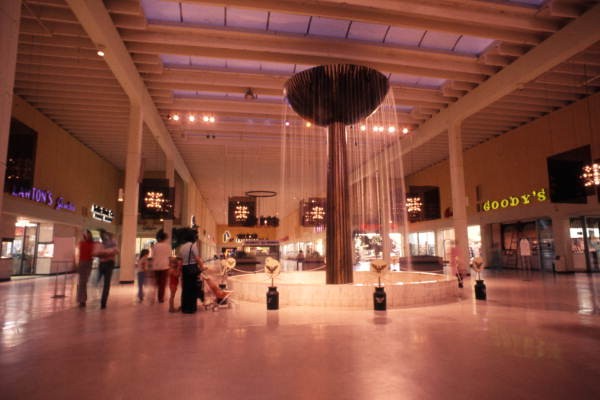 Image via Florida Memory | Florida Department of Commerce.
A 1969 photo of the fountain inside the Winter Park Mall

Looking to capture the evolving demands of consumers, one of the region’s oldest commercial shopping malls is about to undergo a massive reimagining, the boldest it has seen since its groundbreaking update in the late 1990s.

Originally designed as an indoor shopping mall and the first in the area to offer the luxury of air conditioning, the Winter Park Mall led the way in reimagining what a retail center can be. Early on, it gained national notoriety for a massive fire on Easter morning in 1969. That caused the first significant update to the mall since its opening in 1964. 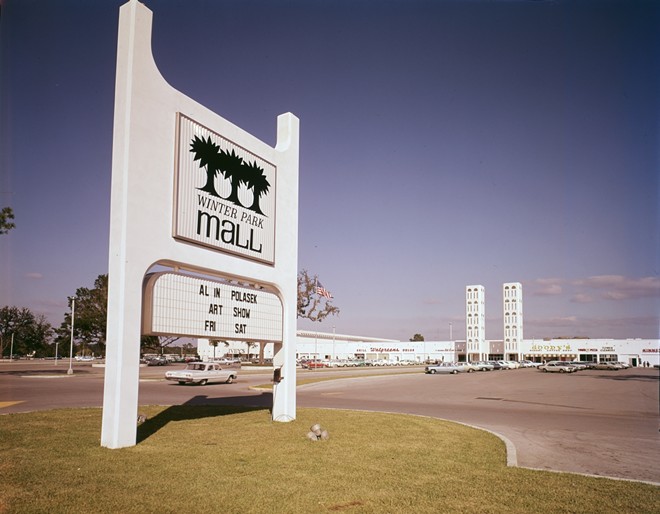 Image via Florida Memory | Florida Department of Commerce.
A 1969 photo of the Winter Park Mall
When the proposal for Winter Park Village was first announced, there was skepticism regarding the daylighting of the then dying mall. In a bid to appease the demanding tastes of Winter Park, mall redeveloper Casto brought in New Urbanism design standards in hopes to recreate something akin to the then still new Celebration Town Center near Walt Disney World.

The project faced many challenges, including a major tenant backing out just the nearly completely rebuilt mall opened. That building, the only one on the property from the original mall, was reworked to include the residential component that had been missing from the plan. When the new Winter Park Village opened in 1999, the era of massive indoor shopping malls was still going strong. The following two decades saw Winter Park Village become a roadmap for other retail centers across the nation. By 2018, more than 100 malls were slated to become similar lifestyle center villages.

Twenty years after its revolutionary reimagining, Casto is again looking to revolutionize what a commercial district in the region is. Casto was already considering an update to the Village, but the project as designed now is partially credited to pandemic-era shifts in business plans.

Speaking to the Orlando Weekly, Casto Southeast Realty Services President Brett Hutchens explains the reimagined Winter Park Village will be a place where guests will want to spend time. The small lawn area near the cinemas in front of The Hangry Bison will have two water fountain elements added and reworked to become a more welcoming urban pocket park-style area. The parallel parking near the lawn area will be removed to allow for an enlarged park area.

Hutchens declined to comment on the sculptures and other artwork seen in concept art of this area but did note the park will be “considerably enlarged” and will feature “fountains and other interactive elements.” Sadly, there's no indication that these water features will include a recreation of the famed water fountain that once anchored the main atrium of the indoor mall.


Across the street, the cinemas will see a massive remodel that will open up the now cavernous front entrance. “There will be a multimillion-dollar redevelopment of the interior lobby and exterior facade of the theater,” explains Hutchens. “It will be a high energy and exciting pavilion.”

Alfresco dining will be significantly expanded throughout the complex, adding outdoor dining areas to Ruth's Chris, Bar Italia, and Chayote. Ruth’s Chris will move from its longtime home across the parking lot to the former Pier One Imports. Concept art for the new restaurant shows a sizeable outdoor dining area. A representative from Ruth’s Chris declined to comment on their plans for this flagship location, which sits within walking distance from their headquarters.

Image via Casto | Colliers International
Concept art of the reimagined Winter Park Village
The current Ruth’s Chris location is shown as available for lease on the website Casto is using to pitch the reimagined complex. Hutchens acknowledged a tenant for this site has to be confirmed, adding, “We are in talks with several interested parties but not ready to announce anything yet.”

According to Hutchens, parking at the complex will also be enhanced with the remodel.

“There are improvements in the sense that there will be more pervious surfaces and small pocket areas - including a parking area across from Ruth's Chris,” they said.

Previously estimated to have a price tag of roughly $20 million, the massive remodeling will see some office space converted to residential uses. Like all retail centers over the past two years, Winter Park Village has faced challenges keeping some tenants. But Hutchens remains optimistic that Village will remain in demand.

“We are thrilled with the leasing activity that we have and the quality of the tenants that we have finalized deals with or are very close to signing," they said. "We expect to announce some very exciting new tenants in mid-March.”

Right now, it's still too early to tell if this third act for the pioneering urban retail center will be as groundbreaking as its first two iterations. But with many of its planned elements now in high demand, this next chapter may prove to be the most popular yet for Winter Park Village.