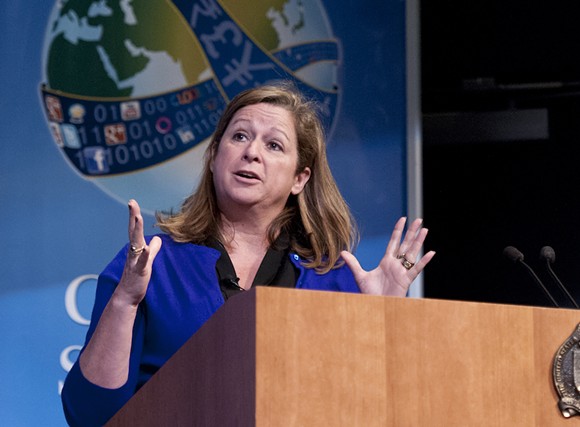 While theme park closures are furloughing so many Central Florida workers that the state has had to find new ways to enter them all for unemployment benefits, the Walt Disney Company has already awarded $1.5 billion in bonuses to its executives.

Abigail Disney isn't having it.

"WHAT THE ACTUAL F***?????" she tweeted on Tuesday, and she was just getting started.

Disney, who does not work for the corporation, also expressed her outrage at recent decisions made by the company on a thread Wednesday by Bloomberg business podcaster Lisa Abramowicz – which shared a Financial Times article titled, "Disney stops paying 100,000 workers to save $500m a month."

"Disney stops paying 100,000 workers, roughly half its workforce, even as it protects executive bonus schemes and a $1.5 billion dividend payment due in July," wrote Abramowicz in her tweet.

Abigail Disney, the granddaughter of Walt Disney’s brother, Roy Disney, shared the post, adding, "OK, I've been holding my tongue on the theory that a pandemic is no time to be calling people out on anything other than failing us in a public health sense. I thought it might be a moment for peace and reconciliation."


OK, I've been holding my tongue on the theory that a pandemic is no time to be calling people out on anything other than failing us in a public health sense. I thought it might be a moment for peace and reconciliation. But I feel a thread coming on....1/ https://t.co/G1mUq7RmAV


Abigail Disney has been outspoken in the past, and also said the company has tough times ahead but that this does not give "permission to continue pillaging and rampaging by management."

Her comments come after a week where Disney suspended 43,000 employees without pay. The April 21 Financial Times article she shared noted that the company's layoffs, "leaves Disney staff reliant on state benefits — public support that could run to hundreds of millions of dollars over coming months — even as the company protects executive bonus schemes."

The article also contrasted Disney's executive income against those of other multinational companies like L’Oréal, have vowed to forgo state aid to show of solidarity with taxpayers.

"That'd pay for three months salary to front line workers. And its going to people who have already been collecting egregious bonuses for years," Disney told the Associated Press, adding, "if you know the back story, which I do, you would be horrified to know just how hard they made it for the people asking for that $15."