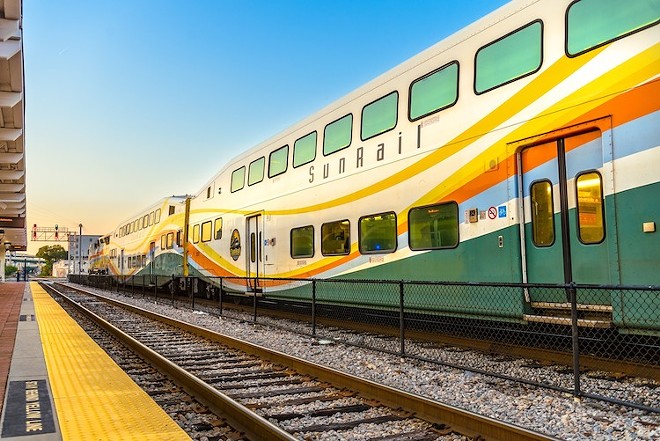 Seemingly undaunted by the possibly impending dissolution of sister theme park Disney's Reedy Creek Improvement District, Universal and the Orlando Right Rail business coalition submitted a petition to the Orange County Commission last week for their own taxing/development district. This new entity will oversee the funding, construction and eventual operation of the station.

The planned light-rail station at the Convention Center will be a hub for a rail line connecting the Universal and International Drive area to MCO. While the rough timeline has this new corridor up and running by 2030, Universal City Development Partners Ltd. are ready to go full steam ahead now with the Shingle Creek Transit Utility Community Development District if (ed. note: LOL) the county approves, as reported by Orlando Business Journal.

Universal Orlando has set aside 13 acres of property near Epic Universe (opening in 2025) to be the site for this new OCCC train station, part of an eventual "Sunshine Corridor" light-rail line connecting the theme park to the Orange International Airport.

The taxing district, with Universal as the only property owner within, promises to initially raise $125 million in funding through private bonds, to defray the projected $1 billion price tag.