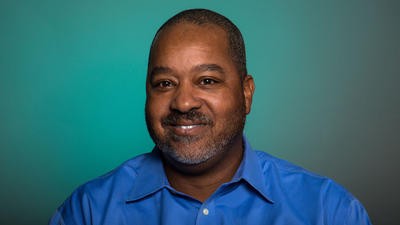 via Orlando Sentinel
Avido Khahaifa is now publisher and editor-in-chief of the Sentinel
Early this morning, word began to spread that major changes were afoot at Tribune Publishing. What we first heard through the grapevine was that the company had fired the publishers at all of its daily papers. As the day wore on, the company's various publications started to announce their editors would assume the dual roles of publisher and editor in chief. A fourth-quarter earnings report posted to Tribune Publishing's website announced that the company was implementing a "content-first" reorganization that makes the editors of all of its major dailies editor/publishers.

Traditionally, newspaper editors are responsible for executing the editorial vision and strategy of their publications, while publishers are responsible for the business of running the entire media organization. The new role puts the elevated editors in charge of both. A story in the Wall Street Journal today points out that the move eliminates the firewall that has traditionally existed between the content-producing and money-making sides of most major publications.

"These managers are in the unique position of understanding their local communities, having the trust of their readers and maintaining the highest standards of journalistic integrity while implementing key initiatives that drive the business forward," according to a press release on Tribune Publishing's website.  The announcement also notes that all subscribers to Tribune publications will have access to the digital content from all Tribune-owned properties beginning in April.

At the Orlando Sentinel, publisher Nancy Meyer was replaced by Avido Khahaifa, Orlando Sentinel Media Group editor. Khahaifa declined to comment at this time, but according to a press release from the Sentinel, he will be in charge of the publication's advertising, circulation, marketing, finance and operations.

“I’ve been part of this organization and this community for a long time, so it’s a real privilege to lead the charge moving forward,” Khahaifa was quoted as saying in the release. He has been with the Sentinel since 2005, first as general manager, then senior vice president of business operations. He assumed the role of director of content in 2010 and he's been the editor of the Orlando Sentinel since 2013.

The Sentinel was recently named one of Editor & Publisher's 10 Newspapers That Do It Right. You can read the complete story here.