Orange County Mayor Jerry Demings has declared a local state of emergency and mandated that all non-union county employees be fully vaccinated by the end of September.

Demings announced the move during a coronavirus briefing where he discussed the county's startling spike in coronavirus positivity and bad prognosis for the coming weeks. The mandate only applies to Orange County employees who are not represented by a union, as the county plans to negotiate a plan with those employees' bargaining units. The requirement calls on all effected employees to receive their first dose by August 31, unless they can substantiate an exemption on health or religious grounds.

In addition, all Orange County employees, regardless of vaccination status, will be required to wear a mask while inside county buildings. Beyond that, Demings is urging private businesses and other non-county public sector employees to require masks and encourage vaccinations. 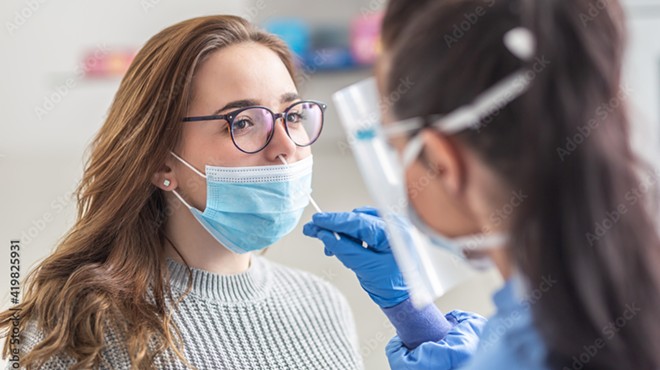 
"I want to show our residents and visitors that Orange County is being proactive in lowering the spread of the virus," Demings said. "I’m asking other businesses to follow our lead."

When asked whether he believed voluntary urging of spread-reducing practices would be useful, given the current state of the county, Demings said he had faith that the community would do the right thing. He also noted that his hands were tied to force compliance, as the state of Florida passed laws barring local governments from enforcing masking mandates.

"Because we are here in the state of Florida, and the Florida legislature passed certain laws that significantly restricted the ability of local governments to issue mandates, we find ourselves in this position today," he said. "I’m taking the action that I believe is legally defensible."

While many of Orlando's theme parks have eased or eliminated COVID-19 regulations, Demings said he hopes they would follow recent CDC guidelines around masking.

"I expect all of the theme parks to follow the CDC recommended guidelines," he said.

Elsewhere in the meeting, Demings shared that the unmitigated spread of coronavirus was already proving harmful to Orange County. He said that a convention planned for the coming weeks had cancelled its time at the county's Convention Center, resulting in an estimated loss of up to $15 million.

Demings also shared that the county is taking part in a wastewater monitoring program, one that attempts to predict the future rate of coronavirus infections by testing for virus RNA in the water before it is treated. Based on that program, Demings said the county could expect a significant increase in infections in the coming weeks. The current situation is already bleak, with Orange County setting a record for daily new cases (1,371) yesterday.

However, Demings offered one bit of hope. He said that more than half of people coming to receive a vaccine at the county's Barnett Park site in the last week were there to receive their first dose. That number had dropped significantly in recent weeks, but the turnaround shows that more people are hearing county pleas to get vaccinated.

“If we pull together we can avoid a collapse of our economy that would be self-inflicted,” he said.


UPDATE: Florida governor Ron DeSantis has issued a rambling response to Demings' order. DeSantis  touched briefly on the substance before launching into a diatribe against vaccine passports and mask mandates, neither of which had anything to do with what Demings shared.

Here’s the response from @GovRonDeSantis’ office in regards to @OCFLMayor requiring all employees to be vaccinated. @WFTV pic.twitter.com/Fo64ASCBuW

"From an employment perspective that is a completely different thing from vaccine passports," he said in the lone relevant bit of his rant. "I don't support mandates either way, but that's a separate issue for employers, that's a different thing, there's a separate body of law with that."
–
Stay on top of Central Florida news and views with our weekly newsletters, and consider supporting this free publication. Our small but mighty team is working tirelessly to bring you Central Florida news, and every little bit helps.