A leaked opinion from the Supreme Court appears to signal the official end of guaranteed abortion access in the United States.

The majority opinion, authored by Justice Samuel Alito, overturns the precedent set in Roe v. Wade and takes aim at other rights granted to Americans under a similar right to privacy framework (namely, cases that deal with same-sex relationships). In short, while abortion is still legal in Florida and the ramifications of this decision will take a while to shake out, the near future looks very, very bad.

Alito expresses his support for abortion returning to a state-by-state issue. What this likely means is strict bans put in place by state legislatures — either trigger laws that are geared to create wholesale bans as soon as the precedent is repealed, or laws that would otherwise be scrutinized under the precedent set in Roe — will take effect rapidly.

"Roe was egregiously wrong from the start and that the issue of whether abortions are legal, should be returned to the people’s representatives," Alito wrote, sounding the ever-problematic trumpet of states' rights. 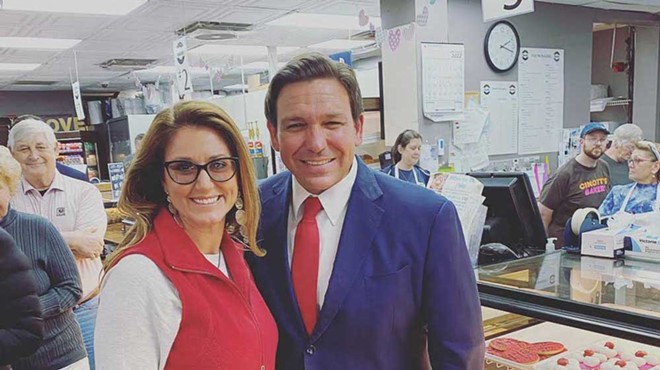 In Florida, the drive to push women back into forced births and LGBT folks back into the closet is just getting going: Rights aren’t always permanent


In Florida, this means the recently passed ban on abortions after 15 weeks is likely to become law statewide. The case that was challenged up to SCOTUS that led to this reversal of precedent was based around a similar ban in Mississippi. There are no exemptions in Florida's version of the law for instances of rape or incest.

The decision shared in the leaked opinion draft is not final. It is unlikely that the draft written earlier this year will be the full official ruling, as decisions frequently undergo several drafts. The ruling will not take effect until after it is released officially, sometime in the next few months.