Like its multimillion-dollar sculpture garden, Bacan at the Lake Nona Wave Hotel cuts a fine figure 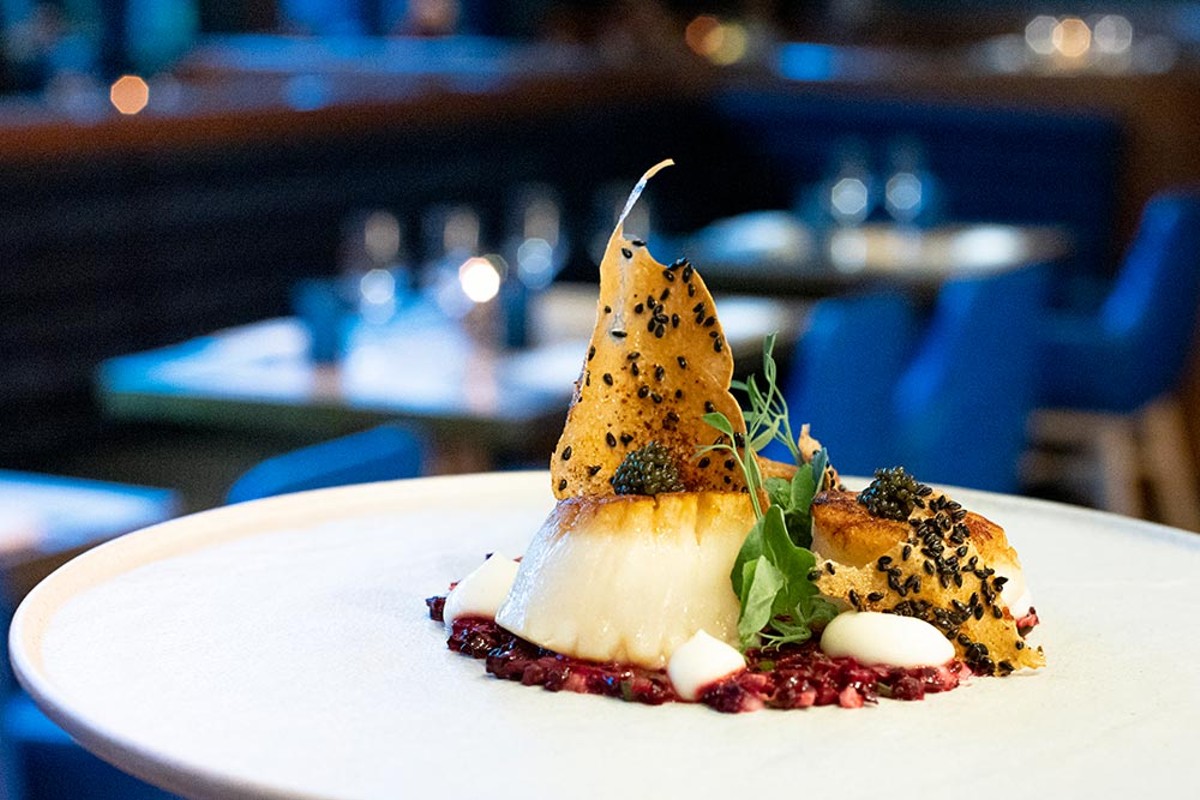 The Land of Lake Nona, set within the Kingdom of Tavistock, has become a living lab of high-tech connectedness, autonomous vehicles and neo-futurist aesthetics. If you haven't been, it's kinda cool. Really cool, in fact. Step inside the Lake Nona Wave Hotel and it's hard not to be mesmerized by the ultramodern surroundings, the airy tropical spaces and the stunning artwork.

"That looks like a Henry Moore," I said to my dining comrades as we strolled through the hotel's sculpture garden. "Umm, that's because it is," said the pal. I'm dumbfounded. There's not one, but two — two! — Henry Moore sculptures in the turfed yard, as well as Arturo di Modica's Charging Bull and works by Phillip Jackson and Enzo Plazzotta. As we watched, a guest took the opportunity to get awkwardly intimate with Fernando Botero's awkwardly intimate Leda and the Swan, and so can you.

Yup, millions of dollars' worth of prized sculptures just sitting on some fake grass in Lake Nona waiting to be grabbed and buggered with. The collection belongs to British billionaire Joe Lewis, who also happens to be the chairman of Tavistock Group, the private investment firm behind the creation of Lake Nona, which includes the Lake Nona Wave Hotel and its restaurant Bacán. 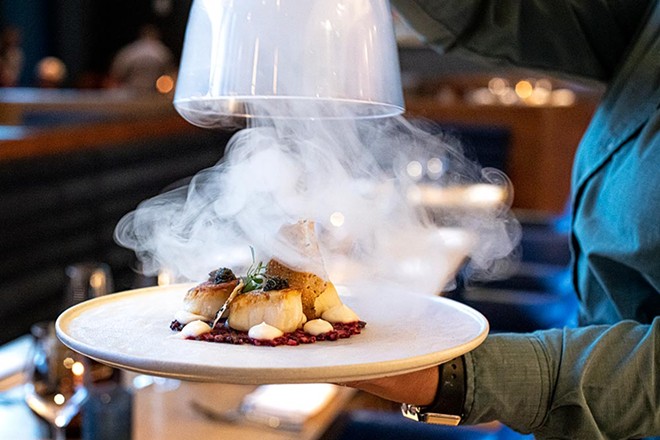 Bacán, no surprise, is Spanish for "cool," as in "Whoa, that bumbling robot server with the scrapes on its sides is, like, so not bacán." Or "Whoa, check out that way-bacán mural of Incan goddess Pachamama!" The artwork on the back wall of this handsome restaurant offers a big hint as to the kitchen's offerings: that is, dishes influenced by the ingredients and techniques of "the Americas." So charred pulpo ($25) comes embellished with a colorful spill of aji amarillo and chimichurri (as well as a bit of smoked feta and black olive dust). It's a gorgeous plating but, then again, most everything here is.

Charred baby leeks ($18) nestled in smoked romesco pimentón are wildly dressed with pistachio-dukkah chili oil, Point Reyes blue cheese and micro greens. We took turns eating the leeks with fiery grilled corn ribs ($12) jacked with adobo mayo, cotija cheese and cilantro for alternating chomps of splendor. A meal, albeit a pricey one, could be had from just these three starters alone.

Tostadas ($24) comprised plenty of visual spectacle — crackling blue corn tortillas, dollops of burrata and drops of zesty herb crema tactically squeezed onto chunks of lobster — but the lobster was the fail here. Just little to no flavor in the meat, which surprised us, considering the lobster looked fresh. The duck ($36) seemed to have been constructed using the Frank Gehry Manual of Food Architecture: The swirl of preserved rainbow Swiss chard wrapped around a block of sous-vide breast crested with foie and a crisp, undulating tapioca chip was an exercise in postmodernism. It looked like the Guggenheim in Bilbao surrounded by blobs of green tomatillo salsa and pumpkin sauce. Form over function? A bit. My issue was that there wasn't very much fat on the meat (apart from the foie). A side of truffle fingerling potatoes ($10) added the necessary weight. While cod poached in olive oil ($38) was expectedly lean (and superb), it was the crispy quinoa with pine nuts and apple that really wowed. A lime foam embellished it and it worked. 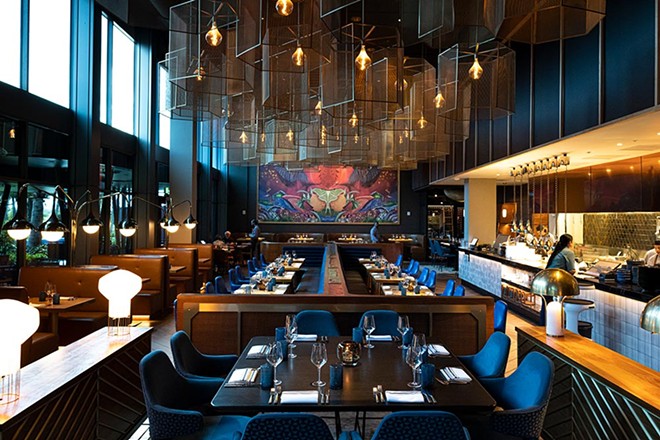 A lime cream embellished the dessert pavlova ($14), and it didn't. At least not for my two dining companions. Personally, I didn't mind the bitter notes blending into caramelized pineapple, coconut streusel and coconut ice cream. The banana cream tart ($14) with vanilla curd sided with a tropical fruit salsa dotted with guanabana pearls is a safer bet. The latter was a recommendation from our dispassionate server, who also didn't seem to know much about the menu.

"That robot has more personality," said my pal, and we had a good laugh over some really stiff and impressive cocktails. Like the food, they come at hotel steakhouse prices (our cocktails ran $16-$19), but we left content nonetheless.

In fact, as far as hotel restaurants go, Bacán, like the sculptures outside, deserves to be put on a pedestal. 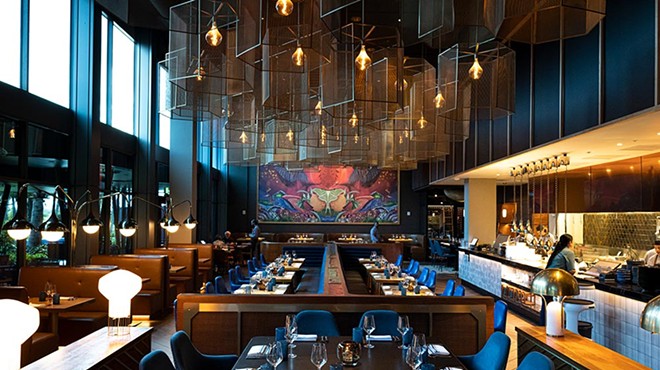