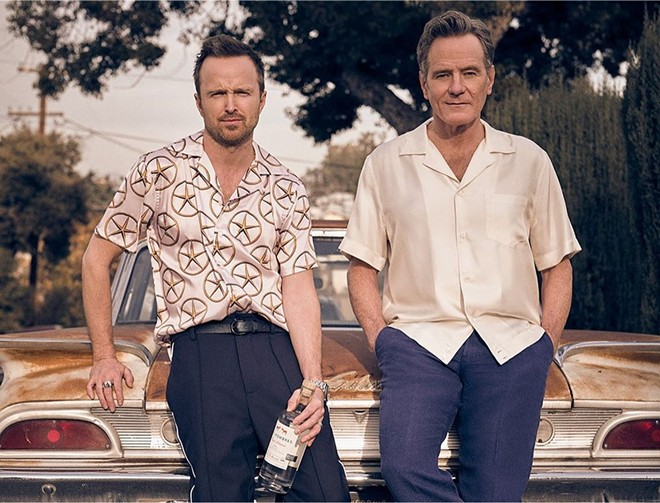 Dos Hombres
Aaron Paul & Bryan Cranston
Bryan Cranston found himself in Central Florida in the mid-1970s during a two-year, cross-country motorcycle trek he took with his brother. After a stint waiting tables at the Hawaiian Inn in Daytona Beach, the Breaking Bad actor became a police suspect after the head chef was ... umm ... murdered.

OK, that part isn't true, but the part about Cranston being a real-life murder suspect is. And, no, he didn't do it.


Fast forward about 40 years and Cranston is killing the competition at a different game — mezcal. He and Breaking Bad co-star Aaron Paul launched their Dos Hombres brand in 2019 to much acclaim and next month they'll be in downtown Orlando, a place Cranston often visited, to promote their artisanal spirit.

"When I lived in Daytona Beach in my early 20s, it was a sleepy little beach town, so we'd often come to Orlando to hit the restaurants and party," he says. "It was just fun to explore what this larger city had to offer, so we're excited to bring Dos Hombres to the very heart of Florida, which is Orlando."

Indeed he and Paul will bring the party to the heart of the very heart of Florida with a bottle signing event at the Liquor Library and Wine Market Wednesday, May 4, from noon-2 p.m. The dos hombres will sign bottles of their mezcal, hand-crafted from espadin agave in San Luis del Rey, a small village three hours outside of Oaxaca, and chat it up with fans.

While Cranston's and Paul's mezcal partnership has proven successful, it took some effort for it all to come together. 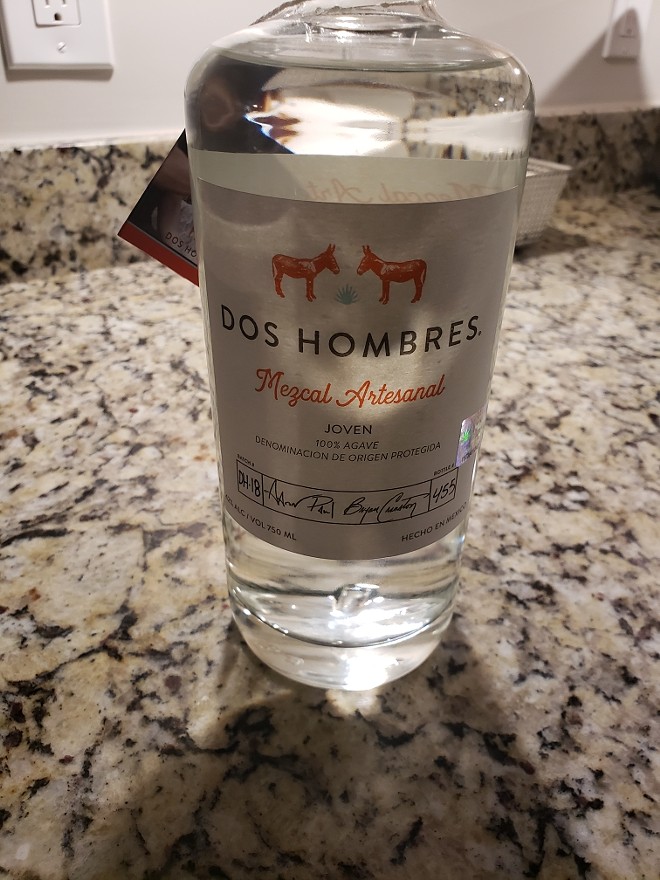 Faiyaz Kara
"Men need a reason to see each other," jokes Cranston. "Women, by comparison, are so much more advanced and mature — when they miss a friend, they call them. For men, we have to have a business or enterprise to get together to justify the time to socialize. It's sad. But we're glad we did it."

Paul has been an avid imbiber of mezcal for quite a few years, whereas Cranston readily admits he was "confused" by it. "For me, mezcal was that $4.95 bottle with the worm at the bottom that smelled like carpet cleaner. In fact, I used to clean our carpets with it, and it worked really well." 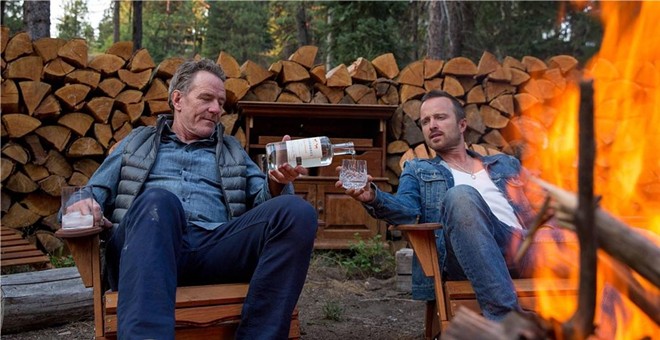 Dos Hombres
Bryan Cranston & Aaron Paul
"But then we went to a mezcal bar in New York City and I was blown away," he continues. "Some were sweet and some were citrusy. Some were strong and some were light. So Aaron and I made a promise to each other — we'd go down to Oaxaca and if we found something we both truly loved, we'd start our own mezcal brand. We were there for a week, tasting and tasting, then on our last day in this beautiful little town with no cell service and one landline, we found it."

One reason it took so long is that Cranston and Paul had diverging palates when it came to mezcal. Paul gravitated towards the strong, while Cranston towards the smooth. "I prefer not to be assaulted by my mezcal," Cranston says, "but what happened throughout the week was that I began to appreciate stronger mezcals and Aaron the more inviting ones. On that last day, we found the one that pleased us both."

Fans of mezcal can judge for themselves May 4, or buy a bottle of Dos Hombres at these local retailers.

And if you don't like it, well, I have some carpets that need to be cleaned.