Aurora at the Celeste Hotel, near UCF, serves plates that break the astral plane 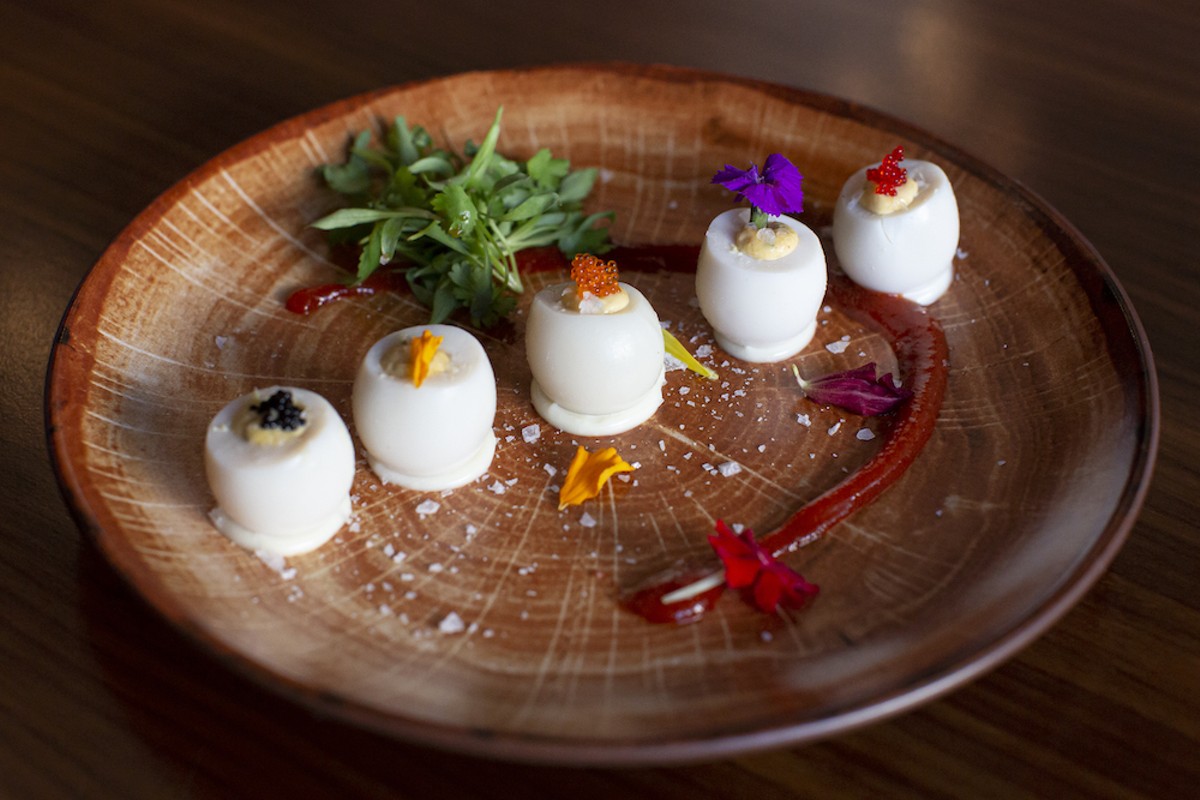 Mike Trudnak is incredibly down to earth for someone overseeing a space-themed restaurant. In fact, you'll see him running food directly to guests at the Aurora inside the Celeste Hotel, then chatting with them about the techniques used to prepare those dishes. When Trudnak swung by our table to see how things were going, we posed the same question back to him. "Well, we're short-staffed, so if you don't see a server or the hostess, they're probably running food to a guest in the hotel," he said.

Just a sign of the times, I suppose. Trudnak does what needs doing, even if it's delivering room service. If you're hearing Casey Kasem's raspy voice in your head intoning, "Keep your feet on the ground, and keep reaching for the stars," well, you're probably as old as I am, but you're also correct: Trudnak wholly embodies Kasem's brand motto — not only does the man exhibit no semblance of ego, but his dishes are nothing short of stellar, pun intended. And Trudnak's doing it with no more than two cooks in the kitchen on any given day.

Now a confession: Even after sipping on a couple of fine cocktails — the citrusy namesake Aurora ($13) and the Great Unknown ($15), a boozy beaut — we had doubts about how good the food in a hotel restaurant on the UCF campus could possibly be. Sure, the restaurant looks great — I half-expected a stark, retro-futurist aesthetic à la the Hilton Space Station V in 2001: A Space Odyssey but we were greeted, rather, by tasteful minimalism. There's a pristine serenity to the space: the upholstered wall incorporating colors of the aurora borealis is a particularly nice touch, and I totally geeked out on the rocketship display at the entrance. 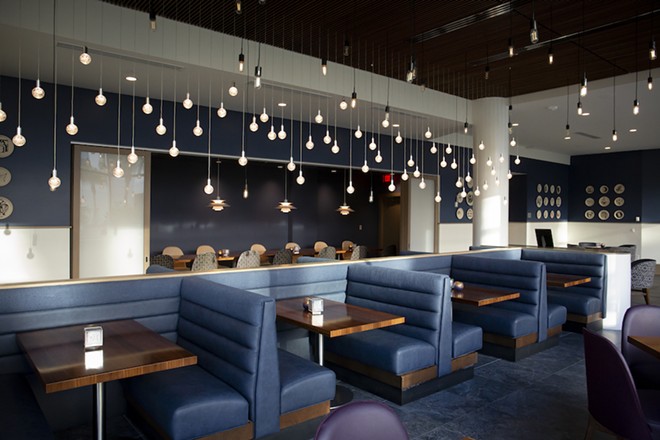 photo by Rob Bartlett
Aurora Restaurant at the Celeste Hotel

Then the eagle landed — well, the duck, to be exact, in chili-glazed wing form ($10). Why duck wings aren't served at more restaurants I don't know, but the Aurora's wings and flats came beautifully presented on a large blue plate, strewn with shaved celery and with a smear of blue cheese crème fraîche. For $6, they're an absolute steal during happy hour (4-6 p.m.). But there's perfection to be had in the heavenly crab cake ($12) as well. The browned puck came nestled in horseradish remoulade and crowned with tousles of pickled fennel, bits of charred lemon and microgreens. Next the sun made its presence felt in the bright dining room, lending a pronounced glisten to thyme vinaigrette-slicked greens in the local salad ($12). Red and green heirloom tomatoes brought plenty of pop; fried chickpeas provided the crunch. From the list of mains, Trudnak suggested the chargrilled skirt steak ($30), saying, "I marinate it in papaya, honey and garlic, which makes every bite tender." Numerous cuts in the asparagus-draped steak had it looking like petrified wood. But Trudnak was right. I honestly don't recall eating skirt this tender before. Orbiting the edge of the plate were strategically placed pommes Parisienne and cherry tomatoes connected by a streak of smoked herb sauce. Cute.

The root vegetable pavé ($22) was a valiant attempt at a meatless main: layers of red and yellow beets, parsnips, rutabaga, celery and sweet potato compressed, cooked, then blast-chilled before being plated with asparagus and black rice. The pavé sat over celeriac and green pea purees, but what the dish really needed was an acidic/spicy component to balance out those sweet and, umm, earthy flavors.

Moon Pies and Milky Ways for dessert? Oh no. Trudnak shoots for the stars with a $17 production called the "Supernova" comprising a Ghirardelli brownie topped by what looks like a dwarf planet (it's actually a dark chocolate dome given a planetary airbrushing). It implodes in dramatic fashion after a warm rum-caramel sauce is poured over, revealing an interior of vanilla bean ice cream and smashed raspberries. It was served with a crumble of candied walnuts and, needless to say, made a showstopper of an ending.

An important note: If service seems off, re-read the opening paragraph. Yes, the restaurant will staff up as UCF returns to normal operations this August (and as we approach herd immunity), which should only make the experience here all the better. Though I wouldn't worry too much about it — it seems the stars have already aligned for Aurora. 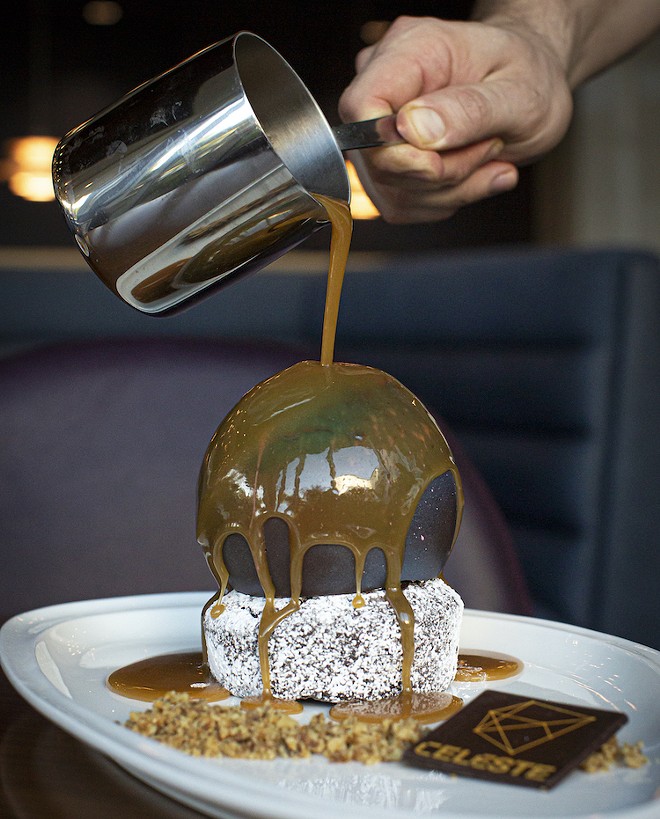