The company said it was 'consolidating redundant positions' after a merger last year. 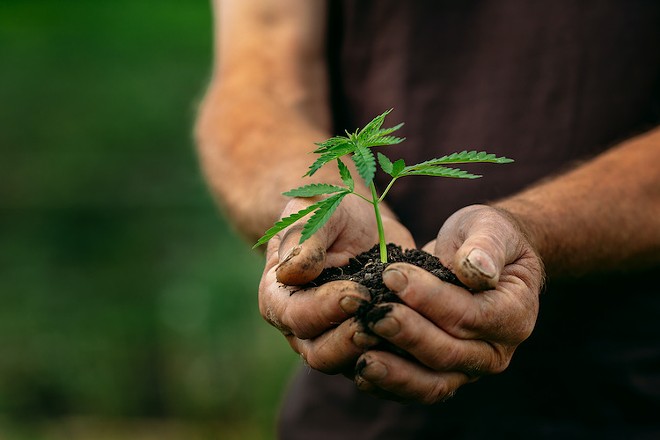 Adobe
Workers laid off by Trulieve, Inc., the state’s largest medical-marijuana operator, have filed a potential class-action lawsuit alleging the Tallahassee-based company failed to give adequate notice before letting them go.

Trulieve, which operates in nine states including Florida, laid off an unspecified number of workers over the past few weeks at facilities in North Florida, where its grow operations are based. The lawsuit alleges Trulieve failed to comply with the federal Worker Adjustment and Retraining Notification Act, which requires advance notice before plant closings or mass layoffs.

Tallahassee attorney Tiffany Cruz filed the lawsuit on behalf of Ranjill O’Neil, who worked at the company’s Quincy location. The lawsuit said workers at Trulieve operations in Quincy, Monticello and Midway were laid off. It said federal law requires Trulieve to give employees at least 60 days notice before termination but did not do so. The lawsuit seeks certification as a class action.

Trulieve disputed the allegations. Trulieve “has complied with all state and federal laws with regards to reductions in force,” Tallahassee attorney Glenn Burhans, Jr., a partner in the Stearns Weaver Miller firm, said in a statement Thursday. “Where possible, Trulieve offered impacted employees new positions at the same site or at other sites in the area. Where transfers were not feasible or accepted, employees were offered severance packages,” the statement said.

In a separate statement, a Trulieve spokesman attributed the layoffs to a “combination of factors.” The company also was “consolidating redundant positions” after a merger last year, according to the statement. Trulieve said it is “committed to Northwest Florida,” pointing to a new 750,000 square-foot facility in Jefferson County. The cannabis operator employs nearly 9,000 workers across the country and is hiring “for new positions in other areas,” according to the statement.

Trulieve in October 2021 finalized a merger with Harvest Health & Recreation Inc., making it the “largest and most profitable” marijuana operator in the nation, a press release announcing the deal said. The lawsuit seeks monetary damages equal to the sum of unpaid wages, salary, commissions, bonuses, accrued holiday pay, accrued vacation pay and other benefits for 60 days following the date of the workers’ termination.