With new holiday events coming to Hollywood Studios, Disney looks to be sinking the Jingle Cruise 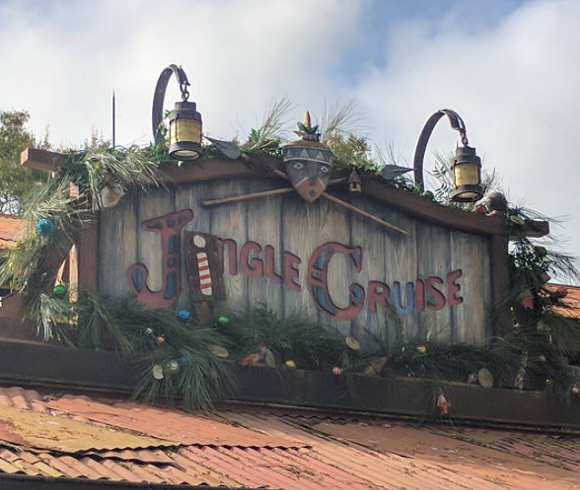 Image via rgrdisney | Instagram
Since 2013, Disney has transformed the Jungle Cruise at both the Magic Kingdom and Disneyland in Anaheim into a pun-filled, Christmas inspired attraction known as the Jingle Cruise.

Initially panned by critics, Disney added more props, like Santa hats for some of the animatronic animals, and worked on the script. In more recent years the annual ride overlay has become a favorite must-do for many visiting during the holiday season. 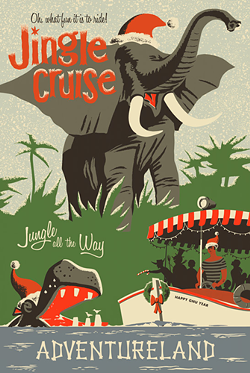 But now there are numerous reports that we might not see the Jingle Cruise return for the 2017 season. Disneyland's spokesperson Erin Glover confirmed to MiceChat, that the holiday overlay won't be returning while there's yet to be any official confirmation from Walt Disney World. Disney has announced numerous holiday time updates to both parks but curiously missing from the announcements is any mention of the Jingle Cruise.

In both California and Florida, Disney is looking to shift crowds from their premier parks and into secondary parks. Out in California, a number of holiday updates are larger than ever in Disney California Adventure. The holiday updates in this park have already begun with a major new Halloween overlay in the park. A Latino-focused holiday celebration, Disney ¡Viva Navidad!, will be back along with a special holiday version of the park’s nighttime show, World of Color, and marketplace booths similar to the ones found at Epcot well over two-thirds of the year at various festivals, most notably the annual food and wine festival.

Here in Orlando, the Magic Kingdom is still getting plenty of holiday cheer with unique decorations and, of course, the ultra-popular Mickey’s Very Merry Christmas Party. The annual upcharge event has been going strong at the Magic Kingdom for over two decades now, and it’s meant that the park has receives a ton of special decorations and updates.

With Hollywood Studios suffering from a major facelift that’s closed all but four rides and has left nearly half the park behind construction walls Disney is looking for new ways to draw guests into the movie-themed park. They’ve opted for a ton of new holiday offerings, including a projection show on the Tower of Terror that will feature characters such as the Swedish Chef and Frozen’s Olaf. With 2 major holiday focused nighttime shows and tons of other holiday updates to the park it’s clear the Disney is hoping to bring back some of the crowds to Hollywood Studios that the Osborne Lights pulled in. Sadly, after a 21-year run and despite rumors to the contrary, the Osborne Lights will not be returning to Hollywood Studios this year.

Epcot is getting its own increase of holiday cheer with the ‘Epcot International Festival of the Holidays’ replacing ‘Holidays Around the World’ at the park. The new festival is essentially a holiday version of the Food and Wine Fest. The food booths were first tested last year, and if the long lines prove anything, it’s that these booths were a financially wise addition for the company. A new up-charge scavenger hunt will feature Chip & Dale.

Along with these new holiday additions at Hollywood Studios and Epcot Disney is still trying to promote, Pandora-The World of Avatar, the largest expansion at Disney’s Animal Kingdom since the park opened and a still rather new nighttime show at that park that was years in the making.
The focus beyond the Magic Kingdom isn’t a by chance; it looks to be a conscious move by Disney to shift the crowds away from the busiest theme park in the world.

Those crowds are possibly another reason for nixing the holiday version of the boat ride. The demand for the updated ride means larger crowds in the already crowded park which typically sees multiple days at full capacity during the holiday season.

Disney has yet to officially confirm that the Jingle Cruise won’t be returning to the Magic Kingdom. The Christmas focused holiday season begins at the park just after Halloween with the first Mickey’s Very Merry Christmas Party on November 9.