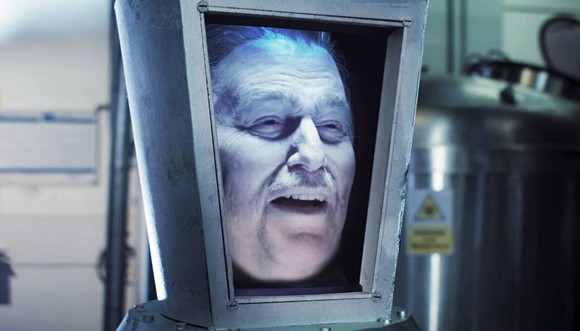 During a detour in the park's infamous underground Utilidors, Peter, a downtrodden WDW cast member, stumbles upon Disney's darkest secret: Walt's frozen head. He's awoken once a year to approve major corporate decisions, but the frozen theme-park founder is bored and just wants to watch the fireworks. Local actor Daniel Cooksley plays Pete, who takes the Waltsicle for a daylong romp through the Magic Kingdom. Walt is played by revered theme park performer Ron Schneider.

"The movie was made without the knowledge or permission of the Walt Disney Company or family," says Lancaster. "Significant portions of the film were shot guerrilla-style on Walt Disney World property."

After killing on the festival circuit for the past six months or so, Lancaster announced last week that the film will premiere online at 8:30 p.m. Thursday, March 14, on YouTube. Set a reminder here to make sure you don't to miss it.