Among the score of shows honored with Critics' Choice awards at last month's Orlando International Fringe Festival, only The Mockingbird News nabbed more than one win, claiming both "Best Individual Performance in a Drama" for star Sarah Lockard and "Best Director" for Leesa Halstead Castaneda. After that triumph, you might expect writer-producer Joseph Reed Hayes to take a break, but he's back at Loch Haven Park with this weekend's world premiere of If I Had My Way, the latest and largest work from one of Central Florida's most prolific playwrights. 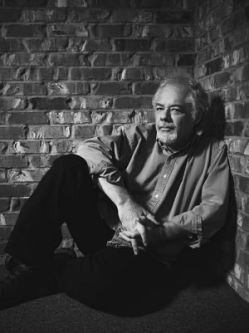 "It was a great experience," gushes Hayes about his first Fringe show since 2004, which came on the 20th anniversary of his first. "There was very little tension; everybody seemed from the very beginning to be on the [same] page. They knew what I was talking about, which is a remarkable thing. For me to hear what is in my head actually come out of a person's mouth the way I thought it was wonderful."

Hayes has particular praise for Halstead Castaneda — whom he originally considered for the leading role — and Lockard. "I knew from the very beginning, because it was my brain, that it would be a complex and convoluted play to put on. Particularly for one person, when you've got a script that really could have very easily been a two-hour show, to do all of those words in what amounted to 45 minutes — that's quite a job, and Sarah just did that so brilliantly that she deserved every award that she got for that."

The Mockingbird News was the penultimate project in a series funded by a Florida Division of the Arts and Culture "Specific Cultural Project Grant." Hayes was one of only three playwrights in the state to receive the grant, and the only in Orange County, and he sounds as surprised as anyone.

"I'm still astounded to this minute that this happened," he says, explaining that he had previously applied for the same grant a decade earlier without success. "It's tough, because it's absolute bureaucracy, and if your brain can't switch over from arts into paperwork, it's really really hard."

Hayes says he only applied again last year to "keep something in the pipeline, just to let the state know that there is still interest in funding for arts. It was almost like I'm making a statement, and I fully expected not to get it. ... Then I got that email from the state saying, 'Oh, by the way, we got fully funded. And the application that you put in a year ago that you forgot about by now is going through.'"

That funding allowed Hayes to develop his newest show through last December's staged reading and a "jazz show" with Tampa-based band La Lucha, as well as to stage The Mockingbird News, which he says was "almost like clearing out my notebook, using random thoughts that I could tie together into a common theme."

The series culminates in If I Had My Way, running June 16-20 at the Orlando Science Center's Digital Adventure Theater, which, with seven actors and a full set, breaks from Hayes' tradition of small-cast black-box shows. Inspired by true events, the show is set during 1945, when Kissimmee was home to a prisoner-of-war camp holding Italian combatants, and features a diverse cast helmed by local stage and screen legend Avis-Marie Barnes.

"When one of the people I asked said, 'Avis is interested in talking to you about directing the show,' I burst into tears," Hayes recalls. "She is just a delight and has understood the story from the moment we sat down and talked about it. She is bringing out things that, to be honest, I'm not even sure I knew about these characters; she just makes those connections, and she connects so well with the seven people on stage that I'm delighted beyond words."

"It's a real wide range of people and they've connected immediately," says Hayes. "They're having a lot of fun. I have to leave sometimes just so they can go to work."

If I Had My Way's premiere puts a cap on an intense six-and-a-half–month sprint, which was originally intended to be spread over a year, and Hayes already has several new ideas brewing.

"It's been a little rough," admits Hayes, adding, "I haven't even had a chance to go from 'Fringe is over' to 'Let's start this.' It was just one long, continuous process, so I'd like to take some time to stop a little bit." But although it's unlikely that Hayes' adult attention deficit hyperactivity disorder — which he openly discussed in Mockingbird News — will let him stay still for very long, he says he wouldn't have it any other way.

"I don't think I would be an artist if it wasn't for this neuro-divergence that I live with," says Hayes, crediting ADHD with his ability to "keep several different balls in the air while concentrating on the one I'm working with. ... There's a thing called hyperfocus that ADD people do where the world goes away, and all you're working on is that thing right in front of your nose and you can work on that one thing for 12 hours and not hear anyone else in the room."

"I wasn't diagnosed officially until I was in my early 40s, which means until that point I just thought I was nuts," Hayes shares. "The diagnosis itself is enough to free you from that self-doubt and self-loathing [because] once you know that it's how your brain works, it is so freeing that it changes everything. That was the moment in my life where my life changed. ... The combination of always being open to new experiences, and being able to narrow down into the one thing until it's done, I consider it a blessing. I wouldn't be an artist if not for that."

For tickets to If I Had My Way visit thehayesproject.com.