Photo via Daniel Uhlfelder/Twitter
The Florida lawyer who made headlines for dressing as the Grim Reaper and walking beaches to encourage tourists to stay home in the early days of the coronavirus pandemic is now running to be the state's Attorney General.

Attorney Daniel Uhlfelder launched his campaign with a video posted to Twitter, in which he promises to fight for the rights of Floridians and dings current AG Ashley Moody for serving as the "governor's personal attorney."

He adds that he would fight for Floridian's "voting rights, consumer rights and fundamental human rights" over footage of polling places and LGBT protesters. Uhlfelder has long been a vocal opponent of the administration in Tallahassee and his campaign announcement clearly places him in opposition of Gov. Ron DeSantis' anti-democratic and anti-gay agenda. 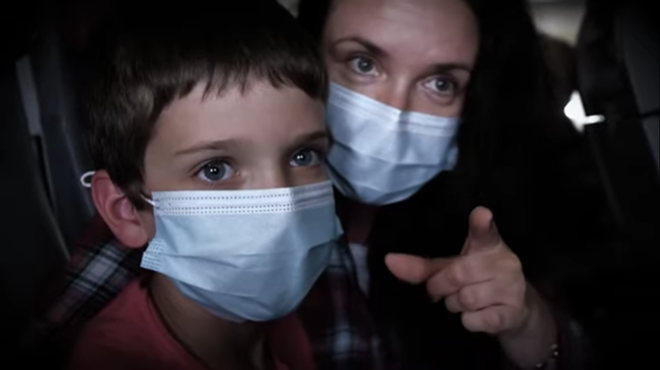 
The tack taken by Uhlfelder is similar to the Florida's only current statewide elected Democrat, Ag Commissioner Nikki Fried. In her role as commissioner, Fried has frequently butted heads with DeSantis, building to her upcoming run for governor.

Today I am announcing my candidacy for Attorney General in Florida. Ron DeSantis and his sidekicks in Tallahassee have been warned. pic.twitter.com/i15q0zAoEN


Uhlfelder's criticism has led to legal trouble, with state authorities attempting to sanction him after he launched an unsuccessful lawsuit against the governor. That move led a former Florida Supreme Court justice to speak out on Uhlfelder's behalf.

“When a citizen believes the governor is violating his constitutional duty to preserve the life and well-being of his citizens, he has the right to bring that claim before a court of general jurisdiction, and, if the trial court believes it cannot hear it but encourages an appeal, the Floridian has the right to seek an appeal of that decision,” R. Fred Lewis explained.

Uhlfelder's announcement follows another attorney who ran afoul of Florida's Republican governor, Aramis Ayala. The Orlando-based former state attorney made waves when she refused to seek the death penalty in any case, ultimately being removed from certain capital cases by then-Gov. Rick Scott.