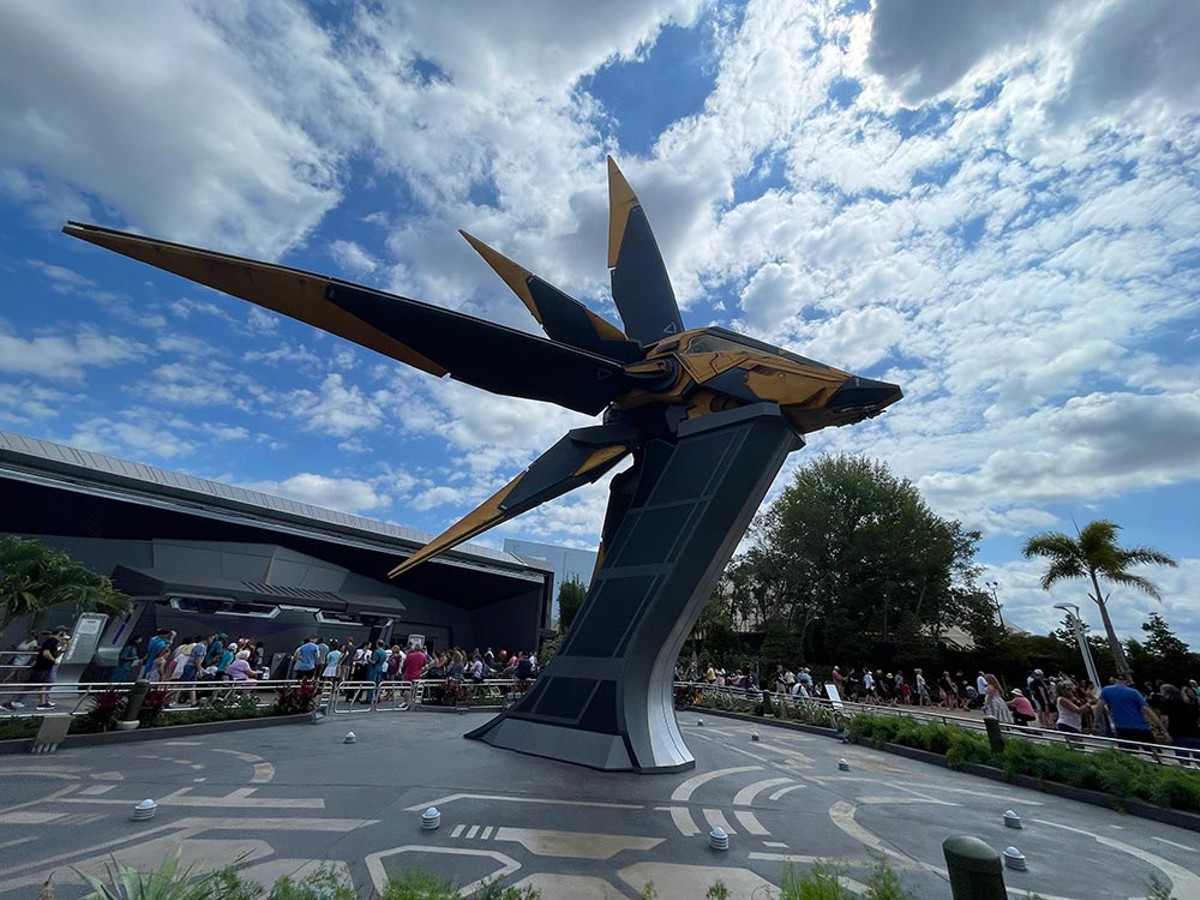 By the time you read this column, the 2022 Orlando International Fringe Festival will be in the books after having brought to downtown over 100 different productions from around the world. Even after personally penning 60-odd reviews, there were still scores of worthy artists I couldn’t cover, with a few exceptional ones – such as Lauren Bone Noble’s Fury, a hilarious and heartbreaking tour-de-force of interactive bouffon clowning that combined the ancient Greek myth of Medea with the all-too-timely topic of gun violence – that unfortunately fell by the wayside.

Of course, between MegaCon and Memorial Day festivities, the Fringe was far from the only important event in Central Florida last weekend, but none made a bigger bang – or will have a longer-lasting impact – than the official debut of Guardians of the Galaxy: Cosmic Rewind, the long-awaited replacement for EPCOT’s old Universe of Energy pavilion. Almost five full years after Ellen DeGeneres and her aging animatronic dinosaurs were yeeted out, the former home to Exxon's infomercial now houses a huge roller coaster themed to Marvel's ragtag gang of interstellar antiheroes. Buckle up, because this is no longer your Uncle Walt's EPCOT.

EPCOT is still amidst a multi-year extreme makeover; if you haven't visited Walt Disney World's second theme park in a while, you'll discover a wealth of construction walls — along with newly renovated shops and restaurants — while making your way past Spaceship Earth into "World Discovery," the new name for the portion of the former "Future World" where the new ride is located. From the exterior, the old Energy pavilion's distinctive shape is still recognizable, even repainted and stripped of its signature solar panels, but you can't miss the full-scale Nova Corps Star Blaster ship (as seen in the first GotG film) parked on a pylon out front.

Once in the queue, guests are welcomed to the "Wonders of Xandar," an educational exhibit with planetarium-style ceiling projections meant to promote cultural exchange between the peaceful Xandarians and the home planet of their hero, Star Lord (aka Peter Quill, as portrayed by Chris Pratt). There's some vaguely scientific exposition involving the formation of the universe, plus a brief dance party to "Hooked on a Feeling," before heading into a museum-like display of props, costumes and holographic talking heads. Keep an ear out for Quill's shout-outs to lost EPCOT attractions like Horizons and Kitchen Kabaret, and look for hidden Mickeys in the model sci-fi city.

Before actually boarding the ride, visitors must be beamed onto a Xandarian spacecraft — a nifty magic trick that was performed better 20 years earlier at Las Vegas' Star Trek: The Experience — for a pre-flight briefing by Glenn Close (reprising her role as Nova Prime) and Terry Crews (ridiculously random and hilarious).

Of course, since this is a modern Disney ride, something must go disastrously wrong. Our leisurely tour quickly turns into an emergency escape attempt when Eson, an angry Celestial, snatches the Cosmic Generator capable of erasing humanity's history. That's a lot of set-up for a scream machine, but don't sweat it as you buckle into your four-person escape pod; there won't be a quiz afterward.

After exiting the station, you'll have a few moments to admire the dazzling light effects and ultra-sharp digital projections before being blasted backward into the 200,000-square-foot "gravity building" built behind the original attraction, which holds the majority of the ride's 5,577 feet of track. Once your car is off and soaring through the cosmos, it rotates to follow the action on IMAX-sized screens that surround you, and spins as you navigate curves to convincingly simulate zero gravity, all the while blasting one of six songs in your ears. (I got Gloria Estefan's "Conga.")

There are no teacup-style full rotations, nor any upside-down inversions, but Cosmic Rewind is an absolute blast for a family-friendly thrill ride. It finally delivers on the rotating coaster concept's promise, which Universal's earlier Gringotts ride didn't fully exploit. Better still, Cosmic Rewind's Vekoma-built 20-passenger trains boast big bucket seats with comfortable lap bars that are far more accommodating for larger or disabled guests than the vehicles Intamin has recently manufactured for Universal.

With an innovative ride system, immersive special effects and all the brash humor of the Guardians films, this is the best new addition to EPCOT in ages for adrenaline junkies, and will make it hard to queue for the Magic Kingdom's aging Space Mountain. Its only major flaw, aside from its tenuous connection to EPCOT's (now mostly dead) original mission, are obvious spots in the preshow and finale where animatronics probably should have gone. Ironically, this projection-heavy attraction — which owes a debt to Universal's past screen-filled rides — wouldn't exist if Universal didn't control the regional rights to nearly every Marvel IP except for the Guardians characters.

As good as this ride is, don't plan on rushing to rope-drop it anytime soon. In addition to a park ticket and daily reservation, you'll need to either get a free Boarding Pass using Disney's app-based Virtual Queue or buy an à la carte Lightning Lane (which will also be snapped up at 7 a.m. by onsite hotel guests) in order to experience Cosmic Rewind.

I loved my first flight with the Guardians enough to stand an hour in line for another lap. But after waking up at 7 a.m. many mornings when Virtual Queue was required at Star Wars: Rise of the Resistance, only to lose the daily fastest-finger contest, I'll probably wait until Cosmic Rewind switches to a standard standby queue. With a theoretical throughput well over 2,000 riders per hour — unusually high for a modern Disney E-Ticket — hopefully they'll be able to ditch the boarding groups sooner rather than later so everyone can get hooked on this feeling.