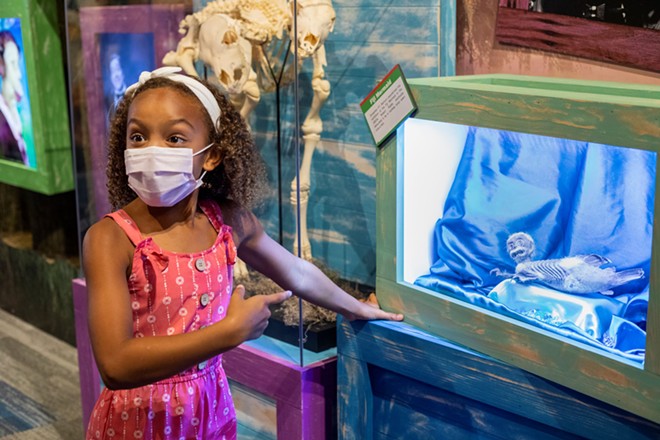 As a new year approaches, Orlando’s tourism industry looks to reintroduce itself to all those visitors who have stayed away the past few years.

In the past few months, the tourist district has reawakened. Mango’s Tropical Café debuted a new show and nearby at ICON Park two new record-breaking thrill rides opened just in time to ring in the new year. Nestled between ICON Park and Mango’s sits one of the International Drive’s oldest attractions: The Orlando Ripley’s Believe It Or Not Odditorium. A just-finished renovation has updated the attraction that's enthralled tourists since 1993.

The Orlando-based amusement operator is known for their unique oddity museums and other family-focused midway attractions. With the Orlando location just a short drive from the company’s headquarters and main warehouse it often acts as a bellwether for the latest trends within the industry.

Ripley’s used its extended COVID-related closure to completely reimagine the Orlando odditorium. Sabrina Sieck, the Creative Content Manager at Ripley Entertainment, explained to the Orlando Weekly what went into the overhaul of the Orlando property and what it means for the future of the company.

Related Despite being more than 150 years old, Ripley's latest acquisition is more timely than ever

Despite being more than 150 years old, Ripley's latest acquisition is more timely than ever
By Ken Storey
Blogs

“While our attractions were closed due to COVID-19, Ripley’s quickly got to planning new experiences around the world, with Orlando in front of the line. Ripley’s Believe It or Not! Orlando’s first new offering—the Weird Florida Gallery—opened in Fall 2020," she said. "This gallery invites our guests to awe at ancient alligators, see a shrunken head owned by Ernest Hemingway, and much more, but is just the beginning of what is new at this attraction.” 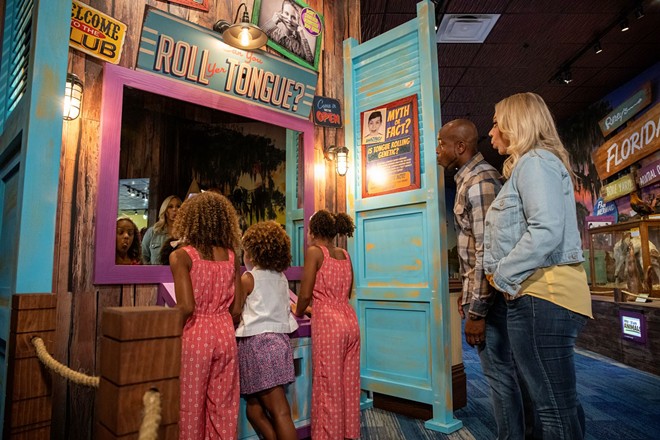 Since opening the first permanent location in St. Augustine in 1950, the Ripley’s odditoriums have continued to capture the imagination and interest of every new generation. That’s thanks in part to the company’s commitment to how the exhibits are handled. While sideshows designed to shock were still common in his day, founder Robert Ripley tried to present each display in a respectful manner that bridged the gap between education and curiosity.

Related Museum of Illusions heading to I-Drive, but don't expect a wacky building like its neighbors

Museum of Illusions heading to I-Drive, but don't expect a wacky building like its neighbors
By Ken Storey
Blogs

“Even back in Robert Ripley’s day, the goal was not shock and awe. Ripley truly believed that everyone has an unbelievable story to tell, and that truth is quite often stranger than fiction,” explains Sieck. “Today, we see reality surprising us more and more, as the ante for what is ‘unbelievable’ is constantly upped with viral clips, strange scientific discoveries, and people pushing themselves both physically and mentally. It’s modern stories like these that keep sparking our curiosity and continue to bring the Ripley’s brand forward.” 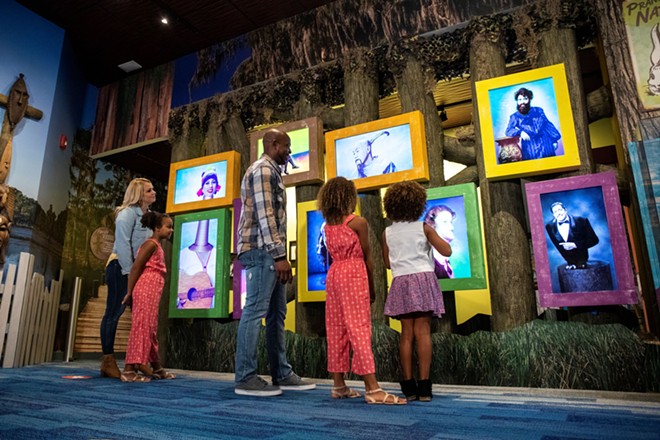 Modern stories and modern audiences also demand the latest technology to properly tell those stories. Many of the new exhibition rooms, now highly themed, have touch screens and interactive exhibits. Multiple displays have projections and Instagram-worthy photo-ops. The wax figures that previously dotted the museum have now been brought together in a dance party-like grand hall. Gone are the dark hallways and large blocks of text that the attraction opened with. Sieck explains this is indicative of the future of the odditoriums.

Related Orlando-based Ripley's new podcast promises to be weird, believe it or not

Orlando-based Ripley's new podcast promises to be weird, believe it or not
By Ken Storey
Blogs

“Interactive technology is at the forefront of Ripley’s new experiences—we are an Odditorium, not a museum, after all!" she said. "We want our guests to connect with the stories of unbelievable people and extraordinary things that they could not experience anywhere else.” One unique exhibit in Orlando is the Ancient Egypt room. Using 3D visualization technology, guests can peer inside a still wrapped mummified priest and Ibis bird mummy. Sieck notes this exhibit allows the mummified priest to remain undisturbed, sitting in a museum halfway across the world.

“Through Ripley’s latest collaboration with technology company Interspectral, guests can travel back in time to, quite literally, unravel history. Curious visitors can virtually explore Neswaiu, an ancient Egyptian priest whose mummified body is currently in the collection of the Museum of Mediterranean and Near Eastern Antiquities in Stockholm, Sweden. Unlike many others, Neswaiu’s mummy has been resting inside his intact wrappings for more than two thousand years," she said. "It is not until recently, with the aid of Interspectral’s modern scanning and visualization technology, that we can investigate the remains of Neswaiu and his burial equipment inside-out.”

The mummified Ibis is in Ripley’s collection, giving guests a first-hand appreciation for the process. 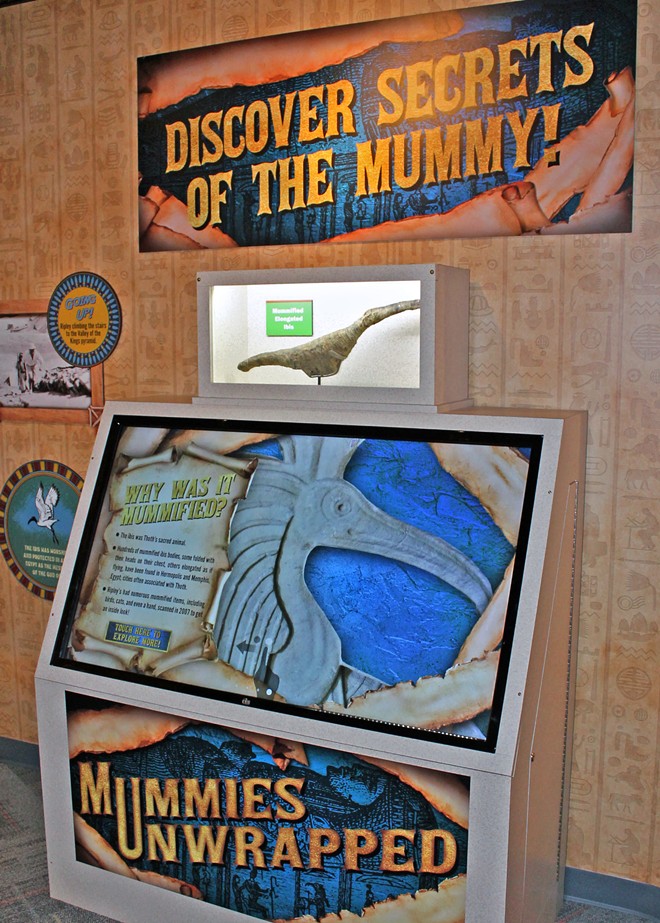 According to Sieck, another new exhibition room at the Orlando odditorium draws inspiration for its location.

“Ripley’s Believe It or Not! Orlando has a unique advantage: being in close proximity to Ripley’s corporate headquarters and legendary warehouse. With new exhibits arriving in the warehouse almost daily, we are able to change out what is on display in Orlando quite often," Sieck said. "To celebrate this, we have created a version of Ripley’s Warehouse in the Orlando attraction, where guests can immerse themselves in Ripley’s curious collection of artifacts, incredible art, animal oddities, and memorabilia.”

There’s still one final room to be reimagined at the Orlando odditorium. While Sieck declined to give details on what is in store for this room, Ripley’s Exhibit Manager Kurtis Moellmann confirmed to popular roadside attraction explorer and documentarian Jacob Krejci, better known as Jacob the Carpetbagger, that the final room would have a space theme with props inspired by and used at Florida’s historic spaceports. Sieck did confirm the new Orlando gallery will have two unique pieces in it.

“One is a pop-culture item with a cult following that has never before been on permanent display, and another Ripley’s has yet to even announce the acquisition of!" Sieck said. "I don’t want to give away any hints, but it will be home to a few exhibits that deserve a spot on your Orlando bucket list!”

No matter the location, the core message of Ripley’s remains the same. The reason why the St. Augustine odditorium became an instant hit and the company’s dozens of attractions remain popular is the fact that they’re built around the central message of adventure in and exploration of the unbelievable reality in which we live.

“Our 103-year-old brand was built around the adventures of Robert Ripley and his travels across the globe searching for extraordinary people, unusual artifacts, and unbelievable things,” explains Sieck. “We want our guests to embody the spirit Ripley had for discovery, putting themselves into the narrative to look at the world in a different way.”