As Americans continue grappling with the ghosts of systemic racism that still haunt nearly every corner of our culture, corporations have become eager to address their historical mistakes and the ingrained prejudices that continue perpetuating inequality. Few have a more arduous task in this time of requisite self-reckoning than the Walt Disney Company.

The corporation has previously addressed controversies with a case-by-case approach. Some of the changes already implemented by the company include adding warnings that acknowledge the unacceptable presentation of different racial and ethnic groups. Some films have had scenes cut, lyrics updated and other changes, in attempts to eliminate problematic content. While these changes in the films are noteworthy, the company's resorts have faced extra scrutiny in recent weeks, as more people speak up about their experiences at Disney resorts and demand that attractions based on racist narratives receive long-overdue updates.

A petition on Change.org calling for the re-theming of Splash Mountain has now garnered international attention – along with tens of thousands of signatures. In a library filled with characters like a jazz-singing orangutan, a "jive talkin'" crow literally named Jim Crow, and a seemingly endless parade of Magical Negro tropes, no film has been as problematic for Disney as Song of the South. The 1946 film takes place on a plantation during the Reconstruction period. Here the plantation owner's grandson befriends Uncle Remus, a Black storyteller. Br'er Rabbit, Br'er Fox, and Br'er Bear come to life in the film that includes stories such as the "Tar Baby," a decoy object. The satirical criticisms of the Antebellum South found in the original Joel Chandler Harris stories the film is based upon are seemingly absent in the film, upon which the log flume ride is based.

Despite a history of characters like a jazz-singing orangutan and a 'jive talkin' crow' literally named 'Jim Crow,' no film has been as problematic for Disney as 'Song of the South.' tweet this

The problems for Disney, though, aren't limited to a single ride. Peter Pan's Flight features a tipi village based on a scene from the 1953 film where Peter and his friends join a group of "Indians" who break into song, the only time in the movie where they don't speak with broken English, telling the story of "What Makes the Red Man Red," as the title puts it. Other Disney attractions face their own issues, such as the absence of ethnic diversity or minority histories represented, or Black and other nonwhite technological contributions mentioned on the Carousel of Progress.

Disney has now reportedly created a new committee within its Parks and Resort division to address the list of problematic scenes, characters and whole attractions within Disney parks. That list is seemingly growing longer with each review.

First reported by a reliable insider on the WDWMagic forums, multiple sources are reporting that Disney is discussing how to address unacceptable characterizations. The list of attractions that this newly proposed committee will address is rumored to include those mentioned above, along with "It's a Small World," the Country Bear Jamboree, the Hall of Presidents, the American Adventure and the Hoop de Doo Review.

If implemented, the board review would be a more formalized approach to identifying and changing unacceptable portions of Disney attractions. It's unclear if Disney plans to formally acknowledge the review board, make public any of its recommendations, or otherwise bring light to the process. 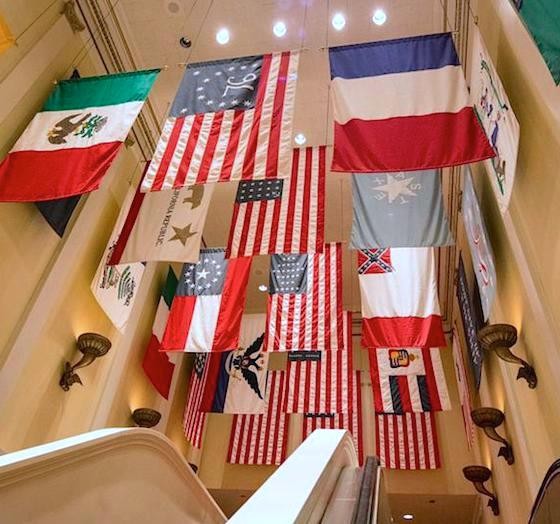 Surprisingly, the plantation-themed resort formerly known as Dixie Landings is missing from the leaked list of items to be reviewed by the board and, so far, Disney hasn't seemed interested in addressing the resort beyond the name change that took place nearly two decades ago. Now known as Port Orleans — Riverside, the resort looks to be among the second wave of hotels to reopen at Disney World, with an expected mid-July debut. Despite the company now calling the plantation-themed buildings "stately white-column mansions," the Disney World's website until days ago still beckoned visitors to "bask in the grace of the Antebellum South," at the resort which also features a working cotton press.

It's unclear if Disney plans to formally acknowledge the review board, make public any of its recommendations. tweet this

This wouldn't be the first time Disney has updated its rides or offerings. After the June 14, 2016, alligator attack which killed a two-year-old, Disney removed many references to alligators from its attractions. In 2015, a bust of Bill Cosby was removed from Hollywood Studios after his sexual assault allegations came to light. The Confederate flag, long removed from Disney gift shops, no longer hangs in Hall of Flags within Epcot's American Adventure. Multiple scenes on Pirates of the Caribbean have been updated to better address gender representation.

There are indications that both executive chairman Bob Iger and newly appointed CEO Bob Chapek are looking to publicly acknowledge Disney's poor history of minority portrayals with several new initiatives. Like all the major Hollywood studios, Disney has a severe lack of minority representation within its leadership ranks. This is expected to be addressed in the upcoming announcement, which will be more focused on the studio side of the company. The news story announcement on the company's new initiatives is expected to be published via a Hollywood-focused media outlet and not, initially, via Disney owned outlets such as ABC.

Any changes that are approved for Disney attractions or resorts will likely take years to implement. As of now, all attractions and resorts are expected to reopen in their current state. All of Disney World's and Disneyland's theme parks are scheduled to open in mid-July.