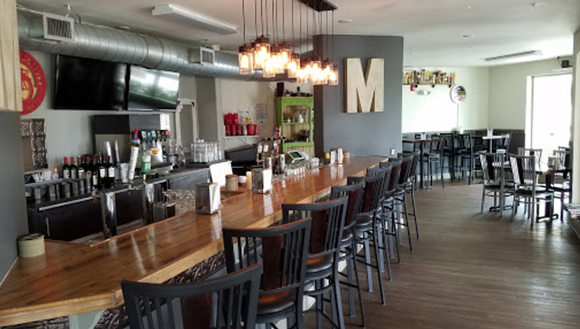 Windermere grilled cheese restaurant 33 & Melt announced on Thursday that they plan to reopen on Monday, along with other establishments in the first phase of Florida's statewide partial reopening.

"We will continue to offer take-out only until May 4th at which time we will reopen at 4pm to celebrate," wrote restaurant founder and operator Carrie Hudson on Facebook Thursday afternoon.

The announcement by 33 & Melt follows an ill-fated April 22 Facebook post announcing plans to reopen their dining room on Friday, May 1, saying, "we are over this." At the time, a lawful reopening was not expected by that date, and commenters responded sharply online.

"Is this a joke?" asked one commenter on the post. "If you open before that, you are not only irresponsible and disrespectful, but also breaking the law."

After thanking patrons for their support on Thursday Hudson's new post began with an explanation of the controversial earlier communiqué.

"When the post was originally made on Facebook that 33 & Melt was going to reopen Friday May 1st who knew the attention it would receive not only locally but across the country and abroad," wrote Hudson on Thursday. "At the time the post was made there had been no clear answers provided, there were conflicting news stories, no solutions were being offered and the promised funding was no where in sight. Many small businesses were severely struggling."

The post cites Wednesday's announcement by Gov. Ron DeSantis to partially reopen the state's economy on Monday, May 4, noting, "restaurants have been included in the Phase 1 of the reopening plan."

The places allowed to reopen on Monday include restaurants with outdoor seating and ample space inside for six-foot social distancing, along with retail stores allowing customers inside up to 25 percent capacity. Bars and gyms are not reopening Monday.

Hudson also wrote she is in agreement with local municipal and state officials that her restaurant should not defy the current executive order, adding, "33 & Melt honors and respects law and order and those who place their lives on the line daily to protect us. Furthermore, I would like to thank the Orange County Sheriffs Office for making sure my staff and I were safe."

"Funny thing is I never once called the police to report these threats," wrote the owner. tweet this
The early response to the restaurant's newest post was mixed.

"I'm glad to hear you agree with not breaking laws!" wrote Steven Tarca.

"You were still incredibly rude and offensive to people trying to be reasonable with you," wrote Nick Swearingen.

"Funny how you changed your tone after enough of us complained about your poor management skills and possible defiance of executive orders to the county," wrote Brandon Thonen, questioning why Hudson said she needed protection from the sheriff. "Safe from what? You defying an executive order? I'm pretty sure they came because enough people complained about you, it wasn't for your protection."

That drew a sharp response from Hudson.

"Funny thing is I never once called the police to report these threats," she added. "They were monitoring it themselves."

Some commenters have already defended the restaurant, saying they have suffered enough backlash and can get back to slinging their signature cheese sandwiches.

Hudson also said "a generous donation" will allow the restaurant to give away melts to "the first 30 supporters of 33 & Melt" who come through the door (why not make it the first 33? Oh well).

"Can’t wait for my next trip home to Central Florida to try out some of your grilled cheese sandwiches," wrote Adam S. Matheson.

As long as you are six feet apart, and seated either outside or collectively taking up no more than 25 percent of the dining room's capacity, it's going to be perfectly legal.

It remains to be seen how badly 33 & Melt was hurt by the backlash, but at least some restaurants next week will be able to earn a little extra cheddar.