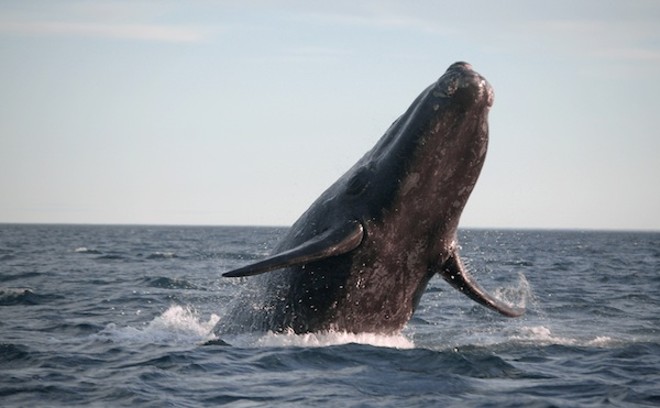 Two weeks ago, we wrote about the latest push for offshore oil drilling, launched just days after Florida voters approved Amendment 9 by a healthy margin.

Amendment 9, of course, bans drilling for oil in state-owned waters. So the Florida Petroleum Council is trying to sell us — or more precisely, our elected representatives — on the benefits of drilling in federal waters, 3 nautical miles offshore.

(A reminder: The Deepwater Horizon spill put oil all over Florida’s beaches from 41 miles off the coast of Louisiana.)

Now, this week the Trump administration has approved the use of seismic airguns to search for oil along the Atlantic Coast, from New England all the way down to Florida.

According to a report from the National Oceanic and Atmospheric Administration, these airguns generate pulses of sound 100,000 times more intense than a jet engine, going off every 10 seconds for 24 hours a day, often for weeks on end.

These sonic blasts haven’t been approved to search for oil since the 1980s. They are deadly to ocean wildlife, from whales to dolphins to sea turtles to the plankton all the rest of them feed on.

The craziest part of this is that the people pushing to drill position it as a cash bonanza that's worth risking a little "incidental harassment" of marine wildlife. Yet this blasting is just a search for possible oil; whereas the economic harm the blasting will cause is real. Atlantic fishermen's catches have been shown to drop anywhere between 40 and 80 percent. And it's terrible news for the coastal tourism industry; more than 200 Atlantic coast communities have already banded together to oppose it.

While he was running for senator, Rick Scott was firm in saying Florida is "off the table for oil drilling." Now the governor who banned not just action on climate change, but the very words, is going to Washington to deal even more closely with the president whose "high levels of intelligence" prevent him from believing the National Climate Assessment.

Between them, it seems they’re determined to wring the last bits of cash out of Florida before it all goes underwater.