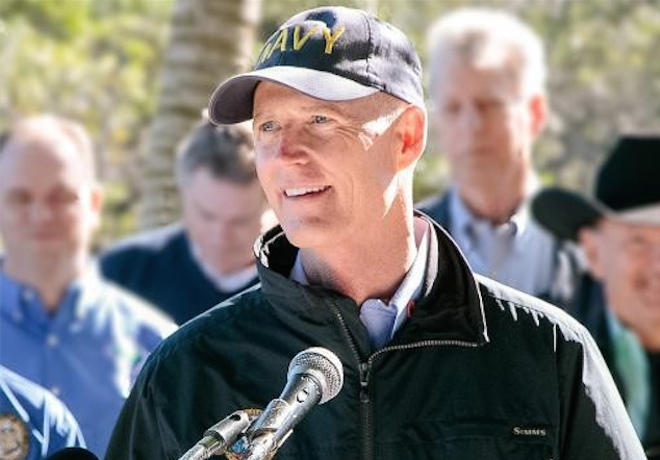 On Monday, two-term Florida Gov. Rick Scott announced in Orlando that he plans to challenge incumbent Democratic Sen. Bill Nelson for his seat in the U.S. Senate.

Expected to be one of the most expensive and closely watched races of the 2018 midterm election season, Scott’s announcement comes as little surprise. The term-limited governor, who’s served in the governor’s mansion since 2011, has been teasing news of a national campaign for months.

“You’re the first to know I’m going to run for the U.S. Senate representing the great state of Florida,” Scott said in a statement on Facebook prior to the event. “We’re going to do the exact same thing we’ve done in Florida, we’re going to turn around the national economy. We’re going to make sure that Washington works for us.”

Asked in an exclusive interview Sunday with Politico on whether he considers himself a “Donald Trump Republican,” Scott replied: “I consider myself Rick Scott. I don’t consider myself any type of anything. I run on what I believe in. I’ve been very clear. People ask me that a bunch of times, about ‘Are you this or are you that?’ No. I’m Rick Scott. I grew up poor. I believe in jobs.”

The Florida governor would confirm if President Donald Trump would campaign for him or not when asked by Politico.

« Medieval Times Orlando will debut n…  |  Lord of the Rings, a Jurassic Park… »