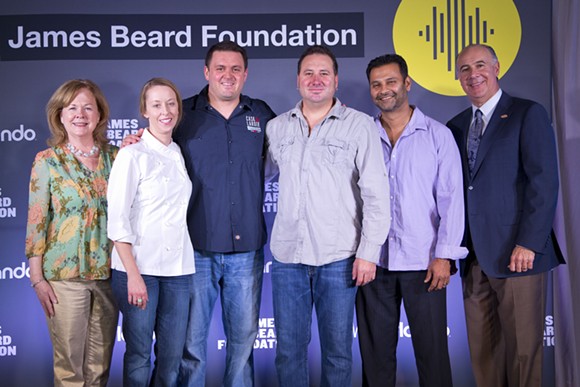 What do local Central Florida chefs Henry Salgado, Scott Hunnel, Kathleen Blake and Brandon McGlamery all have in common? They've all been nominated in the past for the Best Chef: South category at the James Beard Foundation Awards.

In the past, Central Florida has had a solid contingent each year of local chefs nominated for the category. No winners, but still, some nice recognition for the culinary hub Orlando and surrounding areas are becoming.

This year, zero chefs from Central Florida are semi-finalists for the JBFAs. None.

This is surprising, considering the kind of press Orlando has been getting nationally regarding our food scene. The New York Times recently called out several local hot spots for fantastic food in their "36 Hours In..." column featuring Orlando, as well as naming Disney Springs to their "52 Places to Go in 2018" list precisely because of the food there.

Out of the 20 semifinalists, five are from Florida, but all from the Palm Beaches, Miami and one from St. Pete.

It's a shame that the leaps and bounds we've made in the last 10-plus years are going unnoticed at the Oscars of the food world.

In fact, the James Beard Foundation even announced its list of semifinalists at East End Market back in 2014. That's how important they thought Orlando was at the time.

In the meantime, go out and patronize some of our fine eating establishments and celebrate our chefs and restaurateurs who are working to create a culinary scene worthy of national recognition.

This year's James Beard Foundation Award winners will be announced on May 7 in Chicago.