Donald Trump is visiting Orlando this weekend, and Mar-a-Lago, of course 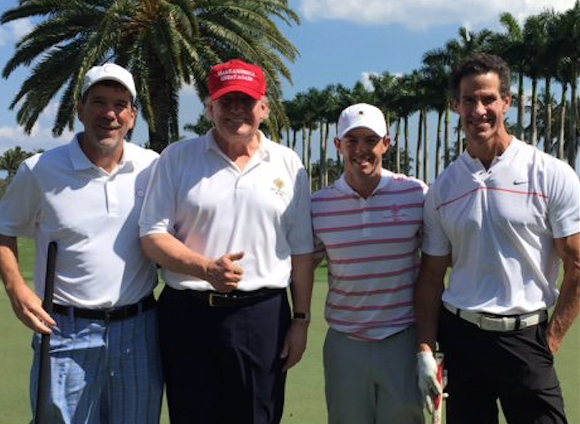 Donald Trump, our perpetual golfer-in-chief, will again be visiting his plush Mar-a-Lago resort this weekend, but not before making a quick stop in Orlando on Friday.

The Palm Beach Post confirmed that FAA flight restrictions show Trump will indeed be visiting his "Winter White House," as well as Orlando from Friday to Sunday.

It is expected that Trump, a man who has spent nearly 25 percent of his presidency in Florida, will arrive in Orlando sometime between 12:45 p.m. and 3:45 p.m. on March 3.

Details are still scarce on the purpose behind Trump's visit.

With what will be his fourth trip to Florida as president, Donald Trump's taxpayer-funded travel expenses will reach an estimated $13 million so far, already surpassing Obama's yearly average of $12.1 million, reports The Independent.