What does the future hold for Tymber Skan, Orlando's most troubled condo complex? 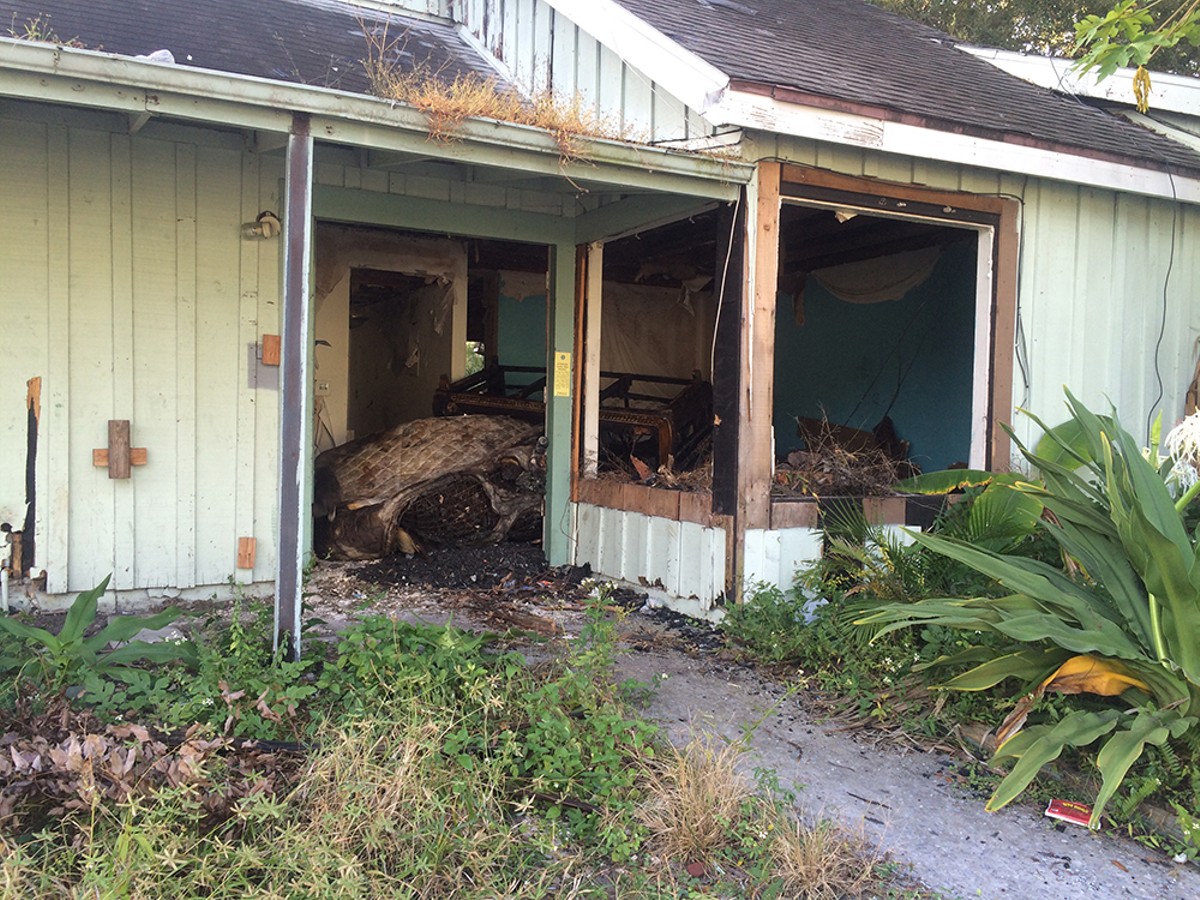 It's strangely quiet as the morning sun climbs over the weedy palm trees and tall oaks behind the buildings of Tymber Skan on the Lake condominiums.

Right around the corner, other apartment complexes and condo communities are waking up. Kids walk to school and adults wait in bus shelters for the Lynx to whisk them off to work. Impatient drivers race down Texas Avenue on their way to wherever.

The streets of Tymber Skan, though, are dead. Nobody is outside. There are no kids in sight. Most of the buildings look abandoned. Some seem like they're about to collapse. Holes have rotted through the decayed gray siding in one. The wood framing on the second story of another is visible from the street, because the siding and drywall has somehow gone missing. The windows have been smashed out of many of the buildings, but most are simply boarded up. A lot of the ones that aren't have burglar bars – or, in one case, the metal frame from a toddler's bed – nailed over them to keep intruders out. 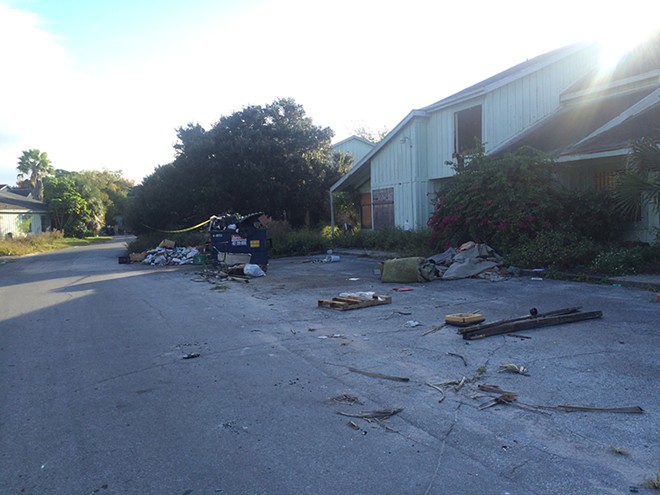 Most people who hear about Tymber Skan, the troubled condominium complex located just a couple of miles from the tony Mall at Millenia, think nobody really lives here anymore – nobody who doesn't deserve to, anyway. Over the years, the place has been associated with nothing but trouble – crime, drugs, squatters, fires, shootings, delinquent utility bills. Last year, when Orange County Sheriff Jerry Demings held a press conference to draw attention to the troubled complex and call for changes, shots rang out in the background while he talked to the press. It was the middle of the afternoon on a Monday (see video below).

Earlier this year, a man who bought 15 ramshackle units in Tymber Skan to rehab them and rent them out was shot and robbed while working on the buildings. In September, Bright House said it would cut cable and phone service to customers there after a technician was robbed at gunpoint.

So, for the most part, the public has written this place off as some kind of ghost town, inhabited only by the zombies who ran it into the ground.

But then, what's that little pink bicycle propped up against the wall next to the entrance of that condo unit over there? The one that looks a little less decrepit than some of the others around it? Where did it come from? Does a little girl live there? Who does she live with? Her mother? Her grandma? Does she have brothers and sisters? A cat? Is she allowed to play outside? Does she ever feel scared about where she lives?

Around the corner, there's a building missing all of its windows. Through the busted-out frames, the interior full of burned trash, rotted-out mattresses and charred wood is exposed. Across the street from this burned-out shell, there's a car parked in front of one of the units. A little brown pit bull tied to a porch with a rope eats breakfast out of a bucket. Clearly, somebody lives here. And even though they live in a place as hopeless as Tymber Skan, they care enough to make sure their dog is fed in the morning.