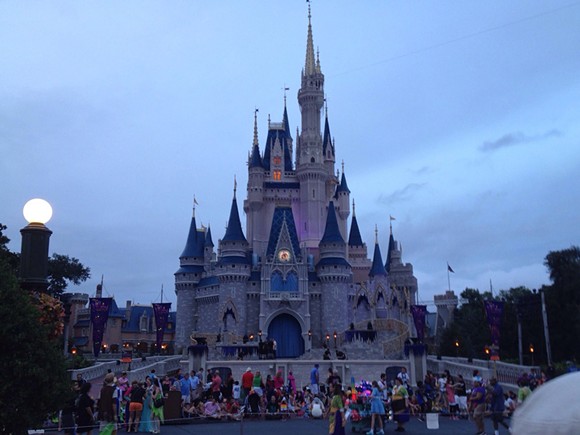 Photo via Cuauh34/Wikimedia Commons
Updated, 9:10 p.m. | Universal Orlando has announced they are now closing on Sunday, as well, through March. Their hotels and Universal CityWalk will remain open.

The Walt Disney Company is closing Walt Disney World in Orlando for the rest of March, along with its theme parks around the world, the company announced Thursday night.

The coronavirus pandemic first led to the closures of Disney's Asian theme parks on Feb. 29, before the Thursday afternoon announcement that Disneyland and California Adventure in Anaheim will close on Saturday. Just hours later, the company announced the Orlando park and Disneyland Paris are now slated to close on Sunday.

"In an abundance of caution and in the best interest of our guests and employees, we are proceeding with the closure of our theme parks," said the statement.

Disney Cruise Line is also shutting down all departures starting Saturday for the rest of March.

SeaWorld has not yet announced plans to close parks, but they were offering discounts for Florida residents as late as Wednesday.

We have correspondents visiting the parks ahead of the closures, and will update this ongoing story.

Image via Universal Orlando email
Stay on top of Orlando news and views. Sign up for our weekly Headlines newsletter.