This brawl between knockoff Disney characters is giving us life 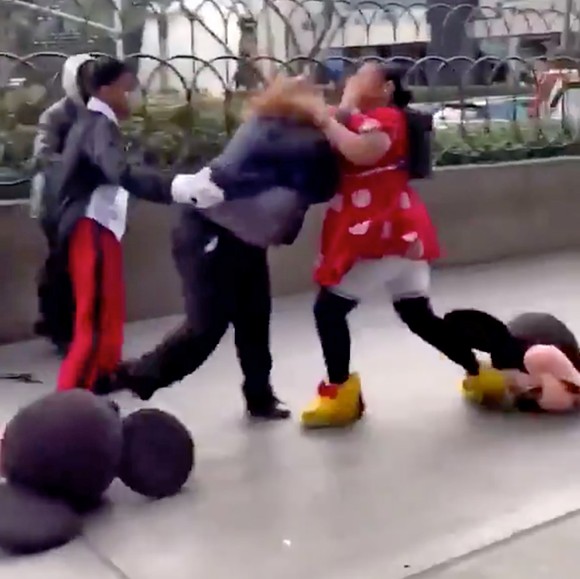 Screenshot via ILoveMyCulture/Twitter
"Minnie got hands!" exclaims a bystander-turned-boxing-commentator in this video of a woman in a Minnie Mouse costume beating down a female security guard on the Las Vegas Strip.

Play-by-play was handled by the woman who had the clutch wherewithal to get in position, square up, and record the epic haymakers that this Disney character-clad combatant handed out like mime-kisses on an Epcot parade float. We thank this hero for posting it to Twitter.

"I told y'all Minne was gon' get that ass," said the cinematographer and host, with Bob Costas-ian measured coolness, in describing a champion claiming another title, of the quickly mascot-decapitated Minnie. 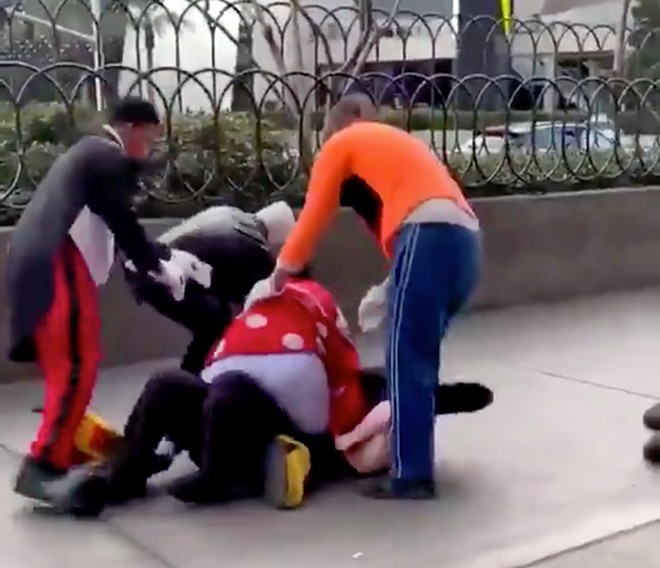 Screenshot via ILoveMyCulture/Twitter
The video starts too late to see what started the fight, but begins just in time to catch the early tussling. Almost instantly, as the anonymous security guard (identified as such by her "security" jacket) and the Minnie character begin grappling, the Goofy makes a lackluster effort to break it up. That's when the costume-heads fall right off. Minnie is so locked in battle, she continues to swing – and Goofy catches a real one. He was never really going to stop a beatdown. 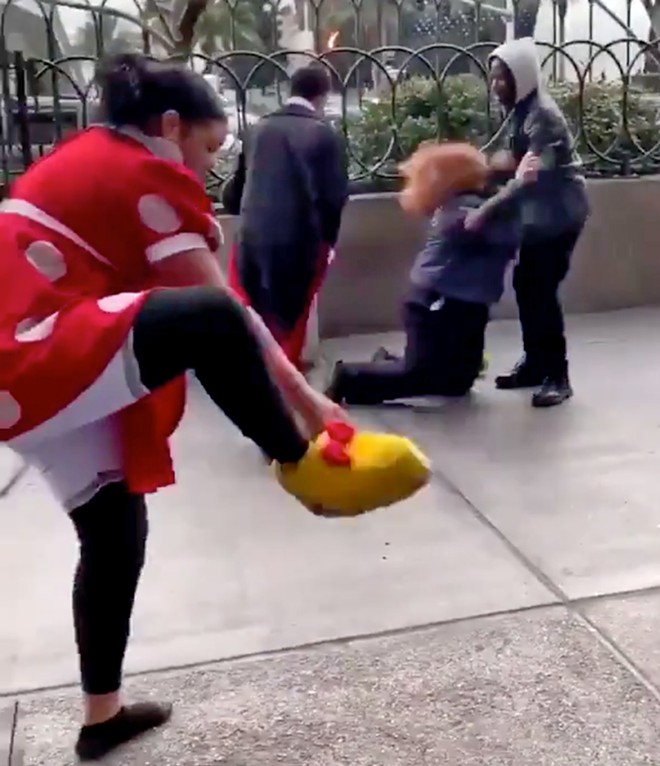 Screenshot via ILoveMyCulture/Twitter
After prolonged fighting, Minnie yells, "I ain't no bitch, bitch!" as she picks up her costume shoe and leaves in that triumphant beatdown reverse-trot. No viewer of this film, which should be sent to boxing gyms and fight clubs, would say otherwise, madam.

While we don't get this kind of spectacle at our own Orlando parks, with their anger management training and corporate-created costumes, this would be a fire show on Disney+. 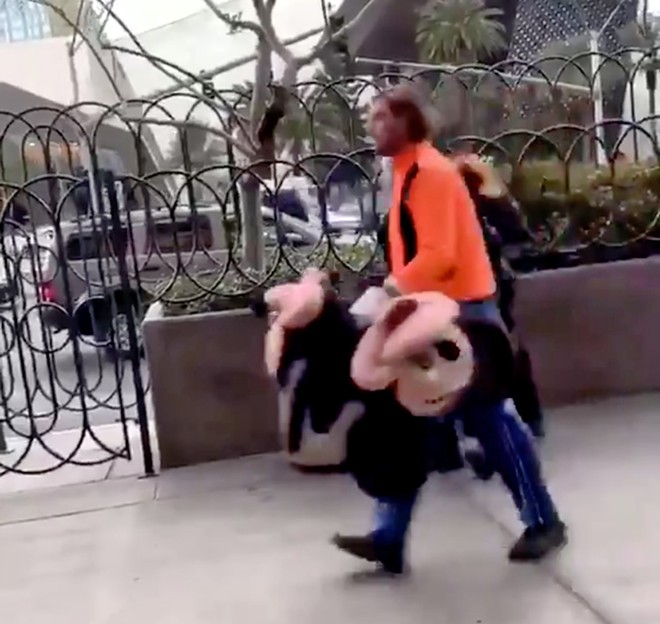 LMAOOO I know she lost her job 😂😂 pic.twitter.com/MnGZbgw2j0