Anticipation. Nerves. Then, the final tally. 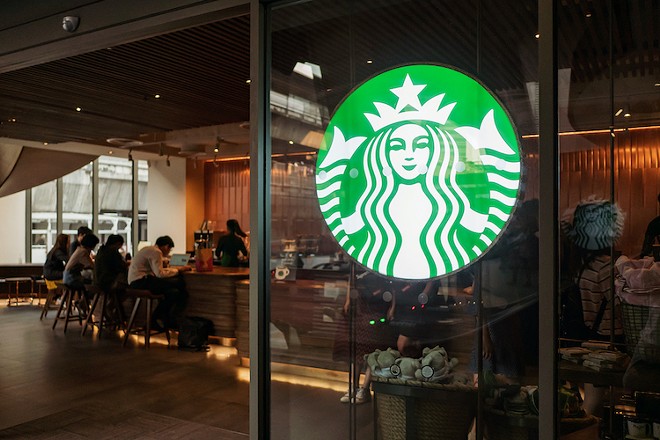 On Thursday, Starbucks workers in Orlando voted 24 to 6 to unionize with Starbucks Workers United, joining at least four other Starbucks locations in Florida — and over 135 Starbucks stores in 28 states — that have voted #UnionYes.

Even on a Zoom call, the tension was palpable. But there was excitement, too.

Early afternoon on Thursday, over Zoom, a staff member of the National Labor Relations Board (NLRB) counted each vote that had been mailed in by Starbucks workers at the Mitchell Hammock & City Plaza location in Oviedo, Florida over the last month.

Then, the final tally.

Clay Blastic, a barista and organizer at the Orlando-area Starbucks, celebrated the union’s victory. “Mitchell Hammock is a college store — we want to give those who next come through our store as partners to have a say in their job and their future,” Bastic said in a news release.

With a union, workers can negotiate for higher pay, better job benefits, and health and safety standards. On average, union members earn more than their non-union counterparts, according to the Economic Policy Institute. More than that, unions can also help reduce gender and racial disparities, and can raise workplace standards not just for union workers — but for all workers, union or not.

“We love our store. We love our manager. We love this company. Together, we can make Starbucks so much more than it currently is,” the Oviedo Starbucks workers wrote in March to then-Starbucks CEO Kevin Johnson, announcing their intent to unionize.

Starbucks workers nationwide, including here in Orlando, have faced an uphill battle in their efforts to organize with Starbucks Workers United, a campaign of the national union, Workers United, affiliated with the Service Employees International Union (SEIU).

After Starbucks workers in Buffalo, New York, began organizing for a union with Workers United last August, Starbucks launched an aggressive — and expensive — campaign against the union. The multibillion-dollar coffee giant retained at least 30 lawyers from one of the nation’s most notorious union-busting law firms, Littler Mendelson, in a desperate attempt to slow down a union campaign that’s caught fire.

Former and now interim Starbucks CEO Howard Schultz, who returned to lead the company in April, has referred to workers’ recent organizing efforts as a “threat” to employee-employer relations. “We can’t ignore what is happening in the country as it relates to companies throughout the country being assaulted, in many ways, by the threat of unionization,” Schultz told baristas on his first day back as Starbucks CEO.

Reiterating a common anti-union talking point, Schultz has derided the Starbucks Workers United as an outside force, a third party, attempting to wedge itself “between us and our people.” Yet this woefully misconstrues the fact that it’s literally Starbucks baristas and shift supervisors — the backbone of Starbucks’ workforce — who are leading the union drive, motivated by a desire to improve their own workplace and livelihoods but also their co-workers’, as well as future workers.

“Starbucks claims to be a progressive company, and they’re using this social justice language, but people see past that,” Joseph Thompson, a student barista who organized two Starbucks locations in Santa Cruz, California, recently told The Intercept, of the coffee chain’s union-busting tactics.

Workers have also faced retaliation for organizing, which is illegal under federal labor law. Over 20 Starbucks union leaders say they have been fired from their stores for union activity since August, in Tennessee, Kansas, New York and Arizona. In May, the union filed 67 unfair labor practices, and the NLRB has filed multiple complaints against Starbucks for alleged violations of federal labor law, including illegal forms of coercion, intimidation and firing pro-union workers. They’re also threatening to close down a popular, newly unionized Starbucks in Ithaca.

Essentially, the company is “conducting some kind of subterranean reign of terror,” as retired labor studies professor Bruce Nissen put it. Intimidating workers or making threats to job benefits, job security or pay is illegal under the National Labor Relations Act. It can also demoralize the workforce and pit workers against the union. “That’s standard union-busting,” Nissen, a stalwart labor activist, told Orlando Weekly

Still, if the union succeeds — not just by winning union elections but by securing contracts — the Starbucks Workers United campaign could be a harbinger of the U.S. labor movement, particularly within the service sector. Nissen said this could bring “a massive turnaround in the kind of consciousness of workers and their willingness to band together, fight back and build power and build unity together.”

Last month, workers at a Starbucks in Winter Park also filed for a union. According to Workers United, they’ll be voting in-person on June 14th.

In the meantime, Starbucks workers at the East Mitchell Hammock store understand that this vote for the union is just the beginning. According to the union, Starbucks workers across the country have faced off with company management that is “completely unwilling to meet at the Bargaining Table in good faith,” per the news release.

Orlando Weekly reached out to Starbucks for their response. A spokesperson for Starbucks management stated:  “As we have said throughout, we will respect the process and will bargain in good faith guided by our principles laid out here. We hope that the union does the same.”