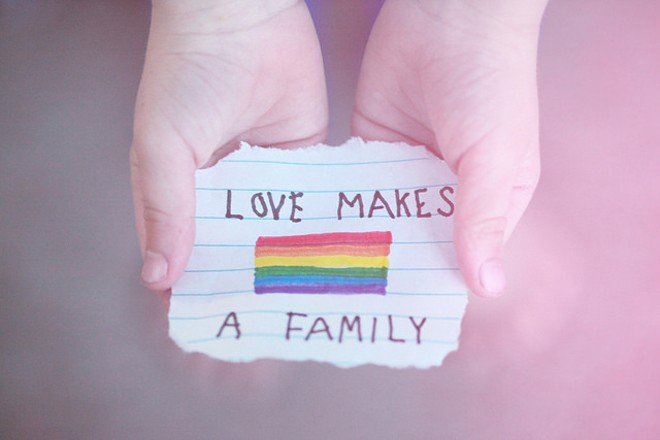 D. Sharon Pruitt, Purple Sherbet Photography
Last week, we told you that the Senate Rules Committee had scheduled a hearing to discuss the controversial HB 7111 – the bill that would have given private adoption agencies that receive taxpayer dollars the freedom to refuse to work with adoptive families based on religious or moral convictions. Equality Florida says that after hours of discussion, the committee agreed to not to support the bill.

So, it looks like HB 7111 is finally dead – at least during this session.

According to the News Service of Florida, the bill had to be tabled because the committee simply ran out of time due to the number of people who came out to testify during the meeting.

"I tried to warn everyone that we had time limitations, but people came from all over the state (to speak)," Simmons told the News Service of Florida. "It's not been before the Senate before, so therefore it's important that everyone have the opportunity to say his or her viewpoints on this issue. … I think there were important new points that were brought out." According to Simmons, it would be "premature" to call the bill dead, but it's very unlikely that the bill will make it out of committee and before the full Senate this session.

That doesn't mean that the usual suspects aren't going to go down kicking and screaming and warning of future legal action.

"If this bill does not pass, within one year, it's guaranteed there will be lawsuits based upon equal protection, based upon local non-discrimination ordinances," said John Stemberger, president of the Florida Family Policy Council, told the News Service of Florida. "Baptists, Catholics, and other faith-based agencies will be sued claiming that they're discriminating, just for having a preference to place a child with a married mother and father."