Savage Love: 'What I thought would bring me happiness really hasn't' 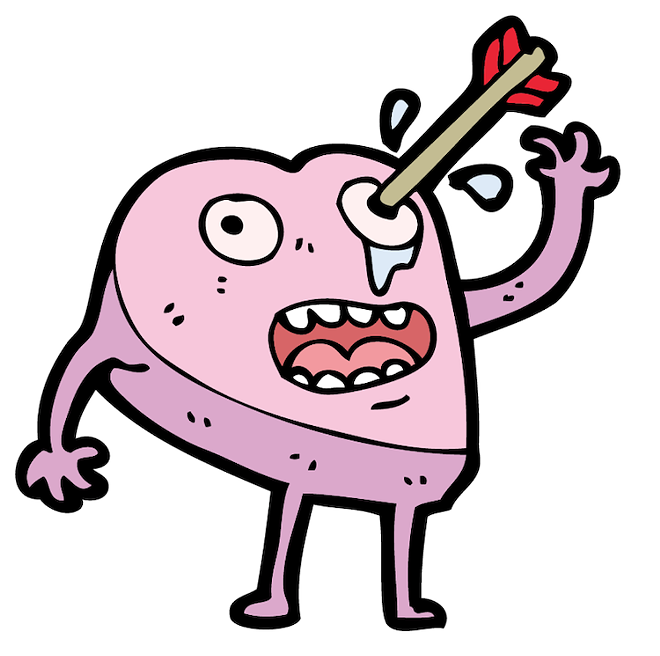 There's more to this week’s Savage Love: To read the entire column, go to Savage.Love.

Q: I’m a gay Black man in my early 30s. When I was a teen, I was called fat and ugly by family and friends. I should also point out that I was in an all-white community with white parents. When I was coming to terms with my sexuality as a teenager, I began working out. I built a lot of muscle and have kept it on for the past 17 years, and working out really helps with my anxiety issues. I get a lot of attention from guys, and I’m frequently told how good-looking I am. I used to revel in this because I thought I was ugly. But what I thought would bring me happiness really hasn’t. I’ve wanted to have a monogamous romantic relationship with someone where we both love and respect each other. It hasn’t happened. I’ve gone out on dates with guys who shoved their hands down my pants in public. One time when a guy asked for my number in Target, he began to fondle my nipple when I was putting it in his phone. I’ve been sexually harassed at work and pressured to have sex after saying no. I’ve looked to some older, wiser friends and mentors for support about some of these experiences, but I am often told that I should “enjoy the attention while I’m young” or that I should expect this behavior because of how my body looks and how I dress. Some of my friends have told me not to take things so personally and that some guys just see me as their gay Black fantasy come to life. Is this really what I have to look forward to in my romantic journey? Parts of me wonder if some of my challenges are about my Blackness. I know this is not always the case, and honestly there’s a feeling of shame to even bring this up as if I’m using my race as an excuse for my problems. But my experiences have been so different from my white friends and mentors that I’m unsure. I’m seeing a therapist who is a person of color who has been helping me with my blackness and sexuality. But my big question for you is this: Am I doing something wrong? Or am I navigating the same challenges other queer people of color face?
All Around Confused

A: Your therapist is both better qualified and in a better position to help you parse the challenges imposed on you as a queer person of color, the challenges imposed on you by your experiences growing up and the challenges you may be imposing on yourself. But I will say this: There’s nothing shameful about wondering whether your Blackness — along with other people’s racism, your own internalized anti-Blackness, and other forces beyond your control — may be interfering with your happiness.
But I will say this, AAC: You deserved better from your family and friends growing up; you deserve better from your friends, mentors, romantic partners, sex partners and strangers at Target now. You should be able to wear what you want without guys touching you without your consent. No one should be pressuring you to have sex you didn’t explicitly say yes to and/or have already explicitly said no to. And if being someone else’s “gay Black fantasy come to life” was something you enjoyed doing — if stepping in and out of that role was something you wanted to do for yourself — that would be one thing. But you shouldn’t be consigned to that role by strangers, AAC, and it troubles me that your friends think you should have to tolerate it, much less embrace it.

As for whether you’re doing something wrong … There are guys out there who’ve done everything right and still haven’t managed to find — into their mid-30s — a relationship they want. Remember, AAC, it’s not as simple as finding a guy who wants the same relationship model you do, i.e., the loving and monogamous model over the loving and non-monogamous model. You have to find someone who wants what you want and that you’re sexually compatible with. It should go without saying that sexual compatibility is hugely important in sexually exclusive relationships, but I’m saying it because people enter into sexually exclusive relationships with people they don’t click with sexually all the fucking time. (Seriously, some weeks it’s half the mail.) But sexual compatibility by itself isn’t enough. You also have to find someone whose career, life and family goals align with your own. And at some point, AAC, you will have to compromise. You may find a guy who wants monogamy but also other things (kids? poodles? tit rings?) that you do not. Or you may find a guy you click with sexually emotionally, and socially but who doesn’t want monogamy You may not want it forever. To make a relationship work over the short term, you will have to negotiate and make compromises; to make one work over the long term, you will have to renegotiate and revisit those compromises.

Two final things … First, I’d like to invite gay or queer Black readers to jump into the comments thread and share your experiences and insights with AAC. And if you’ve never seen the film Tongues Untied, AAC, you might want to sit down to watch it. Marlon T. Riggs’ 1989 documentary about what it means to be Black and gay in our culture is just as relevant now as it was 30 years ago. Everyone should watch it.

Q: Would you mind reminding your gay male readers that it’s rude to take pictures of strangers in public? (I guess men do this to masturbate to them later?) I’m a straight man who has lived in Seattle for four years and what gay men do to random male pedestrians here ranges from nuisance to battery. It’s usually innocuous: I’m walking down the sidewalk, a gay man and his friends see me, whisper together, start giggling, then one of them pretends to take a photo of their group when they’re really taking a photo of me. This happens every half-mile. Other times, gay men straight up just take my picture. Sometimes one will step directly in front of me, hoping to bump into me for a “meet cute.” Yesterday, I was walking, and I see three 50-year-old men huddling together, and when I looked up all three were taking my picture. I ignored it, but I hate it. I kept walking but three other gay men were up ahead, and they stepped directly in front of me to block my way. One of them intentionally took a big step to the side, and when I was still passing, elbowed me “accidentally,” then turned to me laughing and said, “Oh, sorry!” I’m sure most gay men would claim to never engage in such behavior. But when they get in groups, they allow their friends to do things they wouldn’t otherwise do. It’s cowardly and it needs to stop.
Sneakily Taking Other Peoples Pics Is Completely Shitty

Go to Savage.Love to read Dan's answer to this one.
[email protected]
Listen to Dan on the Savage Lovecast.
Follow Dan on Twitter @FakeDanSavage.