Savage Love: ‘I prove to myself how straight I am by teasing gay guys on Grindr’ 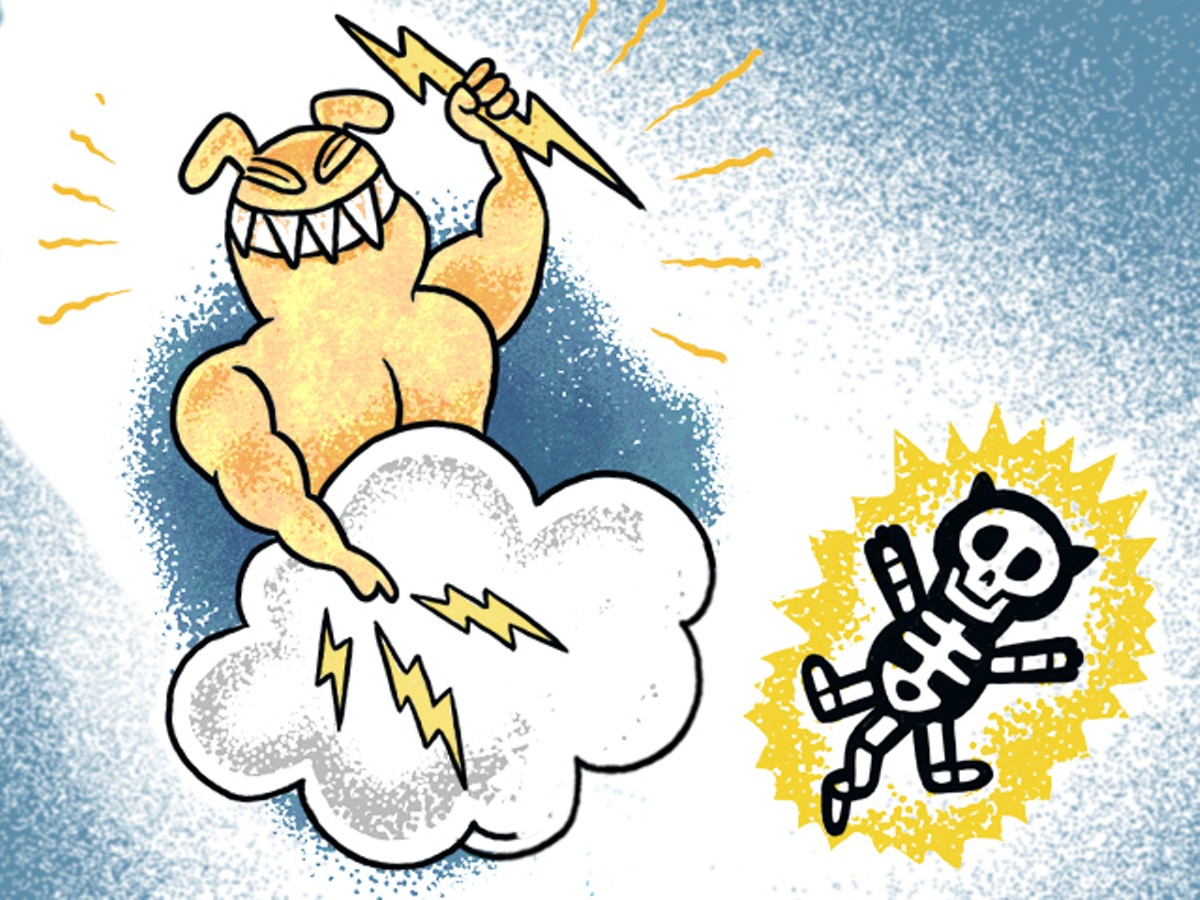 Dear Dan: I'm a 26-year-old masculine straight guy who loves exploiting the fantasies so many gay men have about straight men. When a gay guy is into me because I look like his straight-masculine-jock dream, it's a power trip like no other.

It's always a specific type of bottom gay dude I seek out when I get on Grindr: a very feminine "thicc" guy with a pretty face and physical features begging for a dick. And I always follow the same script: I send my dick pics, I make one of these thicc bottom boys want me, and I tell him to send me a video of him twerking like a stripper for me. But I don't go through with the meetup. I've experimented a few times and have gotten head from a few guys, but I have no interest in dick or fucking one of these dudes. I don't want to harm anyone or live a lie, but I don't feel queer or bisexual at all. I actually feel like I'm proving to myself just how straight I am by teasing these gay guys. And in all honesty, I feel like I'm doing them a service because a lot of gay guys are looking for that rare, mythical thing — the straight and strict Dom top — and I can play that role.

But on some level, this all seems pretty fucked up and I don't know why I do this and sometimes I'm confused by it. I also worry this comes from a homophobic place. ("Look at this dumb twink, he's so stupid and obsessed with dick he'll do whatever I tell him to, I'm the alpha.") And I guess it is homophobic because when you remove the intensity and power trip of being the straight male in this scenario, I just have no interest in guys at all. I know this was heavy. Sorry. But please answer my question. —Ally Loves Personifying Homophobic Assholes

Dear ALPHA: "I don't see any major problems with this, and I'm not fully clear on what he perceives his problem to be," says Alexander Cheves, the famed gay sex writer, author and columnist. "For gay men, straight men can be a kink, and the reverse can also be true. Regardless of how he identifies, ALPHA enjoys dominating feminine gay men, who he ultimately denies. Sexual withholding — denying and being denied sex — is part of many fetishes and is really hot. So this guy's kink involves withholding and, like many kinks, it involves role-play. He's role-playing as 'the straight strict Dom top.'"

"We all enter Grindr chats willingly, and we should do so knowing that anyone we talk to may have no plans of following through with their promises to meet," says Cheves. "Many queer men do the same — talk and tease with no intention of meeting — and for similar reasons. The guys he is messaging are chatting with him consensually, so I don't see any consent violations."

Now if you were uploading or sharing the video clips these guys make for you without their knowledge, ALPHA, that would be a very serious consent violation. It would also be a crime in many places. But if feeling powerful and/or powerfully desired is all you want, ALPHA, and these femme thicc boys are willing to meet that need for you, and you're meeting a need for them, there's nothing wrong with what you're doing.

"Even the homophobia bit is not alarming to me," says Cheves. "Shame, stigma, and prejudice have their place in many fetishes. I think these things often lead to fetishes in the first place. So long as ALPHA isn't committing violence against these men or causing them harm, I don't mind that he likes degrading them. I like guys who degrade me and call me a faggot, and I don't much care if this fun part of my sex life comes from latent homophobia in me or the men I play with."

There's a big difference between screaming homophobic slurs at someone on the street and seeking out gay men who enjoy what linguist John McWhorter described on my podcast as "theatrical subjugation." While homophobia unquestionably shaped the desires of the men who find your schtick appealing, ALPHA, you're not promoting homophobia or justifying homophobic violence.

And if you were to decide you are some kind of gay or some kind of bi or a whole lot of heteroflexible, ALPHA, you wouldn't be the first Dom top who liked feminine gay men but had zero interest in dick. Some gay bottoms are fine playing with tops who ignore their dicks; some gay men get off on having their dicks ignored. And since some trans men are gay and some trans gay men are femme and some trans men are subs and not all trans men — gay or otherwise — get bottom surgery, ALPHA, that means there are lots of gay men out there without dicks for you to choose from.

"But unless he calls himself gay, he's not gay," says Cheves. "Being gay or queer isn't really about the chemical processes of arousal in the brain and body. It's a willingness to be one of us, to claim oneself as part of our tribe. If he doesn't feel the need to do that or thinks doing so would be disingenuous — indeed, if he must be straight for this kink to work — then he's straight. As long as he's doing no harm — just having hot, consensual Grindr chats with guys before ghosting them — he can be whatever feels true for him."

Alexander Cheves is a columnist for OUT magazine and runs the popular "Love, Beastly" advice blog. His new book My Love Is a Beast: Confessions comes out next month. Follow him on Twitter @BadAlexCheves.

Dear Dan: I call bullshit on RUBBED's letter and query about reporting her former massage therapist. Business relationships can turn into friendships and friendships can turn into something more. In this case he fucked up, he should have been monitoring his emotions better, but she was a willing and equal participant in their evolving connection. But she says she "went into instant shock" when her "very close friend" of three years told her he had feelings for her? SHOCK? Did she call 911?

She seems to want it both ways: She wanted him to be her "very close friend" while at the same time maintaining a professional distance. Her reaction could have simply been, "I don't feel that way about you, and I can't see you anymore." I think your advice was correct, Dan, but something about the tone of letter rubbed me the wrong way. Perhaps it was the total lack of empathy for her "very close friend" (sorry, I can't help myself) who has also suffered in this, even if it was a consequence of his mistake. —Getting Outraged Over Dumbass Letter On Rainy Day

Dear GOODLORD: People are allowed to have a WTF moment when something blindsides them — and RUBBED sounded blindsided — but I agree that she's overreacting. Also, her former massage therapist is already out of work, GOODLORD, as some other readers pointed out. The business RUBBED helped him get off the ground shut down during the COVID-19 pandemic — a pandemic that's still raging, thanks to all the idiots out there who refuse to get vaccinated.

My new book Savage Love From A to Z: Advice on Sex and Relationships, Dating and Mating, Exes and Extras comes out this week from Sasquatch books. Get it wherever you get your books!