Saturday Night Live had our deeply stupid state in its sights over the weekend, taking aim at Gov. Ron DeSantis and the legislature due to the proposed "Don't Say Gay" bill.

In a "Weekend Update" segment, SNL's Kate McKinnon initially pretends to believe the bill is combatting the use of gay as a pejorative in public schools.

She goes on to praise Gov. DeSantis and Florida for taking the progressive step of defending gay students before host Colin Jost interrupts to inform her of the bill's real purpose: barring discussion of sexual orientation and gender identity. 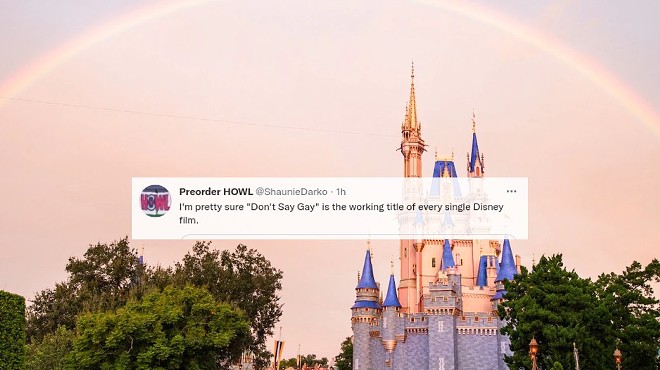 
A flustered McKinnon then went on to accidentally say gay several times in a response criticizing the bill.

“I am deeply gay. Sorry, concerned. Deeply concerned," she said. It just feels like this is going to make kids gay and trans ― sorry, depressed and suicidal."

McKinnon went on to call the law "unconscionable" and ask what its purpose is. She returned to the hurtful usage of her youth in calling out the proposal.