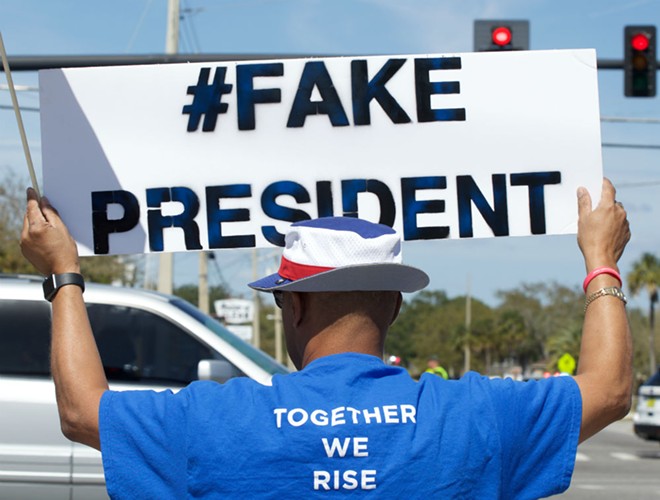 Photo by Monivette Cordeiro
Activists will voice their frustrations over the apparent mismanagement of investigations into Trump and Putin's cozy relationship this weekend.

On Saturday, June 3, Orlando will join 135 cities across the country for the March for Truth, a nationwide protest demanding transparency in the investigation of Russia's involvement in the 2016 presidential election.

The protest will begin downtown in front of the Orange County Courthouse (425 N. Orange Ave.) at 6 p.m.

Lead organizers for the nationwide movement include Andrea Chalupa, Jordan Uhl and Justin Hendrix. Coordinators for Saturday's protest include grass-roots volunteers and organizations like #Resist: Orlando.